Fun Fact: We’re not necessarily living longer it’s just that fewer people are dying at birth or of disease. So, the combined average has simply increased.

It wasn’t until I was older that I began to understand the weight my grandparents must have and still experience daily of waking up in the morning and checking the obituaries.

My grandparents are some of the lucky ones – they’ve all lived lives most of us would dream of. But, as we all know most of us won’t be so lucky.

According to Howard S. Friedman, “Americans born in the year 1900 could expect to live about 49 years. Post-war baby boomers of the late 1940’s will live on average to their late 60’s, and babies born today have a life expectancy of about 79 years.” [1]

But, hypothetically, even if we were to live longer what’s the point of prolonging the inevitable if your quality of life is awful?

Working jobs we don’t enjoy, living lives in which have been imposed upon us by uncontrollable factors, events and/or situations in which we’ve been born into. As if life, without these turmoils isn’t hard enough.

All of this is to say, when a vast majority of Americans, living in a “developed first-world country,” are some of the most unhappy people… these completely controllable factors piss me off, just a little.

“Americans have never been the happiest bunch, Gerzema says. In the nine-year history of the happiness poll, the highest happiness index was 35% in 2008 and 2009[2].”

If we could improve the quality of our lives then, why are we not…? But, before we get into the solutions I think it’s important to debunk a few of the myths circulating around out there.

Here are the top three… 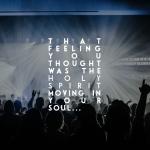 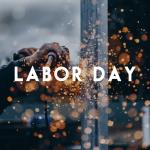 September 2, 2018 The Forgotten Meaning of Labor Day
Recent Comments
0 | Leave a Comment
"Manipulation and persuasion are not quite the same. Sadly, the first is probably easier and ..."
K Curtis Is Manipulative Worship Okay?
"Pretty nonsensical hermeneutic, since "the Bible" - in the form in your hands in 2021 ..."
KraigDeKompressorKruncha Five Things You Should Know Before ..."
"But if slavery is wrong now, it was wrong in 1776. Or did it transition, ..."
josephPa Redefining the Fourth of July
"Well it's been four years since this blog last appeared. So I checked but I ..."
Bob Shiloh Progressive is the New Evangelical
Browse Our Archives
get the latest updates from
Andy Gill
and the Patheos
Progressive Christian
Channel
POPULAR AT PATHEOS Progressive Christian
1