In my moments of deepest introspection I have to admit that I think of God as a character from a Dickens novel: Scrooge. I’m not being facetious. Way down in the subconscious mind, somewhere in those murky depths of personality, my image of God is that of a guy who sits on a pile of gold and hoards it.

My complaint goes something like this: I keep asking. It’s like I have to convince Him of what I need and cajole Him to give it to me, even when I’m asking favors for others! How is this fair? I mean, isn’t He the one who said, “Ask for what you will, and it will be granted to you” (John 15:7)? Can’t He help me out every now and then?

Notice how many times I said “I, me, my” in the last two paragraphs. That’s kind of the essence of my dilemma.

When my petitions focus on me, my wants, my needs and my expected outcomes (even for others), God seems like a tightfisted Scrooge. That concept swims around in my unredeemed self like one of those strange deep-sea creatures in the Marianas Trench. It’s deeply immersed, and it hides from the light.

If I am to grow in faith, I must hook that awful creature, haul it up from the darkness of unbelief and expose it to the light of truth, which is this: if God is anything like a Dickens character, He’s the Spirit of Christmas past, present and future, and every possible generosity. If only I will believe that with my whole being.

To be fair, I’m a true believer, and I think I’m mature enough to know that God is not Santa Claus handing out gifts to children as rewards for good behavior; nor is He a permissive parent who aids and abets a child’s sense of entitlement. Despite my inner complaining, I do have a rational understanding of God that is located somewhere between those two images. The problem is that they are negative concepts. They tell us what God is not.

But Jesus always tells us who His Father is – and He’s not Scrooge.

In our Lord’s discourse with Nicodemus (John 3:31-36), Jesus said: “The father loves the Son and has given everything over to him.” He added, almost as a passing thought, that He (Jesus) “does not ration his gift of the Spirit.”

I think what this means is that God gave His enormous pile of gold to Jesus, who admits of no limits when distributing the treasure. No rationing. No calculating. Just total, amazing, unfettered generosity – of His Spirit and life (John 6:63).

This is a different concept of God’s goodness, but only if we understand that the gift to be distributed is not a thing. He’s a Person. The Holy Spirit is not gold. He is gold’s creator. The Lord of all things. For whom nothing is impossible, ever. He’s the ultimate gift.

So, basically, in prayer, I’m the problem: “I, me, my.” My begging prayers are like a vortex of self-concern, which can betray me even when I think I’m generously concerned about others. A vortex always turns back on itself and into itself. There’s too much ego, worry, anxiety, pain or self-interest in just about everything I do, and I’m not being humble here. I’m just being honest. I’m also in pretty good company.

In the past I thought it strange that all the saints believed they were worms and the worst examples of humanity on the face of the earth. But the older I get, the less that seems strange. The saints are those rare individuals who have looked into their own Marianas Trenches and have seen all the sea creatures lurking there in the depths. They show us that only a Spirit stronger than their deeply-rooted sin and concupiscence can draw these impurities up to the surface and expose them to the Light.

The other problem is a distorted view of things. It’s a vague sense that if God doesn’t answer my prayers He must be displeased with something I’ve done, or worse, something I am. I forget the image of the Father in the Parable of the Prodigal Son. Behind that bit of amnesia is the nagging sense that maybe God doesn’t really want to answer my prayer. He’s a stern Father. His favors are morsels of bread tossed out by a parsimonious deity who makes his subjects earn his love.

Fatherhood. Now, there, we’re on to something. Dickens’ Scrooge was not a father. He was a miserable bachelor who never thought about anyone but himself and his money. After decades of self-enclosed narcissism, Scrooge was as confirmed in love of self as any addict who loves his substance.

Bob Cratchit, who put the tiniest crack in Scrooge’s self-absorption, was a father. The story describes him as always and infallibly generous with others, even his miserly patron. Ah, blessed fatherhood. Both scripture and literature describe it as the font of providence and generosity toward the needs of children.

In that regard, another little-known saying of Jesus needs more attention. In Luke’s Gospel, He says, “If you, then, though you are evil, know how to give good gifts to your children, how much more will your Father in heaven give the Holy Spirit to those who ask him!” (Luke 11:13). We keep coming back to the Spirit. The Father and the Son both seem to dispense the Spirit without…well, ration.

The prayer for the Holy Spirit is a child’s purest prayer. It pleases the heart of the Father more than any other. Every good father provides for his children, but while he delights in giving them what they want, he knows that he must first give them what they really need. Why should the heavenly Father be different?  He wants to fill our needs, of course, but He really wants to give us the ultimate gift, that of His Spirit.

We usually don’t ask for the Spirit when we’re stuck on self, in crisis mode, our souls too full of the detritus of fear and anxious concerns that go along with begging. The one who prays out of “I, me, my” is a beggar. The one who says, “Father” is a son or daughter. Every prayer Jesus ever uttered, especially His marvelous high priestly prayer in John’s Gospel (the whole of Chapter 17), was a “Father” prayer.

Should I not pray for all the things I need and for everyone else, then?

The only obstacle to the Holy Spirit in our lives is not God’s ability to meet our needs, but the capacity of the receiver to receive the gift. St. Augustine describes intercessory prayer as the force which enlarges our inner lives like stretching out a leather bag so we can receive more grace. Today we’d describe it more like taking a crumpled plastic bag by both handles and popping it open in the air to reach its full capacity. Augustine was a smart guy.

In other words, I’m probably complaining too much and not asking enough.

Trust removes those sea monsters of unbelief that lie in the depths of our characters. Trust opens a path to the Light and purges the murky blackness of self that encumbers all our prayers. Trust in God the Father’s providential love for us leads us to pray all prayers with the purity of a childlike heart.

And what about all those unanswered prayers? What’s a son to do with those?

Fathers are always taller than their little children. From their superior height they see a wider horizon. In fact, God the Father is so tall that He can look down on my need and see the whole of it, from beginning to end, like a helicopter hovering over a highway viewing the cloverleaf design in the interchange below. From my place on the ground, I only see a jumble of roads. Actually, I’m so small I can barely even see the next turn.

We come full circle to the Spirit again, which the Father and the Son send as guide (John 16:13) to help us manage those roads; as teacher (John 14:26) to enlighten us; and as comforter (John 15:26) to strengthen us.

And because I’m a creature of time, sometimes I just have to wait trustingly for His answer…like I had to wait for Christmas when I was a kid. But that’s okay because I’m a son, not a beggar. Christmas always comes, and it’s always worth the wait.

The best part is that the child of a rich father doesn’t wonder if he will be the heir to his father’s pile of gold. He knows it.

In the true Spirit of Christmas, he hops on top of it with a joyful grin, and, like the converted Scrooge, doles out gold coins like there’s no tomorrow.

August 10, 2020
Angels of the Resurrection and Their Dazzling Glory
Next Post 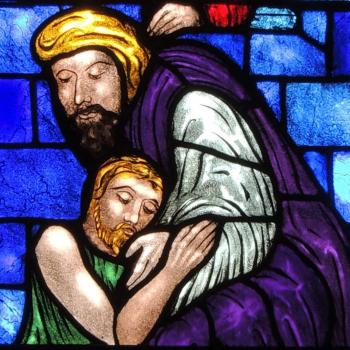 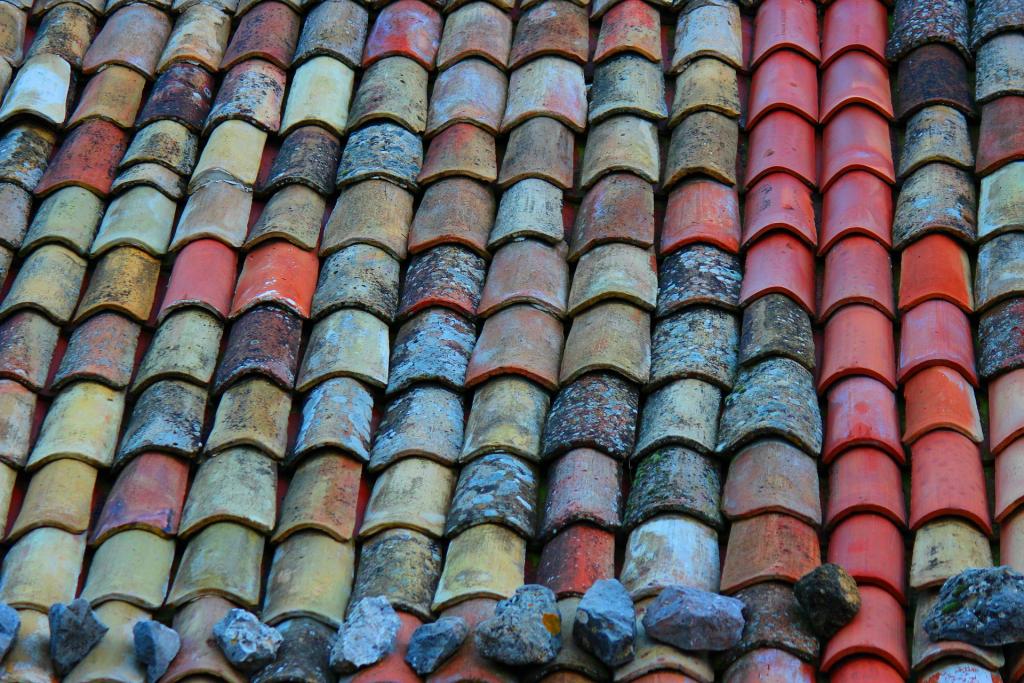 Catholic Answers and the Trouble with Yoga
In a recent Dark Devotional for Sick Pilgrim, I commented on how...
view all Catholic blogs
What Are Your Thoughts?leave a comment