I am putting together a conference paper proposal about John Stuart Mill’s treatment of Mormon polygamy in his classic “On Liberty.” As I do that, I want to share with you the passages that I am considering.

The forth chapter of John Stuart Mill’s 1869 “On Liberty” starts with the following questions:

WHAT, then, is the rightful limit to the sovereignty of the individual over himself? Where does the authority of society begin? How much of human life should be assigned to individuality, and how much to society? 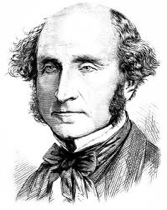 The same chapter ends with the following about Mormonism and polygamy:

I cannot refrain from adding to these examples of the little account commonly made of human liberty, the language of downright persecution which breaks out from the press of this country, whenever it feels called on to notice the remarkable phenomenon of Mormonism. Much might be said on the unexpected and instructive fact, that an alleged new revelation, and a religion founded on it, the product of palpable imposture, not even supported by the prestige of extraordinary qualities in its founder, is believed by hundreds of thousands, and has been made the foundation of a society, in the age of newspapers, railways, and the electric telegraph. What here concerns us is, that this religion, like other and better religions, has its martyrs; that its prophet and founder was, for his teaching, put to death by a mob; that others of its adherents lost their lives by the same lawless violence; that they were forcibly expelled, in a body, from the country in which they first grew up; while, now that they have been chased into a solitary recess in the midst of a desert, many in this country openly declare that it would be right (only that it is not convenient) to send an expedition against them, and compel them by force to conform to the opinions of other people. The article of the Mormonite doctrine which is the chief provocative to the antipathy which thus breaks through the ordinary restraints of religious tolerance, is its sanction of polygamy; which, though permitted to Mahomedans, and Hindoos, and Chinese, seems to excite unquenchable animosity when practised by persons who speak English, and profess to be a kind of Christians. No one has a deeper disapprobation than I have of this Mormon institution; both for other reasons, and because, far from being in any way countenanced by the principle of liberty, it is a direct infraction of that principle, being a mere riveting of the chains of one-half of the community, and an emancipation of the other from reciprocity of obligation towards them. Still, it must be remembered that this relation is as much voluntary on the part of the women concerned in it, and who may be deemed the sufferers by it, as is the case with any other form of the marriage institution; and however surprising this fact may appear, it has its explanation in the common ideas and customs of the world, which teaching women to think marriage the one thing needful, make it intelligible that many a woman should prefer being one of several wives, to not being a wife at all.

Other countries are not asked to recognise such unions, or release any portion of their inhabitants from their own laws on the score of Mormonite opinions. But when the dissentients have conceded to the hostile sentiments of others, far more than could justly be demanded; when they have left the countries to which their doctrines were unacceptable, and established themselves in a remote corner of the earth, which they have been the first to render habitable to human beings; it is difficult to see on what principles but those of tyranny they can be prevented from living there under what laws they please, provided they commit no aggression on other nations, and allow perfect freedom of departure to those who are dissatisfied with their ways. A recent writer, in some respects of considerable merit, proposes (to use his own words) not a crusade, but a civilizade, against this polygamous community, to put an end to what seems to him a retrograde step in civilization. It also appears so to me, but I am not aware that any community has a right to force another to be civilized. So long as the sufferers by the bad law do not invoke assistance from other communities, I cannot admit that persons entirely unconnected with them ought to step in and require that a condition of things with which all who are directly interested appear to be satisfied, should be put an end to because it is a scandal to persons some thousands of miles distant, who have no part or concern in it. Let them send missionaries, if they please, to preach against it; and let them, by any fair means (of which silencing the teachers is not one,) oppose the progress of similar doctrines among their own people. If civilization has got the better of barbarism when barbarism had the world to itself, it is too much to profess to be afraid lest barbarism, after having been fairly got under, should revive and conquer civilization. A civilization that can thus succumb to its vanquished enemy, must first have become so degenerate, that neither its appointed priests and teachers, nor anybody else, has the capacity, or will take the trouble, to stand up for it. If this be so, the sooner such a civilization receives notice to quit, the better. It can only go on from bad to worse, until destroyed and regenerated (like the Western Empire) by energetic barbarians.

The entire chapter can be found here.

I will keep you updated! 🙂 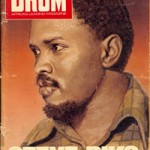 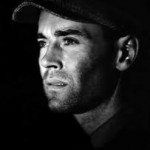 August 14, 2013 Holy Ghost of Tom Joad (Hymns of Social Justice)
Recent Comments
0 | Leave a Comment
Browse Our Archives
get the latest from
Latter-day Saint
Sign up for our newsletter
Related posts from Approaching Justice