UPDATE: (September 8, 2013) My praise did not help Mr. Rudd in the Australian elections on September 7. Mr. Rudd and his Labor Party got crushed. He will no longer be prime minister and has announced that he will step down as head of the Labor Party.

Kevin Rudd is the prime minister of Australia. In a recently televised Q & A, Rudd offered a response to a question about why he changed his position on gay marriage. His response is both philosophical and theological.

Now, I want to give credit to the pastor for asking the question. He likely knew it would not be a very popular stance to take in this setting. Additionally, had he not raised the issue…we would not have this clip.

While it is tempting to say, “Look! This politician just schooled some religious guy!” To do so would miss the value of this clip. Rudd does not tell him to take his religion and shove it. He instead offers a counter-argument which is also very religious. I also like that he asked a follow up question of the pastor to clarify the pastor’s position. We often are too quick to make assumptions during arguments about these issues.

Mr. Rudd is not only right in his answer, but the way he formulated and presented his response is an example to all of us. 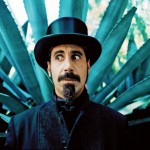