The following is a quest contribution to “Are Mormons Christian?” An Interfaith Round Table

As a Muslim, I am supposed to follow the Qur’anic injunction, that when speaking to Ahl al-Kitab – the Family of the Book (“people of the book” is really not a good translation; “Ahl” means, primarily, “family”), I should try to discuss the things we hold in common, and not the things we hold in dispute. Qur’an also assures us that people will argue about the nature of Jesus (peace be upon him) until the Day of Reckoning – and on that occasion, God will explain to us the truth about which we all differed.

As a former Catholic, I also understand that Christians have had profound, intense differences about exactly what makes someone a Christian – or makes them a heathen, or a heretic. These arguments were not confined only to the 2nd to 5th centuries, the middle ages, or the 13th – 16th centuries. In the early 1950s, in Virginia, when I was about 9 years old, I got shot at by the KKK – because our family was Irish Catholic; and Irish wasn’t white, and Catholic was papist demon-spawn – not even human. Many Catholics and Protestants anathematize each other, to this day. In Jerusalem, in the Basilica of the Holy Sepulchre, I heard a Greek Orthodox priest say, to an Ethiopian Orthodox priest, that he wasn’t sure that either Protestants or Catholics could truly be called Christian. “After all,” he said, “they all shave their beards.”  (I didn’t have opportunity to question him about credos)

Are Mormons, Christians? Are Jehova’s Witnesses? What about Unitarian Universalists? Christian Scientists? Members of the Unification Church?  They’re none of them really within the boundaries of the traditional Christian credos. They all say that they’re Christians. For a Muslim – or for a Buddhist, or a Hindu, or a Zoroastrian, a Jain, a Taoist – what they say, is all we can really go by. I know that that can be annoying for a Christian – but, as a Muslim, I’ve got to deal with Taliban, Al Qaeda, Al Shabab, Boko Haram, Lakshar-i-Jahangi characters saying they’re Muslims. Since they say, “La illaha ilallah, Muhammad rasuul allah”, I have to accept them as Muslims, no matter how crazy they are. I don’t have to agree with their interpretation of the faith, don’t have to agree that they’re very good Muslims, I don’t have to agree that they are in their right minds – in fact, I think somebody should be calling for the net for these folks – but I have to agree that they’re Muslims.

For Christians, the test is not so clear. How about The Lord’s Resistance Army? They actually started off as a Pentecostal sect – their political program (when they bother to have one) is that the 10 Commandments should be the law of the land. They say they’re Christian. What about the Taipeng? They claimed to be Christians. 40,000,000 people died in that ruckus. From the outside, I can’t say that they weren’t Christians. I had a long argument once, on a train – the Northwest Frontier Express, bound from Patna, in Bihar, to Rajasthan, with a fundamentalist Hindu, who said that Hitler and the NAZI Party were all good Christians, and that proved how terrible Christianity was. I had to point out that the III Reich was not really the best demonstration of Christian values – but Hitler and the party definitely did claim to be defending Christian civilization, and I don’t know that any of them ever said that they were not Christians.

As a Muslim, I have to accept as Christian, anyone who says that they’re Christian. As a Muslim, I have to accept the Bible as authentic scripture – I don’t have to accept anybody’s particular interpretation of it. Islam doesn’t accept original sin. In the Islamic interpretation, Adam and Eve sinned, but they were forgiven. In any case, the punishment for the parent’s sins can’t justly be enacted upon the children. So – no need for vicarious atonement. Humans get themselves into all sorts of problems; but God is Merciful, and Divine Forgiveness is always available to those who seek it. Thus, “salvation” in the Pauline sense, is moot. Jesus is the Messiah looked for by the Beni Israel; but salvation is something very different from what most Christians claim it to be. At least, that’s the Muslim view.

But the question of whether Mormons are Christians is important to me as a Muslim, because the world of Islam is currently suffering severely because of arguments about who is a Muslim, and who you can point to and say, “They’re not a Muslim”, and if you do identify people as non-Muslim, what can you do to them? Declaring people “kufar” – “takfirat” – and arguments that if people are kufar, they should be killed – is the root of what is called, in the west, “Islamic terrorism”. (I do have to point out that the overwhelming majority of people who have been killed in this intra-religious conflict have been Muslims; all the Christians or westerners who have died in “Islamic terrorist” attacks have totalled only a fraction of a percent of the Muslims killed.)

As a Muslim, I have to say to my Christian cousins in the Family of the Book – be very careful with this question, “who is really a Christian?” In Northern Ireland, and parts of the Balkans, Christians – Protestant, Catholic, Orthodox – are, to this day, killing each other about this question; and the extremist hostilities playing out in those regions are still being taught in some large, well funded – allegedly – Christian institutions here in the United States. I don’t have a solution for Christians; it would be presumptuous for me to offer one. This is an issue for Christians to determine, not for anyone else; my dog’s in a different fight entirely. I pray that God will guide you in your thinking and discussion, and I pray that your efforts will, overall, lessen hostility and division among people of faith – hostility which can only benefit shaitan, the common enemy of all humankind.

“I’m a Muslim, Sunni, a shaykh in a traditional sufi order, the Mevlevis – the order founded by the 13th century poet-mystic, Jelaluddin Rumi, known as the “Whirling Dervishes”. I’ve participated in sufi circles and rituals in the U.S., Morocco, Egypt, Turkey, Palestine, Israel, Pakistan, and India. I’m an Imam (although I’ve got osteoarthritis in my hip which prevents me from getting up and down in prayers, so I don’t lead the salat often anymore). I served as Muslim chaplain in prisons in northern California during most of the 1990s. Since the 1980s, I’ve taught classes and courses in Islam, Sufism, and History of Religion at a number of colleges and universities in northern California, most recently at the Graduate Theological Union in Berkeley. … Hon. discharge, USMC. Worked in the rock&roll business in the late 1960s, moved to Los Angeles in 1969, to San Francisco in 1971 … Now live in Oakland, and work for a small NGO in Hayward, CA.” 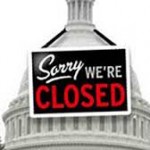 October 17, 2013
Surviving the Shutdown as a New Young Public Servant
Next Post 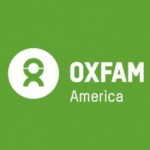