The Metaphysics of Halloween: Enjoy the Snickers

For me, it also poises a fun opportunity to examine how we use truth claims over the most trivial of things.

What is Halloween all about?

There is a history of how Halloween has evolved from Medieval time to now. However, our celebration of Halloween today has little to do with those roots. Sure, we borrow certain images from that tradition. But even those images are more Madison Avenue and Hollywood than they are All Hallow’s Eve. 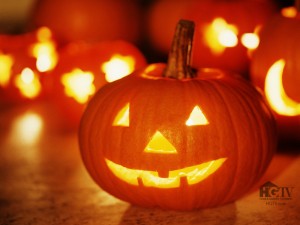 Halloween as we know it, much like Christmas and Easter, is a construct of 20th century bourgeois suburbia. Macy’s and Coca-Cola have as much of an influence on Christmas as the winter solstice and any Christian narrative. Halloween is no different, though I might trace it more to K-Mart, Sears, Mars, and Hershey’s.

Does this mean we should take Halloween back from the market influences of capitalism? No. I am not saying that Macy’s or Hershey’s have corrupted these holidays. They have shaped them. They are as much part of these traditions as any other influence.

Halloween, when it comes down to it, is about candy and wearing a costume. I am not a fan of costumes. I am not eating regular candy anymore. But I find Halloween to be fun because my family enjoys it.

Now this is not all that much of a stretch. Is not Halloween about ghouls and goblins? It is a holiday we largely celebrate in the actual darkness of night. Halloween also uses symbols that might have at one time been associated with the Occult, paganism, or Voodoo.

However, much of our discomfort with paganism is rooted in the extent to which we are so close to it. Anglo-European cultures and societies were deeply pagan prior to largely adopting Christianity as a paradigm. The vilification of paganism is as old as European Christianity itself (if not older in that we find heavy doses of it in Augustine’s City of God). It is as much a form of self-loathing as is it is fear.

While Christians have largely co-opted the pagan symbols of Spring Solstice and Winter Solstice for Easter and Christmas (to be honest, few things are more ridiculous than trying to spin the Christmas tree as a Christian symbol), Halloween has not been co-opted for Christian purposes to same extent. Rather, it has stayed more a target of suspicion. This is particularly the case with fundamentalist Christians, and even some of my fellow Mormons.

I had largely been unaware of this until my first encounter with a “trunk-or-treat.” A trunk or treat is an alternative to trick-or-treating. Instead of going from house to house, youngsters go from car to car in a church or school parking lot. In that particular ranching community, houses had long dirt driveways and were up to a quarter mile apart. The trunk or treat was proposed as a matter of simplifying Halloween night.

Luckily, Mormonism (for all it’s weirdness) has always been open to a good holiday celebration and Halloween fits right in.

The second strand of Halloween essentialists are those that think that Halloween should be the Halloween of their childhood. All other variations are an affront to community and tradition.

This strand of Halloween essentialism often appears around Halloween time when variation on bourgeois Halloween celebration is proposed.

While this is sometimes out of sentiment for the trick-or-treat of our childhood (I think some of you enjoyed it much more than I did), it is sometimes out of concern for community.A trunk-or-treat at a church or school will exclude those that home-school, attend charter schools, or those outside large religious communities (including those that are not part of any religious community).

But let us take a step back. Is trick-or-treating really about community? I have a hard time buying that. Trick-or-treating has roots in hoodlumism and it is now little more than going from door to door trying to get as much free candy as possible.

Lyndee, my wife, commented that her parents no longer do their famous spook alleys at their house since their community (the same ranching community mentioned above) now has a trunk-or-treat and families no longer come by the house. However, this may have as much to do with the fact that is has been a while since any children lived at home.

I greatly appreciate concerns about community, but trick-or-treating on Halloween night is a very thin form of community. More inclusive and well-publicized trunk-or-treats may actually allow for actual interaction between neighbors.

This Halloween, I am starting a part-time teaching gig. I am bummed to be missing Halloween! But I am excited to be back in the classroom. 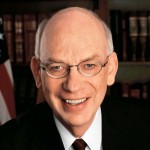 October 23, 2013
Bob Bennett Warns Against the Tea Party and other "Slogan Screamers"
Next Post 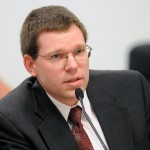