Remembering the never born: claiming a sibling as an Ancestor

Remembering the never born: claiming a sibling as an Ancestor October 13, 2014 Elinor Prędota

As part of preparing for October’s blogging about Ancestor remembrance, I had a long chat with my blogging partner for the project, the very lovely Reba Riley, who blogs on the Progressive Christian Channel at Post-Traumatic Church Syndrome. We found that we have a lot in common, from our shared interest in universal, heart aspects of spirituality, to some ‘coincidences’ in our personal histories and circumstances.

When I was explaining to Reba how I usually carry out my own Ancestor remembrance at Samhain, I talked about all the different kinds of Ancestors and dead people I invite to my altar, to offer hospitality, conversation, and gifts of food, drink, scent, and colour. Similar to the categories described by Yvonne Aburrow in her latest post at Sermons on the Mound, these different non-corporeal persons for me may be:

You might expect, as this is a blog about sense of place, that my first post in the Ancestor Remembrance series would be about Ancestors of place. However, as this is Baby Loss Awareness Week, I’m going to focus instead on a more personal, intimate remembrance: a member of my family of Beloved Dead whom I have never met. One, in fact, who was never born.

The spirit child whom I have never known

The full moon before last, I got up in the wee hours to celebrate as close to the actual moment of the moon’s fullness as possible. I stood on the newly laid patio in the clear moonlight, owls hooting in a nearby scots pine tree, bats gorging on insects overhead.

I lit candles and incense, and invoked Guardians and Gods. We hung out together, those Mighty Ones and I, and I fed them oatcakes and honey, and classic, home-mixed daiquiri served in a quaich.

I thought about telling them a story I had been working with and rehearsing for a while: The Golden Bird. But the Guardians had heard me tell it many times before, and besides, Gods and Guardians both wanted something more personal from me than that.

I found myself telling them the story of myself, and my mother, and one of the most important people in my childhood: my very first sibling, who was lost when my mother had a near-fatal miscarriage, when I was eight years old.

At the end of the telling, I gained two things: a Deity group hug, and the knowledge of just how important that often ‘forgotten’ first sibling was, and remains. Important enough to be an Ancestor.

The story of what happened as a result of that miscarriage, that non-birth, is too personal, and involves too many people beyond just me, to share here. Suffice to say that the impact of hir death and non-birth from that point on was massive.

I claim my never-born sibling as an Ancestor, because hir death fundamentally shaped my life.

And so, this Samhain, I will be inviting my spirit child sibling to come and share the evening with me, as a member of my family of Mighty Dead, Beloved Dead and Ancestors.

And I will be holding all those who mourn infants who have died from miscarriage, stillbirth, or cot death in my heart prayers. 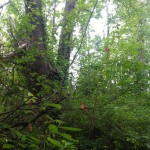 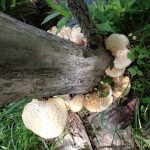 Mabon: The Most Pressing Issue of...
Raise the Horns
Related posts from A Sense of Place