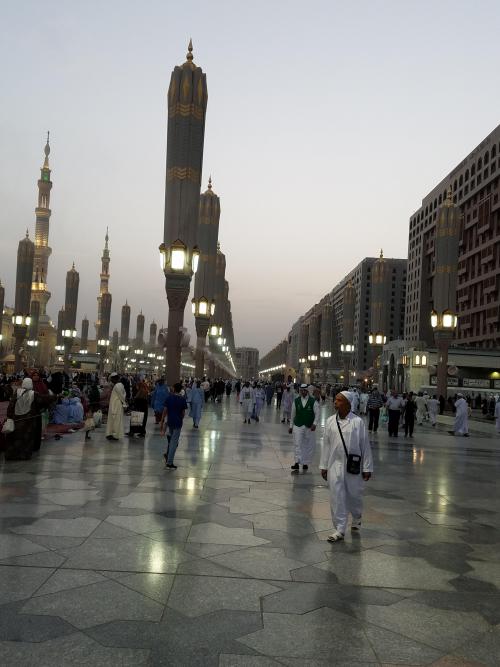 After long and tiring flights from California to Abu Dhabi to Jeddah, we took the flight to Madina several days before the actual Hajj was to begin. We arrived in the Prophet’s city around 10:30 p.m., some 30 hours after leaving home. The fatigue quickly evaporated by the sight of the lights of Madina and in particular, the mosque of the Prophet, known as Masjid an-Nabawi. Though visiting the Prophet’s mosque and the city of Madina, which welcomed the Prophet Muhammad (saw) when he fled from Mecca, is not a required part of the Hajj pilgrimage, it is highly recommended for Hajjis (those who are performing the pilgrimage) to visit the city and Masjid an-Nabawi.

This is the city where the roots of Islamic civilization were established. Every nook and corner in and around the mosque has history attached to it, with the mosque and the mausoleum of the prophet being the focal points. The following is a video followed by a brief gallery of photos I took in and around Masjid an-Nabawi in the days before I departed for Mecca and the Hajj.
Continue Reading
Previous Post 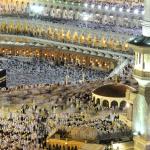 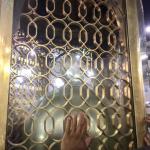 August 31, 2017 My Hajj - Inside the Grand Mosque and the Kaa'ba
Recent Comments
0 | Leave a Comment
Browse Our Archives
Follow Us!