Most of our 5-day stay in Medina was spent in and around the Masjid Al Nabawi. But we did take trips to the outskirts to visit some historic sites. Our group took a bus trip to visit the other holy sites around Medina. I have included some old pictures of the ancient cemetery of Baqih and Masjid al Quba, and the videos of where the famous battle of Uhad took place.

Contrary to the poplar belief, the Masjid al Nabawi was not the first mosque in Islam- it was the much smaller Quba mosque that was built by Prophet Muhammad upon his migration to Medina. (Others believe, as per a verse from the Qur’an, that the first house of worship for mankind was Ka’aba, according to the verse 3:96 of the Qur’an). As the tradition is, we offered two rak’at salat at Masjid al Quba. 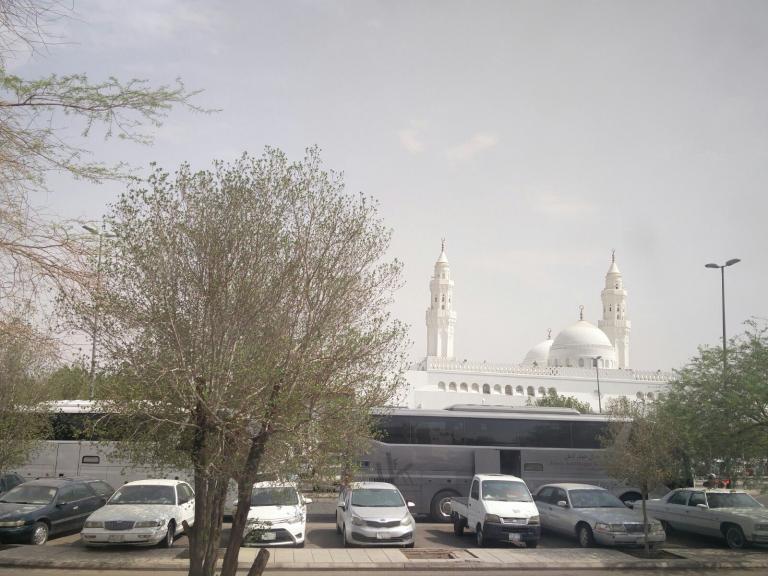 The city is host to another historic mosque called Masjid Al Qiblatyn, or the mosque of two Qiblahs(the direction of the prayers), named so because this is where Prophet Muhammad received the command to change the direction of the prayers(Qiblah) from Jerusalem (Masjid Al Quds) to Mecca(Ka’aba) in the middle of prayers and the entire congregation changed their direction. This verse is believed to be revealed during the prayers.

Indeed We see the turning of your (addressing Prophet Muhammad) face to heaven, so We shall surely turn you to a Qiblah which you shall like; turn then your face towards the Sacred Mosque, and wherever you are, turn your face towards it, and those who have been given the Book most surely know that it is the truth from their Lord; and Allah is not at all heedless of what they do. 2:144

Unfortunately the video I had taken are longer than the blog site can upload.

Baqih is the ancient cemetery where so many of the Prophet Muhammad’s relatives and companions are buried. It is over 1500 years old! We visited it along a massive crowd, even when we went right after the dawn prayer(which turns out to be a popular time to avoid the heat during the later hours). There are mostly flat dirt-graves in keeping with the Islamic tradition. Most of the graves are un-marked after the cemetery was demolished twice by the house of Saud, first in 1806 and then again in 1925. This picture was taken before the second demolition. At least 4 of the 12 Shia Imams are buried here-reportedly in the big mausoleum on the right side of the picture below (the mausoleum since then has been destroyed). The cemetery is the burial site for Prophet Muhammad’s wives, and his young son, Ibrahim and the 3rd caliph, Uthman.

Another common place visited by the pilgrims is the battlefield Uhad where Prophet Muhammad and his companions defended the city from the army from Mecca. This battle is mentioned in the Qur’an in several places and angels are said to have aided the Muslim army when they were about to face a crushing defeat that would have wiped out Islam in its infancy before it could grow.

Visiting Uhad was like traveling through the time machine. I had read the battle stories so many times in my life. This is the battle where Prophet Muhammad’s companions nearly lost and suffered heavy losses, including the martyrdom of his uncle, Hamza. He is buried right next to the mountains. This is the place where Prophet Muhammad lost few teeth and had to be taken to safety as the Muslim army suffered temporary setback(but recovered afterwards and pushed the invading Meccans back). My video below shows where he had appointed soldiers to protect the Muslims from being attacked from behind.

The first video shows the small hill where Prophet Muhammad had appointed archers to protect from the blindside attack.The second video shows the Uhad mountains and the graveyard where Hamza is buried. . 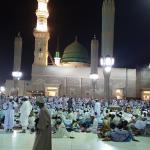 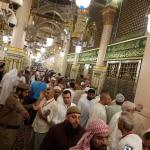 August 16, 2018 Reliving My Hajj A Year Later- Leaving Medina for Mecca
Recent Comments
0 | Leave a Comment
Browse Our Archives
get the latest from
Ask A (Born Again) Muslim
Sign up for our newsletter
POPULAR AT PATHEOS Muslim
1