Islamophobia Is Real, Not Fake News

Despite evidence to the contrary, we still have people who doubt whether Islamophobia exists. I have had comments on my posts essentially saying it is all made up. I got some news for them: Islamophobia is real, not fake news. Just ask those who are the victims of hate and violence committed by the haters.

Irrational fear of, aversion to, or discrimination against Islam or people who practice Islam.

Oxford dictionary’s definition is similar, without using the word phobia or fear, and in some sense really broadening the scope of Islamophobia- i.e. one does not have to have a fear. Prejudice would do.

Dislike of or prejudice against Islam or Muslims, especially as a political force.

The subject is very relevant in the wake of the attacks on the New Zealand mosques, followed by attacks (not as well known) in San Diego, California and U.K.. I am also a part of a rally ‘Countering Islamophobia’ tomorrow in San Francisco to raise awareness to the rising Islamophobia in United States and around the world.

In it’s purest form, Islamophobia represents all of it- prejudice, fear, dislike and hatred. Like many other forms of hate such as anti-Semitism, racism and Xenophobia, this fear is irrational.

Fear is a learned behavior, and so is hate. We are not born to hate each other. Hate leads to fear and fear can lead to more hate, and at times, violence. We have seen this throughout history.

The violence and genocide we have seen, such as the holocaust and the Muslim genocide in Rohingya, did not start with violence. They started with creating fear of the “others” that led to hate and eventually violence. Fear-inciting hate speeches can lead to ‘othering’ and dehumanization, where the “others” are not seen as humans, so you get desensitized to violence against them and/or feel it is justified.

This is why we have seen what we have seen in Burma, Syrian civil war, during holocaust and many other cases of human genocide. Because of the extreme case of ‘othering’ and dehumanization, violence just does not seem so cruel or “inhuman”. It even feels justified to some.

Fear and hate and the ‘othering’ are like a disease.Islamophobia is a disease- disease of the heart.

Unfortunately there is a lot of fear mongering and conscious effort to incite hate and fear. Center for American Progress had put out a research report in 2011, conducted by Wajahat Ali, Eli Clifton, Matthew Duss, Lee Fang, Scott Keyes, and Faiz Shakir, that shed light into the network of individuals and organizations actively promoting Islamophobia. Similar reports were produced later by Council of American Islamic Relations and by Nathan Lean in his book, Islamophobia Industry:How the Right Manufactures Fear of Muslims.

The hate mongers know it works. It works in politics. When you are successful in making people feel insecure about their race, identity, faith, socio-economic status etc, you are viewed as a savior. The politicians know it well and use it to their advantage. This is why we see more hateful rhetoric around election campaigns. (Which nowadays seem perpetual).

How do we counter fear, hate and Islamophobia?

The antidote for fear, hate and dehumanization and the best way to counter Islamophobia is to do the opposite of hating and fearing.

The data clearly indicate that most Americans do not know a Muslim first hand. This is probably even more true of those who harbor some form of Islamophobia. Their source of information is often the news outlet such as Fox News, Breitbart or fire breathing clerics.

Data about the “others” can help to educate. However data/education targets the minds.  We must realize the hate and fear do not live in the minds. They live in the hearts. Islamophobia is a disease- disease of the heart. So we have to think about how do we touch people’s hearts.
We cannot touch people’s hearts without getting to know them. We need to ask them what’s driving the fear. We need to learn how to be kind to those who are unkind to you.

O mankind! We created you from a single (pair) of a male and a female, and made you into nations and tribes, that you may know each other (not that you may despise (each other). Verily the most honored of you in the sight of Allah is (he who is) the most righteous of you. And Allah has full knowledge and is well acquainted (with all things).   The Quran 49:13

Those who are kind and considerate to Allah’s creatures, Allah bestows His kindness and affection on them. Show kindness to the creatures on the earth so that Allah may be kind to you. Hadith of prophet Muhammad

And this verse can serve as a recipe to treat the disease called hate.

The Servants of the Lord of Mercy are those who walk humbly on Earth, and who, when the ignorant address (taunt) them, reply ‘Peace’”  The Qur’an 25:63

We have to keep in mind that Prophets Muhammad, Jesus and Moses brought about social revolutions by giving tons of data. They changed people’s minds by touching their hearts- by showing random acts of kindness- by letting them see the human side of what others perceived as evil. We are taught to show kindness not just to fellow human beings but to ALL creatures of God- living and nonliving.

Let’s Humanize, not demonize each other.

Let everyone see our human side- the good human side. 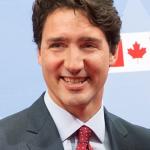 March 24, 2019
I love America, But We Can learn From New Zealand and Canada
Next Post 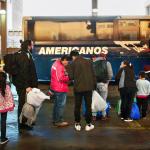 April 13, 2019 Trump’s Threat to the Sanctuary Cities is UnAmerican and Unchristian
Recent Comments
0 | Leave a Comment
Browse Our Archives
get the latest from
Ask A (Born Again) Muslim
Sign up for our newsletter
POPULAR AT PATHEOS Muslim
1

Reflections on the Danish cartoons a...
Akram's Razor
Related posts from Ask A (Born Again) Muslim