Don’t freak out when your man handles an argument….like a man

Don’t freak out when your man handles an argument….like a man March 30, 2015 Shaunti Feldhahn 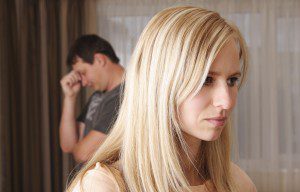 My husband and I haven’t been married very long, and I am scared about something. We have never fought much, but just had our first horrible argument. I was expecting him to “make up” with a hug or something, but he wouldn’t. Instead, he mumbled something about needing to run errands, grabbed his keys, and took off! When he came back, I was so angry, hurt, and confused over his leaving in the first place, it set off another huge argument. Is this what I have to look forward to for the next 50 years — him running away every time we disagree about something?

Your first big fight can be a scary thing – but don’t get so scared that you put your brain on hold! You have probably already realized that jumping on his case the minute he returned was a less-than-effective strategy. What you probably haven’t realized is another less-than-effective strategy: expecting a man to handle things in the way a woman would.

One of the most frustrating and insecure things women go through is when we have an emotional conflict with our man, and we want to talk through it and get some reassurance — but all he wants is to get some space to process things. We’re desperate for a hug, and he’s desperate for his man cave.

Here’s the thing you need to know: both are legitimate needs. He’s not wrong to need space any more than you are wrong to need reassurance. And it is so important that neither of you overreact and say it is.

All of which makes me certain God has a sense of humor.

And He probably also wants to be sure we learn to have grace with each other.

Here’s a detail that may help you have that grace with your man, instead of unleashing on him. In my surveys, seven out of ten men said that during a conflict, when emotions are swirling, they have a sort of “deer in the headlights” reaction. Because their brains are wired for deep one-thing-at-a-time processing, they can’t easily process thoughts and feelings at the same time: as one man put it, “all that emotion furs up the gears.” Men don’t even know what they are thinking yet – much less know how to talk about it! They are upset, confused, and frustrated that they “can’t keep up” with our desire to talk it out. So they feel a desperate need to get some distance in order to figure things out. Like jumping in the car and driving around the neighborhood once. Or ten times.

Of course, as your story shows, most of us women view that “distance” as uncaring withdrawal. But in most cases it is not that at all. Your husband probably cares deeply about you. He isn’t escaping because he doesn’t care, wants to avoid issues, or purposefully wants to leave you hanging when you are in the most pain. Instead, he knows if he’s ever going to figure out what he’s thinking and feeling and work through his anger in a healthy way (rather than saying something hurtful in the heat of the moment), he has to get time to process it all.

So the next time an argument explodes and you desperately want him to talk it through on the spot, in detail, if he just can’t, have grace with him. Ask: “Would it help if we wait until tomorrow to talk about this?” If you can take a deep breath and do that, you will not only see a far better reaction from him– he’ll be far more able to listen when you explain your need to hear “we’re okay”… and give you the reassurance you so desperately need. 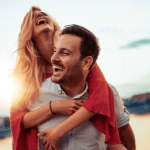 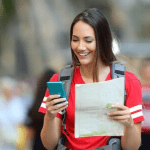 April 13, 2015 How can I get my teen to STOP relying on social media so much?
Recent Comments
1 Comment | Leave a Comment
Browse Our Archives
get the latest from
Ask Shaunti
Sign up for our newsletter
POPULAR AT PATHEOS Family
1