Ladies, here’s the surprising reason why your husband cried at that Tom Hanks scene and you didn’t

Ladies, here’s the surprising reason why your husband cried at that Tom Hanks scene and you didn’t April 11, 2016 Shaunti Feldhahn

A woman came up to me after a talk about gender differences and asked, “My husband and I were watching that new Tom Hanks movie, Bridge of Spies, and near the end I looked over and my husband was crying! I mean, it’s great that Tom Hanks saved the day, but why on earth would that make my husband cry?”

I knew exactly what scene she meant because I too had looked over and seen tears sparkling in Jeff’s eyes, and I’ve heard that same story from others. The man in your life likely felt the same way — whether or not he showed it. And the reason provides a vital glimpse into your man’s inner life:

What’s the scene and why does it impact men so much? [Spoiler alert!]

In the movie (a true story), Tom Hanks plays James Donovan, a Cold-War era insurance attorney tapped by the government to represent a Soviet spy. Unlike the U.S.S.R’s kangaroo-court trial for crashed U.S. pilot Francis Gary Powers, the U.S. gives even their enemies due process. Unfortunately, the American public is not so tolerant. Donovan and his family are reviled, and his wife is not happy. So she is not very supportive. Unbeknownst to her, Donovan is then asked to secretly travel to East Berlin to negotiate a prisoner exchange: we hand over the spy if they give us the U.S. pilot. Donovan agrees, braving great danger to both serve his country and restore his family’s reputation.

Minutes after he arrives home and collapses into bed, his family is shocked to see the breaking news that the famous U.S. pilot is freed – and that Donovan is responsible. His wife softly comes upstairs and stares in wonder at her unconscious husband.

And that is where men find tears in their eyes. Why?

1. He deeply wants to do the right thing.
Men want to be great husbands.  They want to be great dads. Or great patriots. Or great negotiators. And they sure look confident, but the whole time they are working hard to do the right thing, they secretly worry about measuring up. The attitude and actions of Donovan in the movie were an exact parallel to how men feel every day: he projected a calm, competent demeanor, all the while certain that someone was going to figure out that he had no idea what he was doing.

Because a man’s greatest emotional need is to feel competent and respected, this type of insecurity is unsettling and painful. A result, every man needs to know that the person who knows him best, believes in him absolutely.

Only in the case of Mrs. Donovan, she didn’t. Until that one moment.

2. His wife noticed that he did.

The sight of Mrs. Donovan staring in awe at her sleeping husband is deeply emotional for men. I asked one man the reason why, and he summarized it well:

“She finally saw what he did. She finally saw him as amazing. That is the way every man wants his wife to see him. That is why we do every single thing we do. That is why we go to an office every day, maybe at a job we don’t like. That is why we do the honey-do list.  That is why we try to be supportive of our wives. We want our wife’s applause. We want her to reassure us that we are good at what we set out to do. Most of us would never have the nerve to say it out loud, but that is what we want. And in the movie, this guy had been trying and working and getting grief for his efforts. But suddenly her eyes were opened and without him having to say anything, she finally saw that he was this great man.”

Ladies, our men need to see that we believe in them like this. Yes, they will make mistakes. So will we! But we can still stand steadfastly by our man’s side regardless.

If we learn this truth we hold the key to our man’s heart… and to him becoming that great man he wants to be. 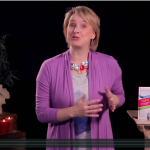 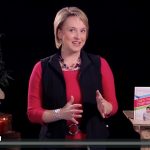 April 15, 2016 Secret #9 to a Highly Happy Marriage: Don’t Tell it Like it Is
Recent Comments
2 Comments | Leave a Comment
Browse Our Archives
get the latest from
Ask Shaunti
Sign up for our newsletter
POPULAR AT PATHEOS Family
1