Revisiting the question of astrology skeptics 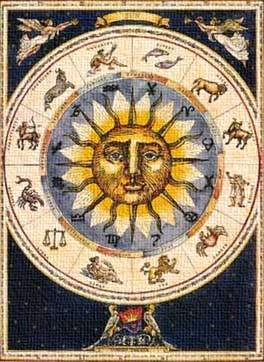 Tim, a newcomer to this blog, asks:

Hello. I’m a skeptic that doesn’t believe in Astrology. I found the article very interesting, as I didn’t realize that there were different “philosophies” of astrology. I just figured there was one method of figuring stuff out. I’m sure you’ve been told by people that there isn’t any, or at least enough evidence to believe that the behavior of the planets and other large mass objects in space can effect our lives in the personal ways that are claimed in astrology, or that the time of your birth doesn’t dictate personality traits. What do you usually say about this?

In the nine years I’ve been writing this blog the question of astrology skeptics comes up over and over.  Generally people who don’t believe in astrology fall into one of two camps: (1) they associate astrology with sun sign “horoscopes” in newspapers, which is not astrology at all, or (2) they believe that unless something has a scientific basis it cannot be true.

Back in 2007 I wrote this post in response to an article debunking astrology which has since disappeared from the interwebs. When I find one of these articles I always email the writer. Let me do your chart for free, and then see if astrology is “bunk”! Yet no one ever takes the challenge.

The basic points in this article:

The author goes on to say, “There will always be those that cling to mythology to make their lives easier. Unlike religions that require action on the part of the faithful, astrology reverses the need for positive actions and places humanity in the role of a puppet to celestial forces.” While it’s true that traditional astrology tends to put more of an emphasis on fate, modern astrology reveals the keys to making just those positive actions and steps that can free us from the bondage of our personality.

At the risk of offending many of my colleagues, some of whom I am thankful to say read this column, I have to say that this kind of mindless reaction to astrology appears to me to be directly the result of sun sign “horoscopes” which simplify astrology to the point where it does appear to support some of the suppositions here. I don’t mean to say that without sun sign columns there would be no skeptics, because some people (many of them have Saturn in Pisces or Sagittarius, by the way), have a deep inner need to avoid anything that goes beyond the rational mind. More and more, though, “real” astrology is creeping into the mainstream and dispelling some of these notions.

Finally, the conclusion of the article:

Some would argue that astrology is above the fray neither science nor religion. It is a system of faith that transcends the need for either. If this is true, what is the mysterious force that extrudes from the planets? If true, what exactly transcends the concept of God?[Why would this mysterious force not be God? Does God have to be an old man with a beard sitting on a mountain?] There is either a physical force moving our lives or a spiritual one.Those caught in the middle see neither the lamp of science nor the light of God. Maybe they see both. Science tells us that complimentary waves cancel each other out creating darkness. Religion tells us that good and evil must be a choice and choosing neither is darkness. Either way, those in the middle are in the dark.

I view this question differently: for me it is ALL divinity. The dark mass in the center of the Galaxy, the bright light that resides within me, the science that educates me and the faith that gives me the courage to go on – all are magical elements of the Universe that have been divinely inspired. As Camus said, the only evil in the world is ignorance and without magic, the world is an empty prison.

September 14, 2014
Sunday Poetry: She slipped to Earth
Next Post