The need for a new Alexandrian library

The need for a new Alexandrian library July 10, 2013 Lynn Hayes 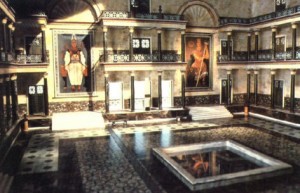 Recently there was a discussion on the professional astrologers’ Facebook group about the demise of astrology publishers and the need for a repository of the astrological classics.  It wasn’t until the early 1990s (under the conjunction of Uranus, astrology’s ruler, and Neptune) that a group of astrologers who formed Project Hindsight began translating the classics and bringing back some of the medieval and, later, classic Hellenistic techniques.  Much of that knowledge resides on the web, in blogs and website articles but very few of them have made it into the hands of the public. Of course the argument can be made that most of this material is too dense and esoteric to be interesting to the public.  And there is some debate (mostly from me and other modern astrologers like me) about the validity of the ancient techniques in today’s advanced civilization.  But the question of what happens to knowledge that would otherwise have been in books, when books disappear, is a crucial one that bears discussion. In Sri Lanka a new astrology center and library has just opened and was dedicated by the President of the Nation.  How incredible would it be to live in a country where astrology is given this level of respect. But it’s likely that a new Alexandrian type library would need to reside online since that is where the world of knowledge is heading.  This would require organization and funding, neither of which are in great supply in the astrological world.

July 11, 2013 Mercury retrograde roundup, July 2013
Browse Our Archives
get the latest from
New Visions
Sign up for our newsletter
POPULAR AT PATHEOS New Visions
1

Life Purpose and Crisis (Part 2)
by Kathleen O’Keefe-Kanavos “The purpose of life is to contribute in some...
view all New Visions blogs
Copyright 2008-2020, Patheos. All rights reserved.