A book review of sorts

I am swimming in a sea of words. It’s been a long time since I’ve been this engrossed in anything, which is saying a lot as technically I’m a PhD student. I am reading through blogs by white Western Hindu practitioners and a couple of books by academics (who often are practitioners as well). I’ll link to some of my recent favorites in a moment. First I’d like to start off with the problematic.

One book in particular sent me into an angry fit: Alain Daniélou’s Virtue, Success, Pleasure, Liberation.* At first I couldn’t quite put my finger on why I was so uncomfortable. His tone of The Way Things Are? That’s part of it. In his introduction he mentions being a scholar and practitioner. This gets a little murky. While nothing he is presenting is contrary to what I’ve learned in other places, from other scholars (books and classes), it is his tone of ‘this is the way to practice, this is the way it is right’ that got under my nerves. Surely Vedic orthodoxy is not the be all and end all of Hinduism, right? Right?! I admit I got a little panicky. I don’t particularly like Vedic orthodoxy. In fact, the aspects of Hinduism that get me really excited, the parts I connect with are from the Tantric, more folk religion side of things. Basically, I want to get as far away from Vedic orthodoxy as I can. I do not think that the universe will cease to function if Brahmins aren’t performing the agnikarya. I do not think that only men are able to be priests. I do not believe that life must be so precisely ordered.

This leads me to the second major problem with Daniélou, and with Hinduism (and religions in general): the overwhelming misogyny. All major religions -all of them- have issues with women. This makes it very difficult to get excited about participating in something that circumscribes my life to the domestic sphere only and thinks I am less worthy of holiness because I’m missing a certain anatomical appendage (a ‘god antenna’ as my hilarious husband jokingly calls it). I’m not going to argue the relevancy for this sort of division of labor to ancient cultures. But it is not relevant to my life today. Thankfully, most religions understand that to be a living religion, one that has meaning to lives across space and time, a certain amount of flexibility and expansion is required. We cannot be fundamentalists. (Okay sure, you can be one, but as far as my life is concerned, I want no part in that.)

Daniélou writes as if the only way to be Hindu is to live according to the ancient Vedic texts. Therefore, castes (our Western word for varna, of which there are 4; there are subgroups, jati, of which there are thousands, I think) are vitally important for a well-organized society, and oh it’s so much harder for those Brahmin men who must suffer such isolation at the top. ‘For Hindus, the caste system is not a man-made invention to justify slavery but the recognition of the Creator’s will, the codification of a state of fact, an attempt to harmonize human society in accordance with the general scheme of creation.’ (pg 33) In case you were wondering, races shouldn’t mix either. I’m always wary when God’s will is invoked in injustice.

Woman have their own place in this ordered world. The usual double standard exists for men: non-procreative sex outside of marriage for men is just fine and is morally neutral, but ‘the woman who has had a lover or has been raped is no longer fit for her role as mother because the heredity of her children is believed to be affected.’ (pg 51) She has two options: become a monastic or a prostitute. Women and men are complementary forces and women must revere their husbands as god. Daughters do not count, only having a son pays the ancestral debt. In fact, he actually goes so far as to suggest that society would be better off if unwanted female babies were still allowed to be left to die after birth: ‘[E]very year many more Indians die of starvation nowadays than there were baby girls that died from exposure one hundred and fifty years ago.’ That may be true, but why not question the logic behind the need to privilege male babies? He questions none of these assumptions, just talks as though the world makes more sense with women in their domestic place and all peoples ordered according to 3,000 year old texts.

At first I thought Daniélou was just transmitting ‘the facts’ but no. He actually talks about how all these measures are really good for society. Seriously. Some dude in 1993 published this. I made it to page 98 before deciding to quit listening to such hateful talk.

Ok, now I’m all worked up. That sort of nonsense will not fly with me. It’s bad theology. It’s bad living. Let’s move on.

My head was all up in knots and I was trying to remind myself that Daniélou’s way was not the only way. Thankfully, I stumbled upon Aamba, a white American woman deeply in love with Indian culture and Hinduism. I don’t always agree with her every point, but I very much enjoy reading a thoughtful woman’s journey on this path. In one particular post on women in Hinduism she lists several long standing issues with Hinduism and then says this:

“All this from a culture who worships goddesses. A very mixed message, to be sure. I think the pure ideals of Hinduism have been somewhat corrupted by human thought. This idea of the man being superior is not part of the religion, it’s just a habit of men to think that way because they have the power. “

That’s a good reminder for me. Each religion has its deep mysogynies. I don’t believe this is part of humanity’s search for the divine, but more a part of our power struggles on this earth. At least, that’s how I feel in this moment, in a moment of compassion and not foul mouthed frustration. Reading the comments on Aamba’s blog also reminded me of the many faces of those who practice Hinduism and/or were raised that way. There are fundamentalists everywhere; there are also many people helping people along on their journey if you know where to look. I was reminded that not all Hinduism looks the same. Just as there are four major ‘denominations’ there are also many other places other than India in which Hinduism is practiced. For example, Bali and Nepal have around 80% of the population claiming Hinduism, and Trinidad and Tobago also has a very high percentage of Hindu practitioners. Hinduism in those countries looks different from India. And will also look different from what some gasbag scholar says, insisting that Vedic orthodoxy is THE way to be Hindu in the world.

If you’d like to see some of the sources that I’m particularly enjoying or finding helpful or inspiring you can go to my resources page for general things, or to the Hinduism  or Yoga pages specifically. They are works in progress and I add things as I find them. Wikipedia is also a pretty good place to get basic knowledge on the subjects; it can point in the right direction for deeper searching.

July 9, 2011
In which I trust that my confusion is actually a good thing
Next Post

July 15, 2011 Altars
Recent Comments
0 | Leave a Comment
"Did you ever read about St. Seraphim of Sarov? He is an Orthodox saint who ..."
stonecold What I Miss About Being A ..."
"Contemplation is a good beginning... Introspect, contemplate, initiate and once you find what you seek... ..."
Gourish Bakhshi Shiva the Witch God
"Wiccans can be polytheists too! Jason Mankey deftly proved this at last year's MGW. You ..."
A Witch's Ashram Many Gods West 2016
"Congratulations! I'm glad to hear this will continue. If you'll have a Wiccan among you, ..."
Sable Aradia Many Gods West 2016
Browse Our Archives
Follow Us! 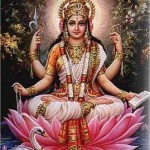 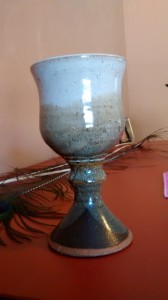 Pagan
When Puja Goes All Wrong
A Witch's Ashram 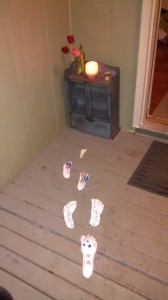