I seem to be doing my best thinking in the wee hours of the night, those minutes (or hours) between trips to the bathrooms or careful turnings over. For some reason last night I was thinking of an ended relationship and my reactions to it, wondering if I’ve been too harsh. In a flash of insight I realized that part of my problem is lingering Christian thinking.

I’m the kind of person that takes things seriously. I’ve often been told that I take things too seriously. (Of course, I’ve often been accused of being flippant, which I also am. I’m a Gemini, I’ve got the both/and thing down!) One of the things I take seriously is virtue. Even as a kid I wanted to be a better me. I read books on being wiser and bolder and stronger and more loving, etc. When I read the New Testament as a preteen I took a lot of it deeply to heart. There are many lessons in there about having your insides and your outsides match (having your walk and your talk in alignment), lessons about generosity, sacrifice, integrity, love in the face of fear, the inability of wealth to provide one with happiness or spiritual truths, and how to face hostility. Many of these lessons are inextricably part of who I am now. I am grateful for the influence of Jesus and crew. I think I’m a better person having read and taken to heart the lessons of the New Testament.

But some of it is equally insidious. One of those is ‘turning the other cheek.’ I’ve deconstructed this on a feminist level in graduate school. Men are encouraged to be strong in their compassion; women encouraged to be ‘resilient’ and ‘obedient’ – basically, women should silently suffer under a facade of Niceness. This has dire consequences for women who are in any kind of abusive situation. But what does it mean for me, a person who is not in one of those situations?

For me it means I am constantly giving people too many chances. I’m an optimist by nature and incredibly loyal. While I’ve been outspoken my whole life, and perceived as bold (often told I’m ‘too much’), I haven’t had the greatest of boundaries. I’ve come to see that I seem to think that close relationships need to be complicated and intense. I’ve taken on the role of the Apologizer, which allows others off the hook for ending conflict and their need to apologize. As I’ve been working through my Stuff and deepening my spiritual practice, my boundaries have gotten a lot tighter. I no longer keep turning my cheek. I’ve got two cheeks, so you’ve got two chances. Once that limit has been passed, I’m done.

This has had direct impact on some of my most (at the time) important relationships. Last night I wondered if maybe I wasn’t being forgiving enough. Everyone makes mistakes. I’ve made some bad choices in my life, and handled some neutral choices really poorly, too. I’ve confused people and been callous to their confusion. Can I forgive these people, this person for their issues now?

I realized a couple of things. First, it’s not my job. They are not asking for my forgiveness. If they were I’d be having a different argument in my head. Second, I am not a Christian, so what does forgiveness and turning the other cheek have to do with anything? Good boundaries and integrity are more important to me and my practice than some notion of martyr-ish forgiveness.

This insight – I am not a Christian and therefore not obligated to forgive anyone – struck me with such intensity that it obscured the bigger realization that didn’t occur to me until I was puttering around the kitchen this morning. That is, wow, my self-indoctrination runs more deeply than I’d realized. It’s going to take years to tease out my old monotheistic and Christian thinking from my beliefs and practices.

March 6, 2014
We Interrupt Your Regularly Scheduled Programming...
Next Post

March 10, 2014 Pagans and Money, part 2
Recent Comments
10 Comments | Leave a Comment
"Did you ever read about St. Seraphim of Sarov? He is an Orthodox saint who ..."
stonecold What I Miss About Being A ..."
"Contemplation is a good beginning... Introspect, contemplate, initiate and once you find what you seek... ..."
Gourish Bakhshi Shiva the Witch God
"Wiccans can be polytheists too! Jason Mankey deftly proved this at last year's MGW. You ..."
A Witch's Ashram Many Gods West 2016
"Congratulations! I'm glad to hear this will continue. If you'll have a Wiccan among you, ..."
Sable Aradia Many Gods West 2016
Browse Our Archives
Related posts from A Witch's Ashram 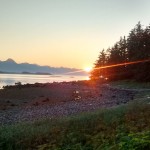