Have you ever had a tree frog land on you?  While you were driving?

I was heading down Rockbridge Rd. yesterday morning on my way to read Tarot cards at a psychic fair.  Like you do. It was a lovely morning…already getting a bit hot because Georgia…and I had the windows rolled down.  I noticed a movement out of the corner of my eye, of something unknown but alive and significantly larger than a bug on the outside of the door, where the driver’s side mirror is.

“YAAAAAH!” I said, because I am a person of sagacious occult mystery and aplomb. Then it jumped on me.

I slowed way down.  This did not please the people behind me, but I was less concerned about that than I might have been. The wee gray tree frog…I had figured that much out by now…decided that my hair looked like a good place to hide and was tickling my neck.  I did not even have the presence of mind to yell “PARDON ME. I AM HAVING A FROG-RELATED EMERGENCY. PLEASE GO AROUND” and wave at traffic.  I was busy.

I very calmly turned off a side road.  Well, I may have been giggling and hyperventilating a little bit.  Frogs are cold, and they pee on you. But honestly, what else was I going to do?  I pulled over to the side of the road as best I could and turned on my hazard lights, on the grounds that I was a hazard.  I removed the frog from my neck and it perched on my finger for a while, long enough for a photo op.

It then decided it had had enough of me and tried to escape out the passenger side window, not very effectively.  I got out and deposited it in someone’s yard near a tree, where I hope it will go on to rear a new generation of wee tree frogs and tell its little grand-tadpoles epic tales of that weird lady it met one time. “A bit nervous and strange, but nice I guess, for a primate.”  We parted ways and I went on, until the next time some wild creature decides to prank me.

I am not saying this is a common occurrence in my life.  I am just saying that I am, demonstrably, the kind of person this sort of thing happens to.  Last month a beagle followed me home. I have accidentally picked up a snake in my laundry and dumped it in my washer, from whence I removed it with kitchen tongs because having carried it out there unknowingly, I couldn’t bring myself to pick it up again with my bare hands. Some years ago I went to a Reclaiming intensive (“This one time, at Witch Camp…”) and as soon as I got out of the car a dragonfly landed on my head.  It stayed there throughout registration, while I was finding out where my cabin was and meeting new people and having conversations, all of which inevitably wound up at “Do you know you have a dragonfly on your head?”

I dunno.  I don’t think other living creatures are always trying to give us messages.  They have lives.  Dreams of their own, the struggle of life in the big woods. On the other hand…They do seem to like to get my attention.  By sitting on me. Perhaps it’s just happenstance and my life is unusually peculiar and full of random animal weirdness for no reason. Perhaps they are trying to tell me something and think I’m very dense. “Guys…you literally have to get up in her face. She’ll never figure it out otherwise.”

I will say that this is not the only close encounter with a tree frog people in my house have had this week, which is just triple weird.  They are little creatures with a big voice.  Not entirely unlike me.  As with so many things, what we bring to the numinous and the wild shapes what we take away from it.  I don’t know what the frog meant by jumping on me, but I know what I choose to learn from it. 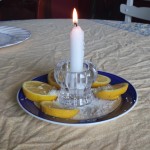 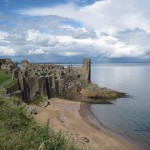 June 11, 2015 Scotland and Points South
Recent Comments
0 | Leave a Comment
Browse Our Archives
get the latest from
Pagan
Sign up for our newsletter
POPULAR AT PATHEOS Pagan
1

5 Ways to Get Off of...
John Beckett
Related posts from A Word to the Witch 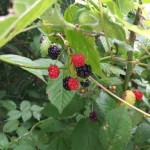 Pagan
Summer
A Word to the Witch 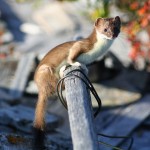 Pagan
Black Hearted Innocence (part 7)
A Word to the Witch 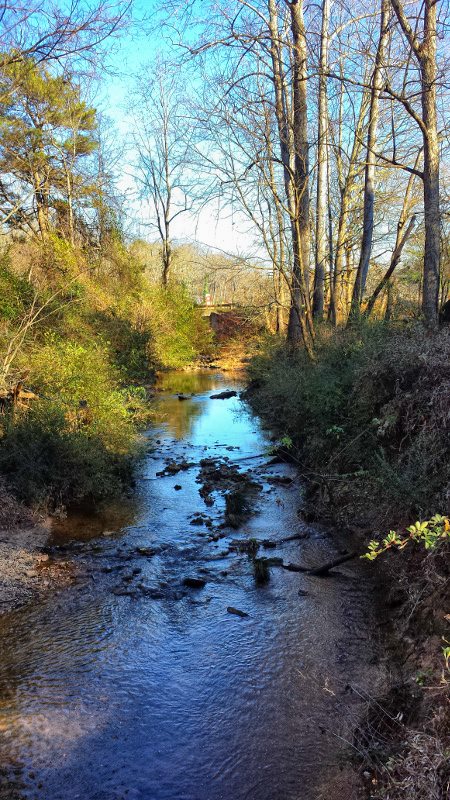