A quick thought on normalcy and the moment:

I still believe in polls and data, but done right and properly contextualized. Those things ought to inform action, not dictate it. To put it in relatable terms, Bill Clinton’s instincts in the final stretch of the 2016 — counseling to no effect that HRC needed to pay attention to working-class whites, and fast — were a lot better than technocratic-minded Robby Mook’s. And so when the polls “failed” on November 8th, I did a bit of digging. The national-level polls on aggregate popular preference did not fail, of course: HRC won and by the broadly predicted margin. But the state-level polls — which in the Electoral College system are the ones that matter — did fail. I looked at the RCP-designated “battleground” polling aggregates, and found something interesting: when it came to tracking the HRC electorate, the polls did pretty well; and so it was in tracking the DJT electorate that they went badly wrong.

In other words, prior to Election Day, Clinton voters behaved “normally,” and DJT voters did not. Models built to capture “normal” behavior therefore missed the abnormal.

Fast forward to now, post-Inaugural — and see my post below on the extreme and largely unprecedented partisan differentials on Presidential approval. (Really, read it before proceeding here.) Again we have a situation where one cohort is behaving “normally,” and the other is very much not. The difference is that now those two cohorts have swapped places: when Democratic dominance was the assumed condition, Republicans went abnormal; now that Republican dominance is the assumed condition, Democrats have gone abnormal.

What can we learn from this? All conclusions are tentative, but two major items suggest themselves.

The first is that any modeling or analysis of systems needs to go the extra mile in being extra expansive, for two reasons. One is that there is exceptional volatility in the system now, with a common basis for perception and hence action badly eroded; and the other is that there is no longer safety in assuming particular participants within those systems. The 2009-2010 Tea Party influx of prior nonparticipants was just the beginning, succeeded by the 2016 Obama-to-Trump voters, and who knows what’s to come. Catholicity and broad scope are the watchwords for polling and predictive modeling now.

The second is vastly more distressing: the perceived-ascendant side may behave “normally” because normalcy is now a luxury afforded by power. For the same reason, the perceived-inferior side may be abnormal and/or extreme. Society and politics have become zero-sum, and the places that leads are places to which no thinking citizen wishes to go. 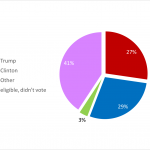 February 23, 2017 The Potential Purple Majority
Recent Comments
0 | Leave a Comment
Browse Our Archives
get the latest from
Muslim
Sign up for our newsletter
POPULAR AT PATHEOS Muslim
1 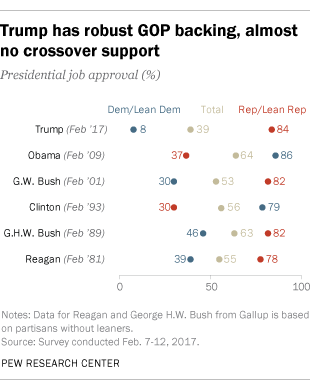