the question of representation

An essay about India’s dramatic differences in fertility rates by region offers a tangential insight into the politics of representation, in the US:

The direct effect of such significant changes in population will be on the representation of states in Parliament. In other federal polities such as the United States, methods to decide seats in the federal legislature have often been torturous. In 1787, for example, the US went so far as to institute the odious practice of counting each African-American slave as three-fifths of a White person – known to history as the “Three-Fifths Compromise” – to get states with competing interests to agree to a formula for deciding the number of seats in one house of the federal legislature. In the other house, each state, no matter its size or population, is represented by two members. The US has thus ignored the principle of one-man-one-vote in order to get its union working.

(emphasis added). Indeed, one-man, one-vote has been ignored and has never been a part of U.S. Democracy, because one man’s vote in one place is still worth more than another man’s vote in another place. Even getting to one black man’s vote or a woman’s vote being counted at all took over a century.

Today, the largest obstacles to one man, one vote are the Electoral College, which abdicated its duty in 2016 to ensure that “the office of President will never fall to the lot of any man who is not in an eminent degree endowed with the requisite qualifications” (Federalist 68 by Hamilton), and gerrymandering, which has created a structural advantage for the Republican Party in Congress that requires an 11-point advantage in the popular vote to overcome.

We can solve these problems. The Constitution can be amended, but that is a very high bar – instead, the National Popular Vote Compact (NPV) provides an end-run around for consigning the Electoral College to irrelevance. And gerrymandering is being challenged state-by-state, and will ultimately get a reset in the next census, which is why the election this November is critical. It isn’t Supreme Court justices or the Presidency that matter the most – it’s who has control of the House before the Census, that has the most power to affect our democracy.

The question is, what should representation look like? A great simulation by 538 shows that depending on what metric you choose, you get vastly different outcomes. Which of these metrics are the “right” metric? Compactness? Competitiveness? Minority-Majority? In a sense, none of the above. What matters most is one-person, one-vote.

How do we get there? the featured image on this post is the map using compact borders associated with existing county lines, drawn without regard to race or party (which means it violates the Voting Rights Act). Perhaps we should simply let geography govern the vote, and assume that a voter who feels that their vote doesn’t count will move to where it does, if that matters to them.

Alternatively, maybe it is time to rethink why we need districts tied to geography at all. If instead, representatives were “at-large” then it would be impossible to gerrymander, by eliminating the idea of a district entirely. This could be done at the state level, much like the NPV. For a good discussion of at-large districts, pros and cons and the history of the idea, see this writeup in the Atlantic from 2016.

None of these solutions are perfect – that is the enemy of the good, after all. The point here is that reforms do exist, and that there are ideas for fixing these problems. These are issues of electoral mechanics, and there are mechanisms at the state level that don’t require Constitutional changes to implement these kinds of reforms. All that is needed is awareness, and it is precisely the promise of these kinds of innovative solutions that may even bring some of the Purple Potential Majority back into participation in our democracy. 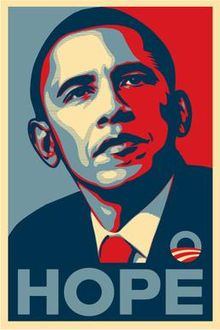