Viewing “The Walking Dead” Through a Theological Lens

Is All Life Precious?

I am unashamedly and unambiguously a fan of the AMC show The Walking Dead. I was also a fan of the comic that was released many years before the film adaption in 2010, and before every other show on television was about the undead. It is not just the suspense or gore that entices and entertains me, but the way the writers deal with metaphysical and theological issues. Humanity is devoured and consumed by walkers (sorry, I couldn’t help myself), yet there is a core group of people dealing with morality in the apocalypse, seeking to preserve the fragments of humanity left.

While I do not believe that the writers of this show are intentionally writing from a Christian perspective, they often allude to biblical themes. I am often surprised how the writers do not shy away from mentioning the Bible and how it appears to be a non-issue for many viewers. For example, Hershel is very open about his beliefs, and several episodes show him reading Scripture. T-Dog drove a church van to pick up the elderly. Nick (more so in the comic) is very outspoken, to a fault at times, about his beliefs. For the most part, the writers of the show depict these religious characters in a positive light; showing their positive influence on the group.

However, what I found quite intriguing and unusual was a recent episode that dealt with an important theological theme, although it may not have been intentional by the writers. Because of the nature of the show, the characters deal more with ecological preservation and issues (because if resources die out then so do they) than they do with philosophical ones. In the episode “Here’s Not Here,” writer Scott Gimple deals heavily with the notion of whether or not all human life is valuable. This leads to a deeper questioning of why human life is valuable. First, let us consider the episode and then we will examine the correlation between the doctrine of Imago Dei or the image of God.

At first blush, it seems that this episode isn’t going to be more than filler, focusing on a side story that no one is interested in. However, the writers proved my quick observation wrong. This episode follows up to Season Three’s episode “clear.” It focuses primarily on Morgan and introduces Eastman, a former forensic physiologist who was responsible for determining if convicts were able to to re-enter society. What is interesting is Eastman’s worldview, which is influenced by Aikido. Eastman mentions “The Art of Peace” and says, “I have come to believe that all life is precious.”

Eastman’s worldview is strange and foreign in the world that has been devoured by nature. Grace and mercy are no longer ideas, but rather remnants of the old world. Before Aquinas (1225-1274), there was a focus on heavenly things and little to no interest in nature. Of course, this quickly changed through the humanistic elements of the Renaissance, placing nature (the created, man’s body, diversity) above grace (God, unseen influence, man’s soul, unity). More so in the apocalypse, nature has become autonomous from God, and they are forced to revisit the struggle between grace and nature.

Culture may applaud Eastman’s worldview; it’s a conventional synthesis of pluralism and humanism. At best, it is based on relativistic notions of truth. The better question is why is “all life precious” and why should we preserve it? The modern consensus of preservation is based upon selfish motivation to live and pursue “happiness.” However, this still does not address the metaphysical; what gives life meaning and value? For Eastman and modernity, it’s living “rightly” by others, contributing to society. This superficial reasoning does not satisfy the longing for dignity because it is void of truth. The truth is referring to that which has been revealed to us through Christ and the Scriptures.

The Biblical Response to Image

Humanity is made in the image of God. “Then God said, ‘Let Us make man in Our image, according to Our likeness; and let them rule over the fish of the sea and over the birds of the sky and over the cattle and over all the earth, and over every creeping thing that creeps on the earth” (Genesis 1:26).'” The very first chapter of the Bible establishes human beings are valuable and precious because of their origin. Until we understand that all humans are made in the image of God, we will not know how to deal with them. It does not matter whether we are in the garden of Eden or the outskirts of Atlanta in the apocalypse; people are valuable because of their maker. 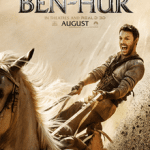 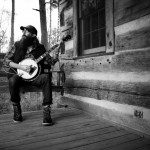