On June 17, 2022, the Motion Picture Studios of The Church of Jesus Christ of Latter-day Saints held a Media Day—inviting the press to observe the kickoff of the filming of the fifth and final season of the “Book of Mormon Video Series.”

The first three seasons of this series can be found on YouTube or on the Book of Mormon app—and the fourth season will be released in both places in the fall of 2022.

What’s unique about this series, perhaps even surprising, is its heavy focus on Christ as the Savior and sole source of salvation; something those who have not read the Book of Mormon might be surprised by. The fourth season is particularly Christ-centered, as it depicts the apex of the Book of Mormon’s narrative—namely, the appearance of the resurrected Jesus to the ancient inhabitants of the Americas, a story most people are unfamiliar with.

Even though The Church of Jesus Christ of Latter-day Saints is emphatic in its profession of Christ, and in the premise that the Book of Mormon is—as its subtitle states—“Another Testament of Jesus Christ,” many people are not aware that “Mormons” (as they’re often called) are a denomination of Christianity. Indeed, the Roman Catholic theologian, Stephen Webb, spoke of Mormonism’s “obsession” Christ. He noted:

“I came to realize just how deeply Christ-centered Mormonism is… After all, what gives Christianity its identity is its commitment to the divinity of Jesus Christ. And on that ground Mormons are more Christian than many mainstream Christians who do not take seriously the astounding claim that Jesus is the Son of God. Mormonism is obsessed with Christ, and everything that it teaches is meant to awaken, encourage, and expand faith in him… I came to this conclusion when I read through the Book of Mormon for the first time. When I actually read this book, …I was utterly surprised…because it is all about Jesus. There are many characters in this book, but…[nobody] stands out but Him. ‘And we talk of Christ, we rejoice in Christ, we preach of Christ, we prophesy of Christ, and we write according to our prophecies, that our children may know to what source they may look for a remission of their sins’ (2 Nephi 25:26) … Every page of the book prepares the way for its stunning climax, which is a literal appearance of Jesus to the ancient peoples of America.”

The primary purpose of the Book of Mormon, as its title page states, is to convince “Jew and Gentile that Jesus is the Christ, the eternal God.” And the Book of Mormon video series appears to have this same goal. Elder Ronald A. Rasband, a member of the Church’s Quorum of the Twelve Apostles, told me:

“The Book of Mormon’s purpose is to bring souls closer to Jesus Christ… And the [Book of Mormon] videos are produced with the express purpose of bringing people closer to their Lord, Jesus Christ. Whether you’re my four-year-old grandchild or you’re an apostle in the Church, these videos bring you closer to Jesus Christ. And, to the degree that that can bless a Hindu or a Sikh or anyone anywhere in the world, we’re very grateful for that. We’re all children of God. And so, if there’s something in the Torah or the Qur’an—or in any religious affiliation—that brings people closer to God our Father or, in our case, to Jesus Christ, that’s our ultimate goal.”

Similarly, Elder Michael A. Dunn, a General Authority Seventy in the Church, explained:

“At the heart of everyone is [the truth that] you are a son or daughter of a living God, that you matter. [In these videos are] messages of hope, and faith and belief, and what to do when things are rocky, and things are hard… Although these are scripture, these are not highbrow stories that are too deep to understand. They’re about issues that every one of us relate to in our families right now; a wayward child, a death in the family; disappointment over a lack of faith by a member of your family. So, I think there’s some universal themes that everyone will relate to. And especially in season four—the depiction of Christ’s appearance in the Americas… Our belief is that Christ not only visited the ‘Old World’ but was very much a part of the ‘New World’ as well. And I think that’s going to really pique some people’s interest to say, ‘Wow, maybe there is more I can read about Jesus Christ.’… I think people will see and feel very human, very real themes that I believe will give hope and meaning in their lives.”

Elder LeGrand Curtis, Jr., also a General Authority Seventy, described the purpose of these Book of Mormon videos in this way:

“The Book of Mormon testifies of the redemption that is available through Jesus Christ, …[and] that will resonate with a lot of the Christian people—particularly season 4, where Christ visits the Americas. You’ll see Jesus Christ teaching his gospel and testifying. I think that that will help Christian audiences, but also those of other faiths, to appreciate our belief in the Son of God who comes to atone for the sins of the world. You’ll see His teachings about loving one another, forgiving one another, and healing, which are values that work across all religions… Through these videos, we’re trying and make the world be a better place by promoting an understanding of our religion, and the sharing of important values.”

While Latter-day Saints are famous for their proselyting efforts, the dozen or so people I interviewed at this event all seemed to agree that these videos are not so much about converting people to the Church as they are about pointing people (of whatever religious tradition) to Christ—whom Latter-day Saint Christians believe is the sole source of salvation, not just for the Saints, but for the world. As the Book of Mormon itself declares, “there shall be no other name given nor any other way nor means whereby salvation can come unto the children of men, only in and through the name of Christ, the Lord Omnipotent.” (Mosiah 3:17) This appears to be the primary message of the Book of Mormon videos, and also of the book on which these videos are based. And, as an executive director on the video project said to me, “If you like the videos, go read the book. It’s even better!” Those who have produced these videos hope you’ll be interested in testing this theory.

About ALONZO L. GASKILL, PH.D.
Alonzo L. Gaskill is an author, editor, theologian, lecturer, and professor of World Religions. He holds degrees in philosophy, theology/comparative religion, and biblical studies. He has authored more than two-dozen books and numerous articles on various aspects of religion with topics ranging from world religions and interfaith dialogue, to scriptural commentaries, texts on symbolism, sacred space, and ritual, and even devotional literature. You can read more about the author here.
Previous Post

May 10, 2022
Introducing From Sin to Saint, A Podcast From Patheos
Next Post 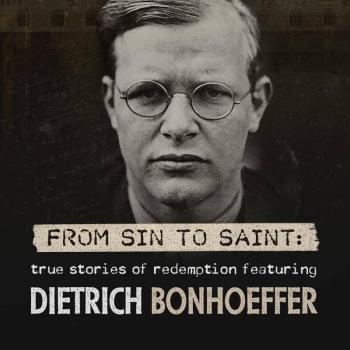 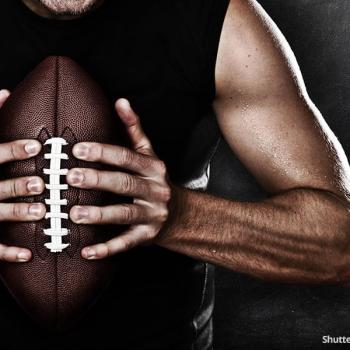 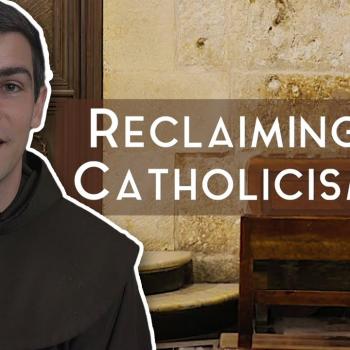