“Everything Everywhere All at Once”: A Guidebook to the Power of Opening Our Hearts 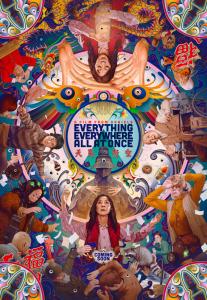 Several weeks ago, I wrote a post on Instagram: “I want to create a new martial art. When one opponent can coax the other to stop fighting, through gestures of love and affection, both parties win.”

The new existential sci-fi movie Everything Everywhere All at Once directed by the Daniels (Dan Kwan and Daniel Scheinert) is the film I’ve been waiting and praying for a very long time.

I believe the stories we tell have the power to shape our world. My hope that a film might give us the blueprint for a return to love was first dashed with the release of Avatar in 2009. Finally, the beauty of all beings interconnected on earth was dancing upon the silver screen, that is, until the protagonists unite to stop the greedy warmongers by…you guessed it: waging a war.

It was in 2016 that I finally had the joy of witnessing the spark of a new world in the film Arrival. As military interpreters in every major country attempt to learn the language of a fleet of aliens who descend upon the earth, it is unclear whether they have come to give humans a “weapon” or a “tool.”

A Chinese General is about to unleash a nuclear war to destroy the aliens when the female protagonist of the film intercedes by reminding him of his wife’s dying words: “In war, there are no winners. Only widows.”

Arrival gifted us with the blueprint for a non-zero-sum game, where everyone benefits by working together. There are no good guys or bad guys. When we protect and help one another, everyone wins.

The truth of oneness conveyed in Arrival is brought to life in an even more visceral, relational way in Everything Everywhere All at Once.

As we are now entering the quantum age and collectively waking up to the flimsiness of “reality” as we’ve known it, Everything Everywhere All at Once explores how to navigate between the poles of a blind allegiance to ancient crumbling systems and their arbitrary rules on the one hand, and total chaos and nihilism on the other. The Daniels’ answer: Kindness.

The film’s unlikely heroine is Evelyn Wang, a middle-aged Chinese woman who owns a laundromat with her quirky, kind husband Waymond, a husband she cannot seem to see.

The film opens with Evelyn facing several predicaments—the potential of her business being seized by the IRS, receiving divorce papers from her heartbroken husband, and the dilemma of whether to introduce her daughter’s lesbian partner to her ultratraditional father visiting from China.

In the midst of these concrete quandaries, an alternate Waymond arrives from the “Alpha-verse” to feverishly convey that the fate of the multiverse rests in Evelyn’s hands. Her task is to seek and destroy an “evil” figure who is threatening to obliterate absolutely everything.

Evelyn soon discovers that this villain is actually a version of her daughter Joy, whom she had pushed too far in the Alpha-verse (a metaphor for her harsh parenting in this universe), and who is now trapped in a nightmarish loop of experiencing all multiverses simultaneously.

This destructive, multidimensional incarnation of Joy is named Jobu Tupaki, and she is plagued with the seeming meaninglessness of life, given the scope of the infinite random possibilities of existence that branch off from each and every choice we make.

In my mind, Jobu represents the surge of nihilism in younger generations now who see the destructive futility of continuing to uphold business-as-usual in the face of environmental, economic, geopolitical and psychological crises.

The youth these days are not only tasked with the despair of cleaning up an impossible mess that they did not make, but they are also faced with the dawning realization that we live in a quantum universe where anything is possible.

Jobu is macerated in the quantum field, and it drives her crazy. She says, “Everything is just a random rearrangement of particles in a vibrating super position…just a lifetime of fractured moments, contradictions and confusion, with only a few specks of time where anything actually makes any sense.”

This existential dread spirals Jobu into a state of nihilism and even suicidality. She says, “The truth is, nothing matters. Feels nice, doesn’t it? If nothing matters, then all the pain and guilt you feel from making nothing of your life goes away.”

Of course today’s youth are disillusioned. Especially since our older generations are so blindly attached to frighteningly out-of-touch systems that clearly do not work. War, oppression, extraction and division reign supreme, and the way things are going here on Earth, everything will be immanently lost.

In the film, Jobu’s grandfather Gong Gong represents this generation of the aging upholders of tradition, who, though elderly, have not practiced the art of serving as true elders or shepherds on this earth.

At one point, Gong Gong from the Alphaverse tries to convince Evelyn to kill her daughter Joy so that Jobu Tupaki won’t be able to “verse jump” into her body. He says it is “protocol” and “a sacrifice that is necessary to win the war.” In his generation, the value of upholding conventions at any cost is placed above the life of his own granddaughter.

Jobu says, “Right is a tiny box invented by people who are afraid.” At one point, as she is being arrested by an armed guard in the IRS building, she challenges him, “Is it that I can’t be here? What you meant to say is you’re not allowing me to be here. I don’t think you understand the meaning of the word can’t.”

This moment awakens us to the farce of when arbitrary oppressive human laws are enforced as if they are natural law. All of us have a choice in what we can and can’t; what we will and won’t do.

In the end, the true hero of the movie is Jobu’s sweet father Waymond (As in the Tao, the Way). In a parallel universe, he says to Evelyn, “I’ve been on this earth just as many days as you. When I choose to see the good side of things, I’m not being naïve. It’s strategic and necessary…I know you see yourself as a fighter. Well I see myself as one, too. This is how I fight.”

Simultaneously, as Alpha-Gong Gong deploys an army to open fire on Jobu and Evelyn in this universe, our version of Waymond, unlike the protagonists in Avatar, rallies to end the war with a new tactic: Vulnerability.

He weeps, “I know you’re all fighting because you’re scared and confused. I’m confused, too. All day I don’t know what the hell is going on…The only thing I do know is we have to be kind. Please, be kind. Especially when we don’t know what’s going on.”

With this, Evelyn comes to. She takes her husband’s hand, remembering all the joyful, sweet moments he’s given her. She finally sees Waymond clearly, viewing him through the eyes of love for the first time since they were kids.

Jobu is unamused. “Oh. I get it,” she says. “Feelin a good thing. You got your hopes up. See I’m here to save you some time. Eventually that all just goes away.”

What I believe Jobu is trying to make sense of is that life on earth is not an uninterrupted stream of joy and bliss. Sometimes we feel disconnected, misunderstood, disappointed. We miss one another. Things don’t always go our way.

After eighteen years as a clinical psychologist, and now having created a new healing modality I call Source Code, what I have come to understand is that there is an antidote to disconnection, which is to repair every rupture. To return to love again and again, even when it feels like all is lost.

We get to decide which story we’re living in.

Armed with the magic of kindness, rather than resisting her assailants, Evelyn now focuses her energy on freeing them from their obligation to attack. She gives a chiropractic adjustment to a soldier in pain, and he thanks her. She takes two encroaching fighters and gets out of their way so they can kiss, and they are married. She tells an enemy running at her with a machete that she is loveable, and pulls her in for a hug.

Evelyn, Eve, Everything…becomes joyful and kind, silly even, in the face of violence.

Her father, encumbered in his defense mechanisms, with literal outdated machines strapped to his body, cannot hold her back from dropping into her heart. She says, “I am no longer willing to do to my daughter what you did to me.”

Each of us has the power to say, “the buck stops with me” so we can transmute the generational pain that has been handed down through the millennia. The end of war on earth rests in the hands of every person poised to fight.

Beneath our defenses and conventions, beyond nihilism and disillusionment, there lies our bloody, beating, human heart.

About Dr. Sam Rader
After practicing psychology for 18 years, Dr. Sam Rader has created a new approach to healing called Source Code. Dr. Sam believes that in our first five years of life, our early experience writes a code in our unconscious which then determines the rest of the way our story unfolds. She helps people rewrite their code for a healthier, more beautiful life. www.drsamrader.com You can read more about the author here.
Previous Post 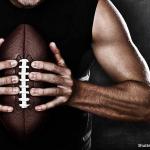 February 11, 2022
Super Bowl LVI: The Catholic Roots of the NFL
Next Post

May 10, 2022 Introducing From Sin to Saint, A Podcast From Patheos
Browse Our Archives
Related posts from Backstage Pass 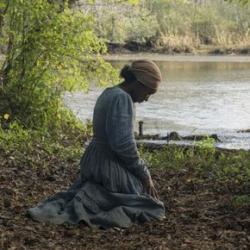 What God does with your sin
Review of "A Dozen Things God Did With Your Sin (And Three...
view all Entertainment blogs
Copyright 2008-2021, Patheos. All rights reserved.