As a more avid reader/watcher of Lord of the Rings than you (yes you with the orc mask) – by which I refer to the 17 times I’ve watched all three of the extended DVDs, which means – let’s see now, 210 minutes per movie, times 3 = 630, times 17, carry the two – 5040 minutes or 84 hours I have spent having my brain soaked in an alternative reality of epic proportions – I have come to the conclusion that I love Hobbits. For Tolkien, they represented the farmers of his country, the straight-forward, no-nonsense workers of the land. And for me they represent the simple of our Church, the straight-forward, no-nonsense saints of this age. 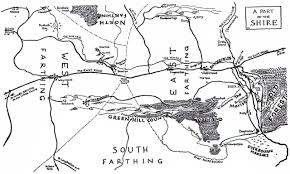 While I – and perhaps you – may agonize over the mystery of communion, of whether or not we can fully understand such sublime contradiction, the Hobbits of the Church say “Amen” and move forward. While I grow concerned over the doctrine of pre-destination, the Hobbits of the Church laugh it off and move forward. They are those who, when we tell them our problems, our intricate psychological wounds and life-long doubts, look at us seriously and say, “I’ll pray for you,” leaving us spluttering, “That’s it? No prophecy? No full psychological profile?” They seem to characterize all of the beatitudes; meek, poor in spirit, peaceful – already I think of a man, Mike by name, who helps carry titanic and awkward pieces of sound equipment for an Adoration night at my church, with joy and generosity unmatched. The humor lies in that Mike is 6′ 6″ and wears Metallica shirts, but I say Hobbit nonetheless. Or when I lived in Germany, a certain Desmond who had an interesting sock collection and a holiness that radiated hope and innocence – at the age of 60-something. Or that old lady – yes that old lady – in the mantilla, praying rosaries before every daily mass, as much a part of the front pew as a hymn book. I know I – God please don’t smite me – have sneered at such a person, in jealousy of such simple faith. “How can you know the harsh reality of the world, sitting in your rosary-praying bubble? How will you ever face opposition with such homely piety?”

Hobbits remind us that it’s all about peace, and lasting peace – that heaven is the Shire, a piece of green and a winding river, so simple and beautiful that it breaks our hearts. We complicate, we complicate, we complicate until we forget that the goal of our religion is to be happy, here and forever. Hobbits remind us that it is a virtue to be content, that the hope of joy everlasting should put to cease all of our quarrels, especially the ones in our own heads. When God called the little children to him, I do not believe he did it out of mere benevolence, but out of necessity. They are warriors, these simple-faithed, and of the best kind. The song “Concerning Hobbits” is full of that truth, that we need to prioritize, that God and joy come first and everything else follows. And I do believe, if we can restore that innocence, if we can find that contentment, if we can have the strength to live simply, alive and fulfilled, then the adventure will come knocking, and then – and only then – we will have the constitution and courage to accept it.

February 21, 2011 For a Friend
Recent Comments
0 | Leave a Comment
"Great quality content man, I am really impressed with this one. Thanks for sharing this ..."
diksha gupta Culturally Catholic, Baby.
""You know, it's not Christian to assume I am a bimbo just because God created ..."
Makishima Women Swiftly Running Out Of Things ..."
""...it can come on handy when I need a favor." "Women hate me for this. ..."
Makishima Women Swiftly Running Out Of Things ..."
"There would be fewer Muslims if they were not afraid for their lives to convert ..."
Maria Combe A Pagan Prophecy
Browse Our Archives
get the latest from
Catholic
Sign up for our newsletter
POPULAR AT PATHEOS Catholic
1