I was writing fiction, and when I seriously considered describing my character’s feeling of anxiety as similar to “the heightened feeling of angst that came from copying something onto his clipboard and getting immediately distracted, knowing it to still be there and ready to be pasted, but forgetting entirely what it was,” I realized that I a) need a new career, b) need more sleep, and c) that I am – like so many of my peers – undeniably affected by the Internet Age, and that – for all its benefits – our Facebooking culture is not helping me along my life’s path to fulfillment. 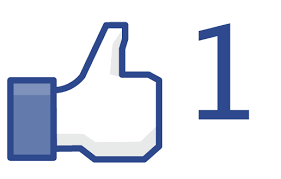 (Okay, admittedly bad example. I don’t care the method I find out about you shattering your pelvis, I’ll take it. With some video, if you’ve got it. Anyways:)

This may be a personal neurosis, but the existence of these Internet-thoughts depresses me all Holden-Caulfield-like. First by way of an irrational feeling, that the moment something is conceived as being updated on Facebook, or tweeted, or tumblr(ed), or socially networked on whatever social network you’re currently networking your society with, well, it loses something. You’re dead to it and it to you, in a way.

After all, is that not dying to the present moment – moving on from it? Is a man thinking about the future not but a ghost, dwelling neither here nor there? When you’re in a group of friends and something insightful or funny is said, phones are whipped out and passionate mutters of “Tweet-worthy” are heard all around, everyone has removed themselves from the present moment and thrust their experience out to the world to be validated.

Thought Experiment: If you Facebooked/tweeted/blogged/shared the greatest moment of your life and no one ‘liked’ it, would you think less of the moment? Would you think less of your friends? Is either option any good? Is ‘liking’ something on Facebook actually ‘liking’ it, or is it usually validating that it exists, i.e. “Yes, you did say/post that.”?

That’s not at all to say things shouldn’t be shared, but we share them like words on a tombstone, brief summations of the life of the thing – that really amount to its death. Why? Because as soon as we move from the event to the status update, when we give the event a small conglomerate of signs and symbols that by their nature as words cannot fully describe – hence, “you had to be there” – we make our events small, and then we are done with them. We try and make ourselves, in some strange way, the victors of that moment. Our experience has been wrestled into submission by our adjectives.

Question: Why do we feel awkward when people post deep and meaningful Facebook statuses? Why does the notification “John Smith I’ll always miss her, no matter if she misses me” make us squirm? Or is it just me? Is it because the words are far too big and telling, or that they are far too small for such a tale?

The second has certainly conquered the moment. It has been captured, sent, and subjugated to description. But I hold that the greatest moments should conquer us. All moments should conquer us. That’s what it means to be open to God; to be open to having our wills entirely conquered. To live in the present moment is to live with the willingness to be swept away. Is to name moments – to update your status with them – to lose them? Maybe. Sometimes.

“I went skydiving! it was amaaaaziiiing” is certainly some form of loss.

On the other hand, poetry can take moments and by way of not naming them allow them to maintain their power. Merton writes “the black girls talk as quiet as clay” and he hasn’t lost his moment at all. He has shared it while not sharing it; said it by not really saying it. It does not conquer the moment, because within the word ‘clay’ the moment has not been pinned down. And it is very beautiful.

when the moment arrives, when sovereign knower confronts the thing to be known. Instead of looking at it, he photographs it. There is no confrontation at all. At the end of’ forty years of preformulation and with the Grand Canyon yawning at his feet, what does he do? He waives his right of seeing and knowing and records symbols for the next forty years. For him there is no present; there is only the past of what has been formulated and seen and the future of what has been formulated and not seen. The present is surrendered to the past and the future.

I asked some one whether he’d seen those clouds. He said, “Oh yeah, I have a picture!” But I’d seen the clouds.

Perhaps this is one of those arguments that isn’t really an argument. Shall we call it a reflection and let it slide? If there’s a point at all – there may not be – it is this: Our Internet-culture has created a social-networking world that effectively allows us – if we wish – to escape the Present by passing our moments onto it. And as C.S. Lewis asked, “Where, except in the present, can the Eternal be met?”

October 23, 2011
In Defense of Stupid Conversions (God Exists!)
Next Post

October 24, 2011 Herod the Abortionist
Recent Comments
0 | Leave a Comment
"All political art is lame?"
George Arnold Ghosts With Erections
"I don’t know what bible your reading, but if you really think Jesus wanted his ..."
George In Defense of Covering Catholic Churches ..."
"1. Conflates a child's sense of wonder with religion.2. Untold thousands of children have been ..."
Lucius 3 Arguments Atheists Aren’t Allowed To ..."
"Brilliant and mind opener. You're hot! Jajaja"
agusq1970 Modesty Sets Fire
Browse Our Archives
Related posts from Bad Catholic