A guest post from my dear friend Andrew Oullette:

Many people that first hear the title of Mary as Coredemptrix think, “Wait. What?! Mary…Coredemptrix?! Blasphemy!” Yet we cannot be too quick to judge this title without looking at the meaning of the word Coredemptrix, the evidence for it in Sacred Scripture and Sacred Tradition, and discovering what it means to us as the Body of Christ that Mary is the Coredemptrix.

The story of Redemption and of Mary’s participation in the Redemption begins in Genesis. “I will put enmity between you and the woman. Between your seed and her seed. He shall crush your head, and you shall lie in wait for his heel.”(Genesis 3:15) 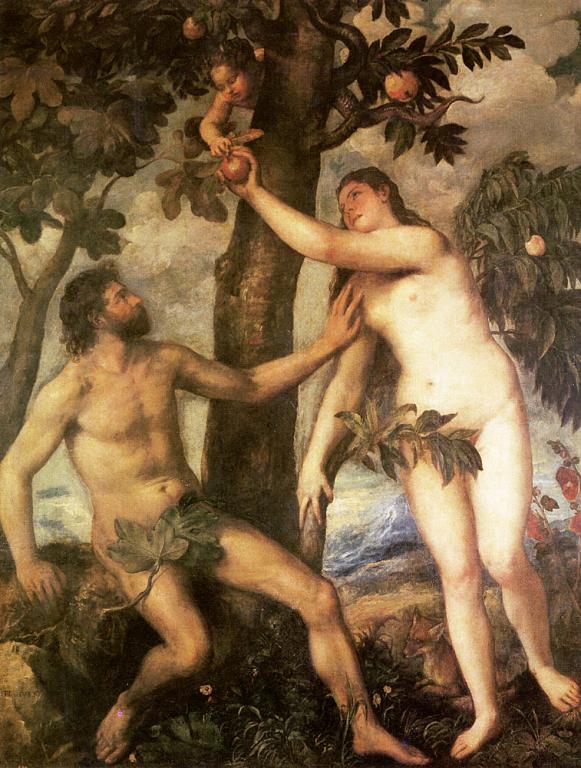 We, who had just disobeyed God, are given a prophecy of salvation. This prophecy speaks of Satan and his seed (sin and death) forever in opposition between Mary and her seed (Jesus Christ). This prophecy tells us explicitly that a woman will participate in the the work of Redemption that is brought about by her offspring. This is the Coredemptrix foretold. The beginning of Mary Coredemptrix is at the Annunciation.

Our Lady begins her role as Coredemptrix by saying yes. Her fiat allows God to initiate his redemptive mission. By saying yes to carrying the Incarnate Logos and by giving Jesus his body, which is the instrument of salvation (Hebrews 10:10), Mary begins her participation in God’s work of Redemption. This fact is verified and made clearer at the Presentation, “and a sword will pierce through your own soul also.” (Luke 2:35)

The fiat of Mary Coredemptrix at the Annunciation is confirmed in the Presentation and is fulfilled on Calvary. Here Mary’s fiat resounds with every beat of her sorrowful and pierced heart. At the foot of the Cross Mary resigns her will to God, just as she did at the Annunciation “Be it done to me according to Your word.” (Luke 1:38) The Second Vatican council speaks on this writing that,

“After this manner the Blessed Virgin advanced in her pilgrimage of faith, and faithfully persevered in her union with her Son unto the cross, where she stood, in keeping with the divine plan, grieving exceedingly with her only begotten Son, uniting herself with a maternal heart with His sacrifice, and lovingly consenting to the immolation of this Victim which she herself had brought forth. Predestined from eternity by that decree of divine providence which determined the incarnation of the Word to be the Mother of God, the Blessed Virgin was on this earth the virgin Mother of the Redeemer, and above all others and in a singular way the generous associate and humble handmaid of the Lord. She conceived, brought forth and nourished Christ. She presented Him to the Father in the temple, and was united with Him by compassion as He died on the Cross. In this singular way she cooperated by her obedience, faith, hope and burning charity in the work of the Savior in giving back supernatural life to souls. Wherefore she is our mother in the order of grace.This maternity of Mary in the order of grace began with the consent which she gave in faith at the Annunciation and which she sustained without wavering beneath the cross, and lasts until the eternal fulfillment of all the elect.” (Lumen Gentium 58, 61-62) 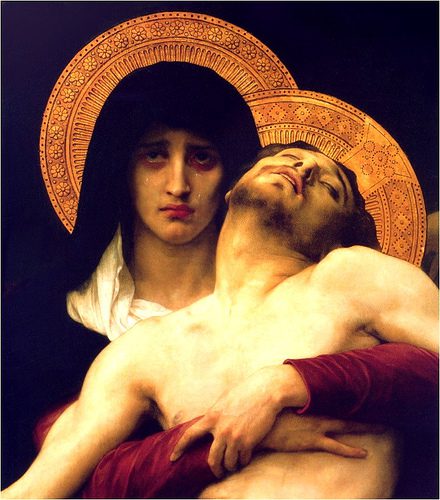 On Calvary Mary’s role as the Coredemptrix reaches it’s fulfillment. Our Lady participates uniquely and actively in the work of Redemption like no one else because she offered and consented to the very immolation of her own Son. She united her Sorrowful and Immaculate Heart to the wounded Sacred Heart of Her son, the Redeemer of the world. There on Calvary she united her sufferings to the sufferings of her son Jesus “by whose stripes you were healed” (1st Peter 1:24)

As the Holy Spirit continued to guide the Church in her understanding of salvation history, the Church became more and more aware over time of the participatory role that the Mother of God played in the work of Redemption. Deepening in the understanding of Mary as the New Eve, the Church began to develop the theology of Mary’s role in the redemption more and more we every passing century. St. Irenaeus said, “Mary…became the cause of salvation for herself and the whole human race.” (Against Heresies)

St. Ambrose, a Doctor of the Church and the spiritual father of St. Augustine speaks of Mary as Coredemptrix on multiple occasions saying that Mary “brought forth redemption for the human race” (De Mysteriis), that she “bore in her womb the remission of sins”, and that she “conceived redemption for all.”(De institutione virginum)

The actual term Coredemptrix did not appear predominately until around the 15th century when it was found in a Salzburg Liturgical Hymn. Before that the term Redemptrix goes as far back as the 10th century when it was found in a Litany of the Saints in a French Psalter.  I could go through the plethora of Fathers, saints, blessed, doctors of the Church, and venerable, that have written on Our Lady as the Coredemptrix but that would take too many guests posts. Let me just give you some well known saints who have developed the theology of Mary as Coredemptrix: St. Andrew of Crete, St. John Damascene, John the Geometer, St. Peter Damian, St. Anselm, St. Bernard of Clairvaux, St. Bonaventure, St. Albert the Great, Bl. John Duns Scotus, St. Lawrence of Brindisi, Ven. Mary of Agreda, St. John Eudes, St. Louis de Montfort, St. Alphonsus de Liguori, Bl. John Henry Newman, Blessed Pope Pius IX, Pope Leo XIII, Pope St. Pius X, Pope Benedict XV, Pope Pius XI, Pope Pius XII, Blessed Pope John Paul II, St. Gemma Galgani, St. Francis Xavier Cabrini, St. Maximilian Kolbe, St. Leopold Mandic, St. Teresa Benedicta, St. Josemaria Escriva, Padre Pio, Blessed Bartolo Longo, Sr. Lucia of the Fatima Apparitions, and Blessed Mother Teresa of Calcutta. These are only a handful of the witnesses to Mary Coredemptrix.

Now some may ask, “Ok great. I understand and believe that Mary is the Coredemptrix…yet what does that have to do with me?”

Everything that we say of Our Lady has extreme significance on us pilgrims of this world on our salvific journey. All truths of the Blessed Virgin Mary are revealed to inspire in growing in holiness as we look to our Advocate and model of faith. Mary as the Coredemptrix offers us a model on how we can become co-redeemers, or co-workers in Christ (1Cor 3:6). St. Paul invited the faithful to “make up what is lacking in the sufferings of Christ, for the sake of the body , that is, the Church” (Col 1:24)

Paul is not telling us that Christ’s sufferings were not sufficient for our salvation and our lacking salvific merit. What he is trying to say to us is an invitation to unite our own sufferings with that of the Suffering Christ. Blessed Pope John Paul II writes on this beautifully, “Those who share in the sufferings of Christ preserve in their own sufferings a very special particle of the infinite treasure of the world’s Redemption and can share this treasure with others. Does this mean that the Redemption achieved by Christ is not complete? No. It only means that the Redemption, accomplished through satisfactory love, remains always open to all love expressed in human suffering.” (Salvific Doloris)

We are called as Christians to unite all of our sufferings to that of Christ, the Redeemer of the world, so that the graces of Redemption, that were acquired by Christ and his Mother (in a subordinate way) on Calvary, may be released for the building up of the Body of Christ. Finally, let us follow the exhortation of our Holy Father Pope Benedict XVI, “Dear friends who are sick, welcome the call of Jesus who will shortly pass among you in the Most Blessed Sacrament, and entrust to him every setback and pain that you face, so that they become – according to his design – a means of redemption for the whole world. You will be redeemers with the Redeemer, just as you are sons in the Son.” (Blessing for the Sick from Fatima)

Andrew Ouellette is studying Philosophy and Theology at Franciscan University of Steubenville.  Feel free to email him at eucharist.mary@gmail.com

April 2, 2013
The Difficulty With Engaging Gay Marriage
Next Post

April 8, 2013 My Talk on Beauty at Notre Dame
Recent Comments
0 | Leave a Comment
Browse Our Archives
get the latest from
Catholic
Sign up for our newsletter
POPULAR AT PATHEOS Catholic
1

Review of 2021 Remix of The...
Biblical Evidence for Catholicism
Related posts from Bad Catholic