I read Pope Francis’ beautiful, bold and otherwise death-defying interview. Then I read this. 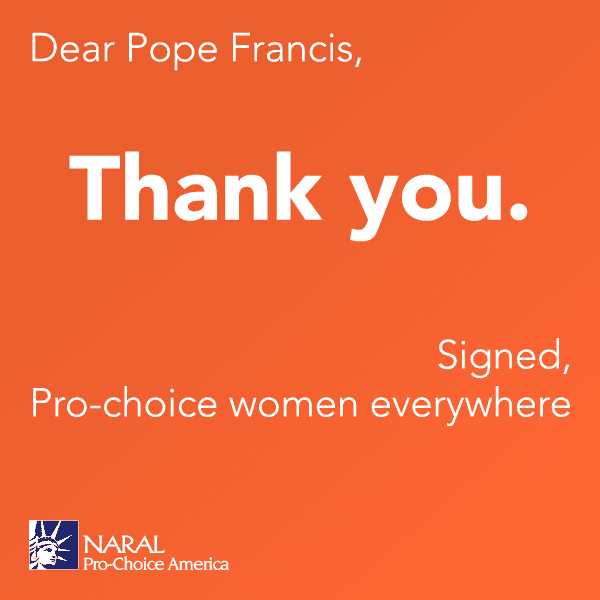 So I re-read the “pro-choice” view at issue:

The dogmatic and moral teachings of the church are not all equivalent. The church’s pastoral ministry cannot be obsessed with the transmission of a disjointed multitude of doctrines to be imposed insistently. Proclamation in a missionary style focuses on the essentials, on the necessary things: this is also what fascinates and attracts more, what makes the heart burn, as it did for the disciples at Emmaus. We have to find a new balance; otherwise even the moral edifice of the church is likely to fall like a house of cards, losing the freshness and fragrance of the Gospel. The proposal of the Gospel must be more simple, profound, radiant. It is from this proposition that the moral consequences then flow.

And at this point, all there is left to say is: 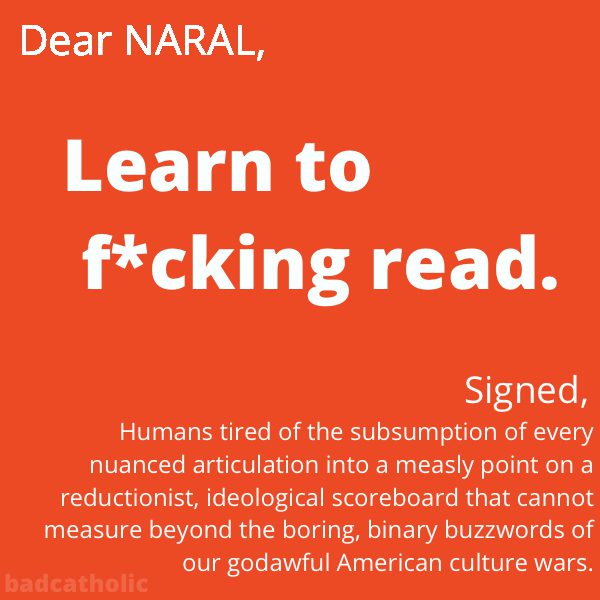 I know it is difficult to fathom that a human being might mumble something beyond the vocabulary of our not-nauseating-at-all, liberal/conservative debate, but allow me to break down the mind-numbingly obvious. Pope Francis has just said that opposition to abortion is a moral consequence of the Gospel, not its focus, and as such, the Gospel should be preached radiantly, that the “moral edifice” of the church — composed of things like sharing, being nice to cats and not killing children — might not fall. This, in a word, is awesome. He has ripped Catholic Church from the “issues” of the world and proclaimed her the source and foundation of a love that determines the truth about these “issues.” He has chided Catholics for primarily preaching consequence before action and the ripple before the rock, and this is good. But he is no more “pro-choice” — nor a boon to that beautifully labeled demographic “pro-choice women” — than a man who says “focus on the value of human life — opposition to the death penalty is its moral consequence” is pro-death penalty.

Those even slightly weirded out by our moral justifications for killing unique, human lives should take happy heart that the Pope is demanding we return our focus to the very reason life is worth living, and all human life infinitely valuable — namely, the Gospel. Those obsessed with chalking up anything the Pope says as a point for a particular side of a particular debate, on the other hand, should be terrified, for the Pope is advocating a radicalism, an essentialism transcending our slogans and bumper stickers that masquerade as ideology.

If this kind of idiocy is not enough to make you ditch your labels and utterly exit the world of American ideology and its culture warriors, I don’t know what is.

September 23, 2013 You Are Poor
Recent Comments
0 | Leave a Comment
Browse Our Archives
get the latest from
Catholic
Sign up for our newsletter
POPULAR AT PATHEOS Catholic
1