Sexuality and Personality May 1, 2014 Marc 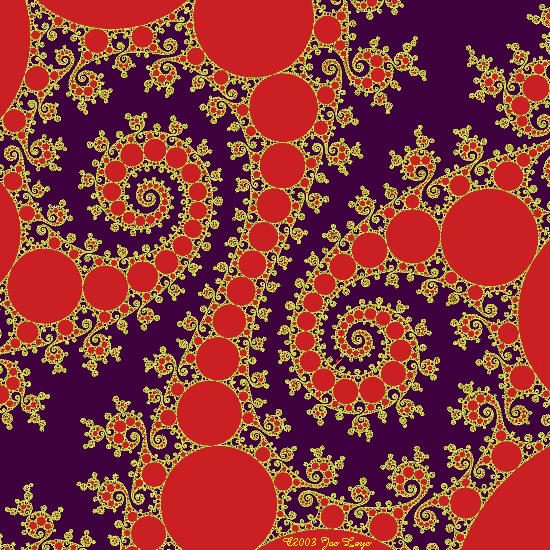 Sexuality is a microcosm of personality. It is a part of the person — I can draw it out from other parts, like rationality — but it also signifies the person. Like a fractal that contains within itself the governing idea of the fractal-pattern, a sanctuary in a temple, or a thesis statement that is both a part and the whole of an essay, sexuality recapitulates the fundamental realities of the person of which it is a part.

This is the reason that sexual issues are controversial. Deconstructions of the meaning of our digestive systems don’t phase us. The new-found “origin of the species” is fairly boring. Anti-Christian potshots are largely humorous. But watch us freak out over sexuality. It’s personal.

Let’s consider one way in which this is true: Sexuality recapitulates the essentially relational nature of the person.

T0 ask which came first, being lonely or related, is worse than the chicken and the egg. From the standpoint of loneliness, the fact seems obvious — only because the person is first alone unto herself can she relate herself to others. Only because I really, internally keep my thought as a secret unto myself do I have the capacity to give that thought to my neighbor. Only because my life is first lonely unto myself can I communicate (from communicare, to share) that life with others. The person is thus an ecstasy, a stepping-out from incredible depths into the light of day.

But from the standpoint of relation, it is only because the person is first related to others that she exists in her incommunicable subjectivity. Only because I first belong to a mother and father can I ever say I belong to myself. The baby is not born as a phenomenon of individuality. She is born as a phenomenon of love. She does not learn to know her mother as some other being than herself. She learns to separate herself from her mother in order to know herself as an individual being. Only because I am given language by a community can I ever fully realize my own consciousness which is a secret to the community. From the standpoint of relation, it is only because I am first given to others that I am ever lonely unto myself.

This paradox will not be undone. It is present in the very etymology of the word “person,” pointed out by Christos Yannaras:

By the word prosopon (“person”) we define a referential reality…The preposition pros (“towards”) together with the noun ops, which means “eye,” “face,” “countenance,” form the composite word pros-opon: I have my face turned towards someone or something. (Person and Eros)

This is why it is not so simple as having an interior life that we willfully express through an exterior life. We relate ourselves to others when we don’t want to. Our friends know what we are thinking. We burst out from ourselves — and the harder we try to keep the roar of the interior from the “relatability” of the exterior, the more likely the burst. We spill over from loneliness into community by the very structure of our person. We wear our hearts on our face, in the music behind our words and the way we brush our hair from our foreheads (Paul Simon). Our outside is saturated with our inside — we cannot help but express ourselves. We tend towards relation.

Sexuality recapitulates this fact, accentuating the relational aspect of the person by drawing her — by its very structure — from loneliness to relation. From the view of loneliness, we have internal sexual desires and express them outwardly to our beloved. We communicate ourselves. From the view of what is shared, it is precisely the beloved who calls forth our sexuality in us.

From the view of loneliness, I am man, and this is a certain type of thing. From the view of relation, my masculinity is fundamentally a relation to femininity. It is because she is.

I know how the saying goes — “A woman without a man is like a fish without a bicycle.” This is a social comment, not an ontological one dealing with the deepest reality of things. A woman without a man can do just swimmingly, but woman without man is an absurdity, lacking any relational reference by which her being a woman has any meaning. In an imaginary world of only women, there would be no women. For on what ground would “woman” take on any meaning, any demarcation of identity, besides (perhaps) a being who is not a plant, not a fish, and not a bicycle? So too, a man is only a man in any meaningful sense in his relation to women.

This is not an advocacy for heterosexuality. A gay man, entirely, authentically attracted to men and unattracted to women, is held in identity by an ontological relation to women. It is only because we first understand him as a fundamental relation to women — as a man — that we understand him as a “gay man.” The same fundamental necessity holds true of those experiencing transgenderism. To be a woman (spiritually) in the body of a man (physically) is not to change the founding relation by which the terms man and woman take on meaning, allowing us to be comprehensible when we say something like “I look like a woman, but I am really a man.” In short, man and woman as sexual identities which exist by virtue their relation to each other is the vocabulary which all gender deconstruction, reconstruction, and alteration draw from in order to be comprehensible, in order to gather together their “truth.” Even statements like “there is no such thing as a man” appeal to this fundamental relation by which the word “man” has any meaning at all.

This is often pointed out in terms of our physical bodies. A man’s body makes no sense without a woman’s, a woman’s is incomprehensible without a man’s. It is more proper to speak of one “sexual reproductive system” than two — only in relation are our systems reproductive systems. I merely want to extend what is true of our sexual systems — that it takes one to meaningfully identify the other — to our sexuality as such. We need each other. Even when we don’t want each other, we need each other.

So. Our personal identity requires relation, and our sexuality recapitulates this fact. It requires relation in order to attain meaningful identity. Thus it is no accident that as our culture treats sexuality, so it treats personality — a topic I hope to discuss with you very soon.

May 3, 2014 How "Cis" Killed Gender Theory
Recent Comments
23 Comments | Leave a Comment
"Brilliant and mind opener. You're hot! Jajaja"
agusq1970 Modesty Sets Fire
"Great quality content man, I am really impressed with this one. Thanks for sharing this ..."
diksha gupta Culturally Catholic, Baby.
""You know, it's not Christian to assume I am a bimbo just because God created ..."
Makishima Women Swiftly Running Out Of Things ..."
""...it can come on handy when I need a favor." "Women hate me for this. ..."
Makishima Women Swiftly Running Out Of Things ..."
Browse Our Archives
get the latest from
Catholic
Sign up for our newsletter
POPULAR AT PATHEOS Catholic
1