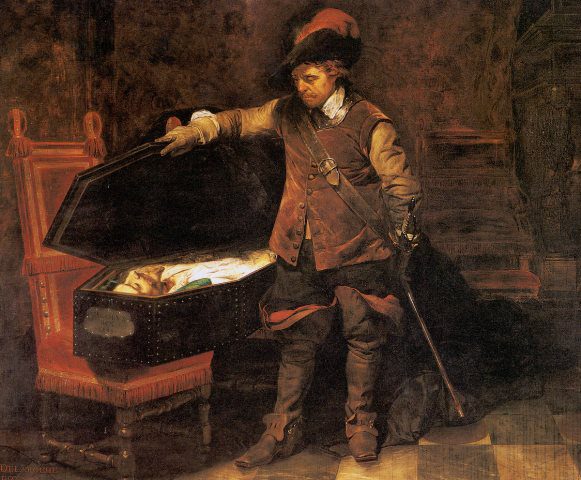 Modern gender theory is dead, and we have killed it. Weep — we were really onto something. 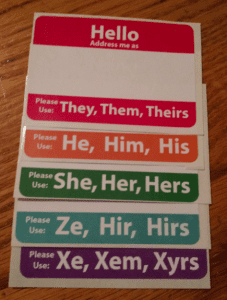 Ultimately, the hope went, “there are as many orientations and genders as there are people.” “Each to his own” is not a social nicety — it is a philosophical claim as to the source of sexual identity.

This happy horizon has been destroyed by the use of the term “cis.” Cisgender or cissexual persons (the terms are largely interchangeable) are defined as “individuals who have a match between the gender they were assigned at birth, their bodies, and their personal identity.” The term was initially used to simply indicate “non-trans” people, but academia has taken it up as a scientific definition — a category unto itself. It’s also the hippest term to throw out in a combox since “reactionary.”

Within its place in the dictionary of possible sexualities and genders to be, “cis” should be just another gender identity. It should fit snugly amongst options — transgender, trigender, cisgender. In reality, “cis” is almost always a spat word, to the point that Dan Savage has referred to it as a slur against “non-trans” people. On the surface, the reason for a resentment towards “cissexuals” that makes their confirmed label indistinguishable from an insult is obvious. They are not just another self-identifying group. They are the once-called-normative, who, by virtue of holding power for the vast part of human history, have created a world hostile to all other sexual identities and genders. They are the privileged oppressors who either actively harm other genders/sexualities by that whole demonic package of bullying, abuse, isolation, and even murder — or who passively harm by their tacit assumption of being “the normal ones.” While I don’t deny a justified resentment, if this were the whole story (“cis” as a gender identity, equal amongst all the others, one that just happens to be the dominant social identity at the moment) gender theory wouldn’t be dead.

But we killed our entire project. Remember the accepted definition. To be a cissexual is to be a match between the internal experience of identity (I am a woman), the body (I am a female body) and one’s “assigned” or “recognized” gender (the fact that I am a woman is communicable through the body to my community). But if it is a match, it is qualitatively different than the whole myriad of possible sexualities and genders. It is no longer a lifestyle amongst many. If it alone is that type of gender identity described as a match, an identity essentially described as a harmony, then its existence is an implicit claim that all others are a disharmony, a mismatch.

Now in theory, this is the death of everything we hoped for. In practice, this is hardly denied. Of course being ‘trans’ is a mismatch. The inner experience (of being a woman) does not match the body (which is masculine). Hence the sex-change culture, the effort to alter the body to match the interior experience — to bring two divorced principles into harmony. But what is implicit in the transgender strive to attain a unity between the inner and the outer was never explicit in the common tongue of modern gender theory, namely, that there is a certain type of sexuality (cissexuality) that is a match, that has what others strive for, that exists as a harmony of the principles of the interior and the exterior — of the inner life and of the body.

The project of all our gender defining, typing and sub-typing was one aimed at equality. Each to his own self-identification. But now, amongst this diversity of identities (each of which represent some form of relation between the body and the interior life) the introduction of a match introduced a new primacy. This not the primacy of history. This is not the primacy of quantity. This is not the primacy of the social norm. It is not the critical-theory-esque primacy of the power that has defined what is normal and what is not. “Cis” has been given primacy in the sense that it holds all other sexual identities in existence as the ground by which they have meaning. It is the “match.”A match gives the possibility of meaning to a mismatch. As fragmentation is known by the lack of a whole, deriving its meaning from it, while a whole does not depend on a background of possible fragmentation, but simply exists as itself, cisgenderism does not depend on a perceived lack of integration of gender, body, and identity for its own meaning. All other sexual identities — which are implicitly mismatches by virtue of cisgenderism being the only identity defined as a match — can only have meaning insofar as we assume the existence of cisgenderism — of a possible match, of an integration by which disintegration possible.

As rational beings we tend towards integration, the harmonizing of warring principles — towards peace, unity, wholeness and coherence. Though there is no explicit value judgment in defining cissexuality as a coherence and a “match,” there is an implicit one insofar as, in every other area of human existence, integration is valued over disintegration. Perhaps this is the deeper reason why there is such a natural slide into “cis” being a slur.  If it is not lambasted as that oppressor and locus of world-defining power, if there is not an immediate, resentful suggestion that the only reason cisgenderism/sexualism is dominant and free from persecution is its privileged historical power then a suspicion sneaks in — there may be an inherent value, beyond all merely social or historical values, to an integration between the body and the internal experience of gender.

So through our academic use of the term, and more than that, through our resentful use of the term, “cisgenderism” has killed the project of modern gender theory, insofar as it was an honest project toward the free, individual identification of personal sexual structures and genders, equal in value to the sexual identity of every one else. In an irony I doubt causes a lot of joy, we find we have come full circle — the norm and its deviations, 2014. Gender theory is dead, having accidentally created a norm with unshakeable reasons for being a norm.

May 7, 2014 The Real World
Recent Comments
83 Comments | Leave a Comment
Browse Our Archives
get the latest from
Catholic
Sign up for our newsletter
POPULAR AT PATHEOS Catholic
1

The Oxford School Shooting and its...
Steel Magnificat
Related posts from Bad Catholic