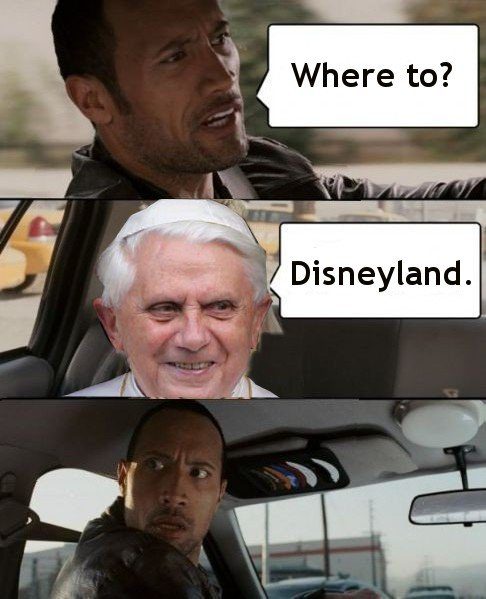 There is an tendency amongst many Catholics to view the resignation of Pope Benedict XVI as a quirk, a historical aberration, something wild and crazy — now let’s get back to a “till death do you part” papacy, thanks. This, at least, was my attitude towards the whole affair for quite some time.

But I wasn’t listening to Benedict. The man didn’t resign for personal reasons that may or not be repeated. He resigned for reasons that created a norm, an example to follow, an expectation — a universally applicable rule, even. He said:

After having repeatedly examined my conscience before God, I have come to the certainty that my strengths, due to an advanced age, are no longer suited to an adequate exercise of the Petrine ministry.

[I]n order to govern the barque of Saint Peter and proclaim the Gospel, both strength of mind and body are necessary, strength which in the last few months, has deteriorated in me to the extent that I have had to recognize my incapacity to adequately fulfill the ministry entrusted to me.

Now it was exciting, for a little while, to indulge conspiracy theories. (He quit because he was forced out of the papacy by a corrupt financial system! By pressure from the gay lobby! Because he never really was the Pope! Because he repeatedly applied for spinning rims on his Popemobile and was sick to death of unreasonable bureaucratic refusals!) But it’s time to begin taking him at his word. He was too old for the job.

This is a pinnacle of Benedict’s practical humility: The papacy is a symbol of the Church, yes, a visible sign of God’s presence, yes, a resounding “You are Peter, and on this rock I will build my Church, and the gates of hell shall not prevail against it,” yes, but it is only a sign, symbol and sacrament because it is also real work, a task, a project, a thing to be done — not just a position to fill. Benedict’s resignation put things in their proper order. The Bishop of Rome is not a dead symbol, but a living reality, an apostle who actively leads, guides and admonishes the faithful. If he is too old to do this, it is not enough to hang on to the office of the papacy. Far better to lead than to be “the leader.”

This is what I mean when I say that Benedict gave us a universal principle — if it was proper for him to resign upon an honest recognition of deteriorating strength, then it is proper for any Pope to resign under that same condition. By his resignation, Benedict has challenged the entire future: Put the work first. Put the commission first. Feed the sheep first. Put acting out the command of Christ, to go and evangelize all nations, first. 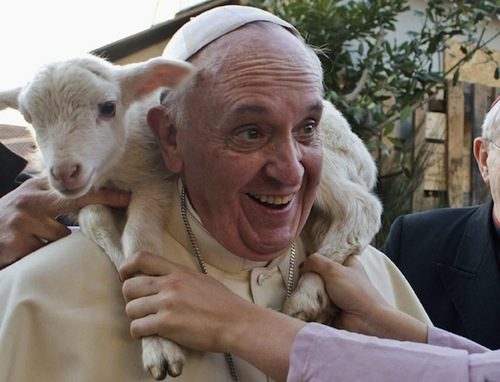 So it is no surprise that Pope Francis, in his latest interview for La Vanguardia, said:

Pope Benedict has made a very significant act. He has opened the door, has created an institution, that of the of the eventual popes emeritus. 70 years ago, there were no emeritus bishops. Today how many are there? Well, as we live longer, we arrive to an age where we cannot go on with things. I will do the same as him, asking the Lord to enlighten me when the time comes and that he tell me what I have to do, and and he will tell me for sure.

Pope Benedict created an institution indeed. He instituted a new expectation of practical humility. If it is lived out, it would go a long way to separate, in our hearts and minds, the idea of the Pope from the idea of the monarch. The monarch reigns until death because he, rightly or wrongly, lives as an authority quite apart from any of his actions. He is the king — ’nuff said. The Christian cannot take this attitude without playing with fire, for it makes the Pope into a superhuman who, ill and old, is nevertheless fit for the job by the mere fact of being the Pope, as if the papacy was a salvation in itself, and erasure of the human condition.

The Pope is a representative of Christ on Earth, but he is also a man, and that’s the beauty of the thing. By resigning, a Pope does not diminish the glory of the Church and her life-giving teachings — he accentuates her infinitely, first by reminding us that it is precisely fallen men, prone to illness and diminishment — you and I — who are made keepers of and proclaimers of her mysteries, and secondly, by putting the mission of the papacy ahead of the office of the papacy, the goal ahead of the journey, the salvation of all nations and the love of Christ before all else. And that’s just how the Church oughtta do.