Something amazing happened to me yesterday.

Since we moved to Las Vegas three years ago, I’ve really struggled to make friends. When we lived in Dallas I had all my friends from college nearby, plus my new sisters-in-law and my own family. I never had to actively try to make friends. But here, there is only one couple from our alma mater (University of Dallas), and as they don’t yet have children and both work, I’ve had to accept that actively seeking friends for me as well as my children is something I need to do.

For the first two years that we lived here, I kept waiting for friends to fall out of the sky like manna from heaven. My husband would take our daughter to the park and come home with the name and number of a woman with kids he met there; I would say “thank you,” smile, promise to call her and stick the number in the junk drawer where it would be lost for eternity. My father would do the same thing when he visited from out of town. My mother would call and encourage me to join a mothers’ group or a Bible study. And I would smile, agree, and then do nothing.

Finally, after two years of this, I had had enough. I was lonely and starting to feel mentally unhinged from the pressure of being a stay at home mother to two children under age 5 with no support system other than my poor husband. So when my oldest daughter started preschool last fall, I was determined to make friends with the other mothers.

Right away my plan hit a snag. The other mothers were almost all older than me. They were wealthier. They drove nice SUV’s and lived in actual houses instead of apartments and were constantly going to Cabo or St. Tropez with their husbands. They had huge diamond rings and teeny tiny waists and hair that looked like God himself had highlighted and styled it. And I dropped my daughter off at school with an unwashed ponytail and a sweatshirt that said, “Malt does more than Milton can to justify God’s ways to man.” Clearly, these were not my type of people.

The first birthday party Sienna was invited to was sheer agony for me. My husband was working, so I went alone to brave crowd of Beautiful Mothers with Sienna and our then-6-month- old Charlotte in tow.

The party was fairly predictable. I had awkward and perfunctory conversations with the Beautiful Mothers while trying to keep one eye on Sienna, who kept getting into fights with the birthday boy because she wanted to play with his new toys. The fathers drank beer and compared vasectomy stories (not kidding), and the father of the birthday boy looked at me like I had two heads when I pulled Sienna away from the TV because she’s not allowed to watch Sponge Bob Square Pants. Toward the end of the party I kept one finger stuck inside Charlotte’s mouth because she was hungry and I was pretty sure that this crowd wasn’t going to be too keen on me whipping out the breast for her, nursing cover or not. For the last half hour I gave up trying to make conversation and instead sat by myself at a table in the dining room where I could watch Sienna through the window and let Charlotte crawl around without getting stepped on. I felt like a failure, and an embarrassed one at that. To make myself feel better I imagined the clever conversations that I’d be having with my friends if this were a UD party; conversations that didn’t revolve around mortgages, vasectomies, vacations and new trucks, but ones that included philosophical debates and witty references to Nietzsche and Joyce. The beer would probably be the same (hey, we’re Catholic!).

Finally, another mother walked into the room and sat down across from me. She introduced herself as the wife of the pastor of the Lutheran church that Sienna’s preschool is connected to. We chatted for a bit about our husbands and kids, and then she invited me to a mothers’ group that met at the church every Wednesday. I told her I’d really like to come and perhaps would see her there the next week.

To my great relief, the party started to break up after that and we headed home. I told my husband all about it, and when he asked if I was going to go to the mothers’ group I said probably not. They’re Lutheran, they’re not like UD people, they won’t understand my jokes or my interests, and after all there’s only so many times we can compare labor and delivery stories or what kinds of foods our toddlers have learned to like this week.

I finally did start going to the group about six months later, out of sheer desperation. I found that the women were very nice, welcoming, and kind-hearted. It’s true that we didn’t have much in common, but that didn’t stop them from continuing to invite me to different outings and get-togethers. They didn’t seem to be nearly as concerned as I was about the difference in our faiths, and in fact genuinely seemed interested in the differences between Catholic and Lutheran teachings. So I kept going, enjoying having a few mothers to talk with and the chance to let my girls play with other kids their age. But still, I never really thought of these women as friends, or even potential friends. They had their own friends in their church, and besides, I kept telling myself, they were just so unlike me. Their interests and hobbies were completely foreign to me; I didn’t know what a scrapbook was or why a gathering was needed in order to make one. And they really didn’t understand why all of my shirts featured groundhogs holding beers and obscure literary references.

When summertime hit the group sort of disbanded; everyone had vacation plans, and we were out of town quite a bit ourselves. So I hadn’t seen them for several months when I received an email from the pastor’s wife asking how I was doing and whether or not I was still interested in getting together with their group. I told her I was, that the summer had just been busy, and she invited me to the next group activity.

We showed up at the park about an hour late because we had an appointment with our midwife, but when we got there the pastor’s wife ran right over to me and gave me a big hug. I was surprised and touched by this; I hadn’t realized that we were at the hugging stage. So you can imagine my surprise when, after the hug, she led me over to tables where everyone was and there was a HUGE diaper cake in the middle. “That’s for you!” she smiled. Not only had she made us this diaper cake for the baby boy, but the other mothers had all chipped in and gotten us a Target gift card, which was enclosed in an adorable greeting card featuring a chubby baby that they had all signed.

I was completely overwhelmed. To tell you the truth, I had to fight back tears. I had never expected anything like that. That’s something that friends do for each other, and I hadn’t really considered these women my friends.

I’ve been thinking a lot about it since yesterday, and I’ve come to the conclusion that I’ve been a friend snob. I’ve been looking for friends to replace the ones I left in Dallas, friends who are, in some ways, reflections of myself. I keep insisting that no one out here understands me instead of making the effort to understand them.

It’s pretty clear to me now that these women do consider me to be a friend and actually enjoy my company. I’m the one who’s been holding them at arm’s length, unwilling to overlook the differences in our beliefs, hobbies, and interests. Since yesterday I’ve been able to view my behavior these last few months with a new clarity, and it’s not a pretty sight. Where they were welcoming, I was wary. Where they were open and compassionate, I was aloof and judgmental.

I’m also grateful for the reminder that love doesn’t always come wrapped up in the pretty package we expect. God puts people in our lives for a reason, even if they’re not the type of people we expect, even if it’s not done in the way we expect it. And if we really want to find love, and friendship, all we have to do is open our eyes and look right in front of us.

On that note, please go watch Lars and the Real Girl. I learn something new about Christ-like love every time I watch that movie. You will, too, I promise.

But please, don’t turn it off in the first 30 minutes when you realize that it’s about a life-size sex doll. Just trust me on this one.

July 28, 2010 Out of the Mouths of Babes
Recent Comments
0 | Leave a Comment
"So what you're really saying is that you use NFP because you don't want to ..."
Naters The Super Suckage of NFP
"I'm sorry, but planning pregnancy involves using birth control. did you miss that memo?"
leesa maire All Parenthood is #UnplannedParenthood
"Without knowing that God has a purpose for everything, my sufferings in life would be ..."
Jim J. McCrea Sentimental Claptrap, Part V: God Has ..."
"Has the photo been changed? Because what's at the top right now is photo of ..."
Evelyn Sex Breasts and Babies
Browse Our Archives
Follow Us! 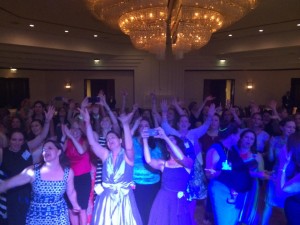 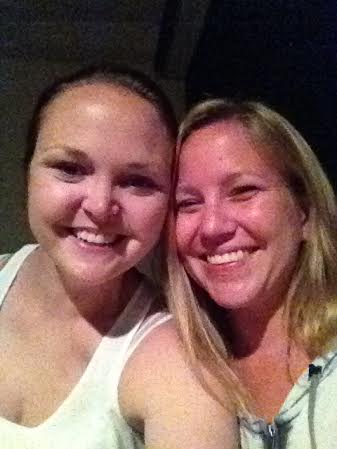 Catholic
The Unbearable Lightness of Being Friends
Barefoot and Pregnant 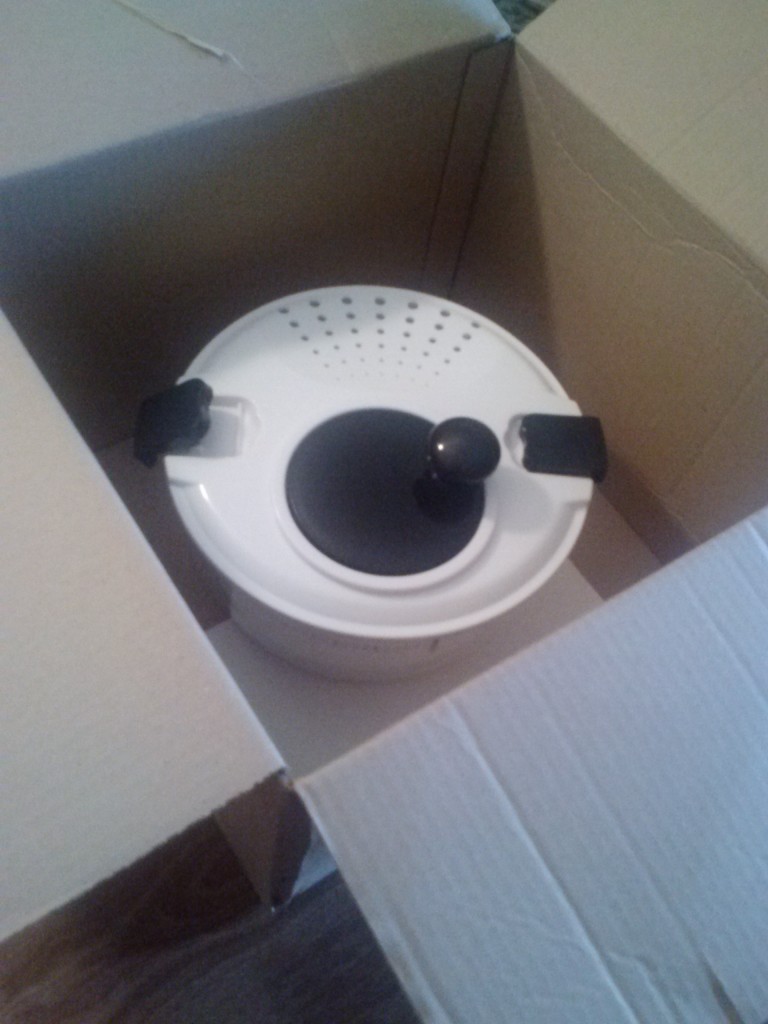 Catholic
If You Love Me, Feed My Sheep Salad
Barefoot and Pregnant