“She alone could mitigate his mortality”

“She alone could mitigate his mortality” November 20, 2014 Calah Alexander

This week the Vatican hosted Humanum, an international, interfaith colloquium on the complementarity of man and woman. The first keynote address was given by Rabbi Lord Jonathan Sacks, and it is absolutely stunning. I found his descriptions of the biological evolution of sexual reproduction and the anthropological evolution of monogamy particularly compelling, but it was the way he ended the speech that make me cry into my coffee.

Since this is a religious gathering, let me, if I may, end with a piece of biblical exegesis. The story of the first family, the first man and woman in the garden of Eden, is not generally regarded as a success. Whether or not we believe in original sin, it did not end happily. After many years of studying the text I want to suggest a different reading.

The story ends with three verses that seem to have no connection with one another. No sequence. No logic. In Genesis 3: 19 God says to the man: “By the sweat of your brow you will eat your food until you return to the ground, since from it you were taken; for dust you are and to dust you will return.” Then in the next verse we read: “The man named his wife Eve, because she was the mother of all life.” And in the next, “The Lord God made garments of skin for Adam and his wife and clothed them.”

What is the connection here? Why did God telling the man that he was mortal lead him to give his wife a new name? And why did that act seem to change God’s attitude to both of them, so that He performed an act of tenderness, by making them clothes, almost as if He had partially forgiven them? Let me also add that the Hebrew word for “skin” is almost indistinguishable from the Hebrew word for “light,” so that Rabbi Meir, the great sage of the early second century, read the text as saying that God made for them “garments of light.” What did he mean?

If we read the text carefully, we see that until now the first man had given his wife a purely generic name. He called her ishah, woman. Recall what he said when he first saw her: “This is now bone of my bones and flesh of my flesh; she shall be called woman for she was taken from man.” For him she was a type, not a person. He gave her a noun, not a name. What is more he defines her as a derivative of himself: something taken from man. She is not yet for him someone other, a person in her own right. She is merely a kind of reflection of himself.

As long as the man thought he was immortal, he ultimately needed no one else. But now he knew he was mortal. He would one day die and return to dust. There was only one way in which something of him would live on after his death. That would be if he had a child. But he could not have a child on his own. For that he needed his wife. She alone could give birth. She alone could mitigate his mortality. And not because she was like him but precisely because she was unlike him. At that moment she ceased to be, for him, a type, and became a person in her own right. And a person has a proper name. That is what he gave her: the name Chavah, “Eve,” meaning, “giver of life.”

At that moment, as they were about to leave Eden and face the world as we know it, a place of darkness, Adam gave his wife the first gift of love, a personal name. And at that moment, God responded to them both in love, and made them garments to clothe their nakedness, or as Rabbi Meir put it, “garments of light.”

And so it has been ever since, that when a man and woman turn to one another in a bond of faithfulness, God robes them in garments of light, and we come as close as we will ever get to God himself, bringing new life into being, turning the prose of biology into the poetry of the human spirit, redeeming the darkness of the world by the radiance of love.

(Read the rest and watch the presentation here)

The acknowledgement of Eve as a person (not a thing) is the first gift of love from man to woman. Not his rib, not sex, not anything until he realizes that Eve has dignity equal to his own. That’s what marriage is…the life-long pyre of learning to love another more than yourself. Not because of what they can give you or how they make you feel, but because of who they are — the only Other who makes you whole, in every way. 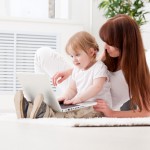 November 21, 2014 Those Pathetic Millennial Moms
Recent Comments
0 | Leave a Comment
Browse Our Archives
get the latest from
Barefoot and Pregnant
Sign up for our newsletter
POPULAR AT PATHEOS Catholic
1 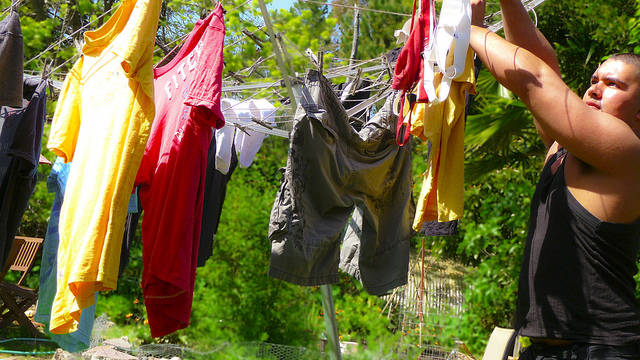