One of the best ways for laypeople to learn about the history, text, interpretation, archaeology, and lands of the Bible is through reading Biblical Archaeology Review. In spite of the name, it’s not just about archaeology. It used to have a sister magazine called Bible Review which was more focused on text and interpretation, but they’ve been combined. BAR (the frequent acronym) contains writings by scholars (Jewish, Christian, LDS, nothing particular) written for laypeople, so it’s meant to be accessible and up-to-date.  It also means that you’ll see things that challenge, things written from different worldviews or religious presuppositions, and, often, rejoinders by other scholars who disagree. So you’ll also learn to recognize good scholarship and quality argument.

I’ve pulled out three Christmas-y articles to show the kind of thing they do. First, Hebrew Bible scholar William H.C. Propp writes a tongue-in-cheek piece about relating Christmas and Santa Clause to asherah, the ancient mother goddess/tree/grove that Israel sometimes worshipped. The title riffs off an ancient inscription which some read as “Jahweh and his asherah.”

As it turns out, Propp was also “principal bassoonist of the North Coast Symphony Orchestra of Southern California and conductor of the La Jolla Renaissance Singers.” His musical life (and Jewish upbringing) contributed to another Christmas piece, with some history and critique of Handel’s use and abuse of the Hebrew Bible in writing The Messiah. This is article two.

Article three focuses on the how December 25th came to be celebrated as Christmas.

All three can be downloaded from here. Check out BAR. And if you’re interested in St. Nicholas, read this post.

December 20, 2017
Reading the Early Chapters of Genesis- Podcast and Followup
Next Post 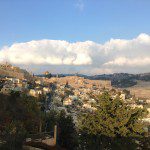 December 27, 2017 Old Testament Resources Part 4: History and Culture
Recent Comments
0 | Leave a Comment
"I just completed reading your paper The Israelite Roots of Atonement Terminology. Thank you for ..."
Minette Ngalu Gearing Up For Isaiah
"Even if the Gospels are eyewitness accounts, they are definitely not reliable sources. See here:https://lutherwasnotbornaga..."
Gary M Brief NT Introduction and Gospel Doctrine ..."
"Ben. A couple of comments on your references: ANYTHING by Raymond Brown is excellent. The ..."
CalSailor Virtual Sperry Fireside On Reading the ..."
"This is a great move! Looking forward to using your new website ."
DeAnn Spencer We’ve moved!
Browse Our Archives
Related posts from Benjamin the Scribe