A Story for Samhain: Not Yet

“I’m sorry, Mike,” I said on the phone, my voice hollow.  The sky was grey and so was the concrete of the hospital parking lot.  “We won’t be coming to see you this weekend.  Jason’s been in a car accident.”  I swallowed.  “It’s really bad.”

Curses and sighs came through the cell line, muffled in the background.  “Sable,” Mike asked me in a voice that uncharacteristically matched his nearly seven foot frame, “do you want me to come?”

I hesitated.  Anti-dependent, I guess they call it.  I never want to admit that I need anyone for anything.  “Yes,” I confessed at last.  “Yes I do.”

“I’m on my way,” he assured me; and he hung up.  He was in Penticton.  The drive would take at least two hours.

I stood in front of the Emergency department, waiting for the ambulance to bring whatever was left of my husband in.  We’d been working at the taxi company, me on the phone and radio and him driving the cab we’d hocked our lives to front.  He said he was on his way back into the north end of town.  And then he’d disappeared.  I called him on his cell; he didn’t answer.  I assumed he’d dodged into the Village Green Esso to use the bathroom; lots of the cabbies did that when it was busy.  Then a few minutes later in the middle of the hectic dinner hour, one of the off-duty cabbies, also named Mike, phoned me.  “So who was in this latest accident?” he wanted to know.  Howie, a smiling, good-humoured, round-faced cab driver had been killed just last month.  He was everybody’s friend.

“What are you talking about?” I demanded, my blood turning to ice.  “Where?”

You hear about your heart stopping in literature.  Feeling it is another thing entirely.  “That’s Jason,” I said.  It was coming from another planet, it was so far away.

He sputtered apologies, and tried to evade my questions about how bad it was.  That told me more than anything else.  I thanked him and hung up.

I kept on working; gods know why.  In between answering the phone with a cheerful, “Vernon Taxi!” and taking the info, then dispatching it over the radio, I kept phoning Jason’s cell, over and over and over again, screaming increasingly frightened entreaties to call me back into the phone.  There was no answer.  I took out my portable spell kit and lit a candle and an incense match to sit on my pentacle.  Sometime in there I phoned my boss and begged her to send someone to relieve me.

The boss’ daughter showed up, glaring daggers into my soul for inconveniencing her day.  She tossed her hair like a shampoo commercial and waved her hand to dismiss me.  I never saw her again.

The cabbies were told there had been an accident.  Ed waited at the scene to give me a report.  “It’s a mess, Diane,” he warned me on my cell phone; not the company line.  “Go up to the hospital; they’re pulling him out of the car now.”

So there I was.

It took them much longer than it should have, I thought, to bring him.  An ambulance showed up but it was the other guy.  I suppose if I’d known then what I know now, about how fast he was speeding when he T-boned my husband trying to turn around on the highway, I would have beat him to death with my cell phone.  But I didn’t know.

They brought Jason on a stretcher with a cervical collar.  “Baby!” I cried out as I followed his limp body into the ER.  “Baby, I’m here!”

“Okay,” he moaned in reply.  But there was no way he could have said anything; he was unconscious, and his jaw was broken in four places.

The paramedic wisely sent me to give the receptionist our information; which I did in the same mechanical way in which I’d kept answering the phone at work.  By the time I got through all that, they had Jason hooked up to a monitor and an IV.

Visibly, it didn’t seem that bad at first; except that his right shin was flat under the sheet between his foot and his knee.  I saw the X-ray and I knew before they did; the bones were splintered and splayed out like a fan.  Tomorrow evening I would hold his mother and cry as I signed the form that gave the surgeons at Vancouver General permission to amputate his leg.  Those were the first tears I would shed.  His other shin would have the imprint of our expensive car stereo’s play buttons on it; a bruise that didn’t emerge for three days, just like the bruise of his seat belt.

His left arm seemed to have an extra elbow; his humerus was sticking out of his tricep.  It turned out that his arm was broken in five places.  I think that’s where the other vehicle struck him.  He used to drive with his elbow draped on the windowsill.

Then they found the injury that made them call for an airlift to Vancouver.  His ribs had been crushed by the steering wheel.  His lungs were punctured, and his aorta had split, like a wet hose cracking in the cold.  The nurse looked at me with dark and sad eyes.  “Call his family,” she said.

I called them.  His father, who just lived in Armstrong, closer than Penticton; his mother and sisters, who lived in Surrey and would meet us at VGH.  Our son Dan; who called his stepsister Toni.  My mother.  Our friends and roommates.  I was thirty-three.  I don’t think I’ve been young since.

Mike and his whole family arrived.  Mike said nothing, and I bless him for that; but I remember now that I was holding his hand hard enough to whiten my knuckles.  Jason’s dad came with his new young wife and family.  He went in to see his son but left to sit with me in the waiting room almost immediately, his face the same colour as my knuckles in the fluorescent lights.  Steve came to hold my other hand.  My mother came to fret.

“Go see your father,” I commanded the kids when they arrived.  Dan was sixteen; Toni was fourteen.  “This might be your only chance to say goodbye.”  I knew that if they didn’t, they might always regret it.  “Come with me, Mom,” Daniel begged, and of course I did.  My husband was whiter than my knuckles now, and his face was beginning to look mashed in as his broken jawbone settled.

“Does he really think of me as his daughter?” Toni murmured.  Jason wasn’t her biological father and hadn’t been with her mother since she was small.

“Of course he does,” I nodded.  For many years I had heard stories from Jason; of how he tried to carry Toni’s mother up and down the hospital when she was in labour; of how he’d dealt with Toni’s colic because Shannon was deaf and could just take out her hearing aids; of how he wished they’d keep in better touch with us.  “He loves you so much.”

“I love you too, Daddy,” she wept, throwing her arms around his head.

“I love you too, Dad,” Dan choked, wiping his eyes with impatience.

The monitors started beeping angrily.  “He’s fibrillating,” someone announced in the voice of a soldier giving a sit-rep.

“Start CPR,” someone else ordered.  It was like the mechanical voice of a simulator.

The kids left the room in tears.  Someone began administering CPR as they charged the defibrillator.  It didn’t make that strange winding-up sound you always hear in the movies.  It didn’t make a buzzing noise when they applied the paddles to my husband’s chest, either.  It just made a little click, like the X-ray machine at the dentist.  His torso jerked.

They charged it again.  And as they did so, the strangest sense of calm washed over me.  Just like that, all the mortal terror and horror drained away, and I knew exactly what to do.  I leaned gently down to Jason’s ear and I murmured, “Don’t you leave me.  I love you and I need you.  And our children need you too.”

For a moment, all time froze.  There was nothing but me and Jason.  And then I heard someone say, “He’s back.”

I placed a kiss on the top of my husband’s forehead underneath his long, thinning blond hair. Droplets of salty sweat came away on my lips and a tear ran from the corner of his eye.  Goddess, don’t take him away from me, I prayed.

As clearly as if it were spoken in my ear, I heard a feminine chuckle, and then Her voice answered me; Don’t worry, little Priestess.  I’m not taking him away from you.  Not yet. 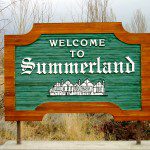