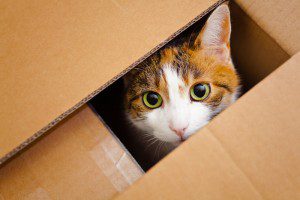 Our experience of reality depends upon our interaction with it.  This is true even at the basic building blocks of matter.  One founding physicist, a man named Erwin Schrödinger, suggested that perhaps reality doesn’t really exist at all until we interact with it.

When physicists developed the technology to work with atoms – conceived as the basic building blocks of matter, but as we now know, there are many more “elementary” particles that form atoms and the particles of atoms – they were very excited.  They started to test how atoms reacted to things at the fundamental level.

So what they did was the famous “Double-Slit Experiment.”  And by the rules of material determinism it makes no sense at all.  Jim Al-Khalili explains:

So, what he’s saying is that if we’re observing the experiment, we affect the results?  Thomas Campbell, rogue scientist, physicist, and author of popular physics book My Big TOE, believes so.  Go to 3:58 seconds in if you want to skip a repeated explanation of the first video, or follow the link to YouTube and it will take you right there:

This is, perhaps, leaping to conclusions.  We don’t really know why our observation matters.  We can interpret this information to speculate that consciousness directly affects reality.  Or, it might just affect our experience with it.  The first possibility, however, is a serious concept being explored in quantum mechanics.  It’s known as “Quantum Superposition”:

Quantum superposition is a fundamental principle of quantum mechanics that holds a physical system—such as an electron—exists partly in all its particular theoretically possible states (or, configuration of its properties) simultaneously; but when measured or observed, it gives a result corresponding to only one of the possible configurations (as described in interpretation of quantum mechanics).” ~ Definition: Wikipedia.

Schrödinger conceived of a famous thought experiment to explain this.  We know it as “Schrödinger’s Cat“:

So what he’s saying is this: basic building blocks of matter exist only as probabilities, or rather, as a state of infinite potential, until we interact with them.  Also, one could infer that in the double-slit experiment, what you expect to find affects the results.  If you measure for particles, you get atoms that behave like particles.  If you measure for waves (energy,) you get atoms that behave like waves.

Now again, this might well be leaping to conclusions.  We don’t really understand this: we can merely speculate.  The field is very new and we are still only in the novice stages.  But what we do know for a fact is this: reality is not nearly as solid and determinable as we think it is; matter is both substance and energy at the same time; and how we interact with reality affects at least our experience of it.  Matter might, in fact, be the raw stuff of chaos until consciousness gives it a form.  And all of this has interesting implications for the magician or the mystic, especially if you think of magick as a method of influencing probabilities.

Makes you think, doesn’t it? 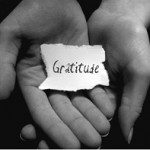 December 3, 2014 The Devil Never Did Me No Harm
Recent Comments
0 | Leave a Comment
"Take heart, Woods! I think people are finally angry and scared enough to get their ..."
Sable Aradia Dear Greta Thunberg
"You did make a difference, as did the Baby Boomer generation (who first brought attention ..."
Woods Wizard Dear Greta Thunberg
"I really like your text. I am happy to note that on the other side ..."
Seren The Star Goddess
"Very spot on review of Circe. This was one of the few books I read ..."
Michelle Gillian Pagan Book Review: Circe by Madeline ..."
Browse Our Archives
Related posts from Between the Shadows