Seekers and Guides: Getting to Know Your Local Land-Wights

As a young child I didn’t have many friends my age.  Maybe for that reason I spent a lot of quality time with nature and the world in which I lived.  And I learned that the land and its denizens had voices.  You have to use that intuitive knowing to hear them, but those voices are there.

There were three birch trees that grew together on my school playground; my best friend Tamara and I would spend our lunch hour engaging in dialogue and Let’s Pretend with those trees.  As a result, they showed us their seasonal changes, their birds, their bugs and their bark.  I would spend hours at the shores of Okanagan Lake “petting the water” with a stick and watching the waves go gently in and out; the lake showed me its fishes, its sand and stones, its shellfish and seagulls, and even the bats that flew over it hunting waterbugs at sunset. I used to walk home from school just so that I could detour through the wetlands and study cattails and red-winged blackbirds and cedar waxwings and even a blue heron or two.  I climbed Turtle Mountain as a teenager and it told me about its wildlife, about sagebrush and Okanagan bunchgrass, about peregrines and ravens, and about the aboriginal peoples that used to live there.  My yard taught me about poplar fuzz and dandelions, about honeybees that would allow themselves to be petted and spiders that spun spectacular webs, and some deeper mysteries, like how clouds migrate through the sky, how the winds of a lake blow in at dawn and out at dusk, and about how lightning can split trees in two.

As I grew into young adulthood I lost the art for a while.  The urban world seems so much more interesting in your early twenties.  But even then I was called back to the land.  I rented houses for their yards; I was attracted to this home, where I’ve been for more than a decade, because it borders protected woodland that gathers around BX Creek, which is fed from Silver Star Mountain.  I’ve spent many hours – though not as many as I would like – wandering around in those woods, watching it change with the seasons, watching the moss grow on the cedars, watching the creek transform the landscape completely when it floods each spring.

But because I live here, and have always lived here, I don’t appreciate it as much as I ought to.  I learned this because since my partner Jamie moved here from the Lower Mainland, I have watched him making a conscious effort to get to know the local land-wights, and he teaches me that there are still so many things that I do not know.

He keeps asking me questions that I have no answers to and have to research.  I didn’t know exactly what our primary crops were – here, in the Okanagan Valley, which is world-famous for its orchards and vineyards!  I didn’t know when the lambing or the foaling was; I grew up in the suburbs, not on a farm.  I didn’t know where to find the major hiking trails, and though I imparted what I knew of gardening in the Okanagan, I found that there were huge gaps in my knowledge, like when to prune the trees and how to get a good compost going.  I didn’t really know when the first birds arrived back from the winter or which ones they were; not specifically anyway.

Because of him I tried to fill the gaps.  For instance I was aware that Lammas around here is when all the berries and the apricots ripen, because I keep going away at that time and coming back and I’ve missed it; but which came first, the raspberries or the apricots?  (It’s the raspberries, by the way.)  I had no real idea of how to get a good compost going here; wood seems to be the only plant life that rots well in our semi-desert climate.  So we experimented.

How did I learn these things?  Some of them I read about by interpreting statistical data and by finding a great local blog about nature photography and ecology.  Others I learned by going with Jamie to the wild places where I live; the nature trails and the back woods, which took me to wetlands and parks and eagle bluffs and lakeshores and cedar woodlands.  Still others I learned while I watched Jamie discovering these things as he spent time doing what I used to do as a child; listening to the trees and the water and the sky.

The land-wights told Jamie where to plant the flowers we picked up from the nursery in late May.  They told him that the trees needed pruning.  They told him that it was unseasonably cold last year and a little on the warm side this year.  They told him that the way to make a good compost was to mingle wood shavings and broken stumps and branches in between layers of the other stuff, and cover it over with a blanket of the omni-present leaves of the horse chestnut trees that grow in our yard.  Those same horse chestnut trees complained when he decided to try growing a hedge along our fence by piling the leaves and the horse chestnuts there, except for what he was using in our compost.  Because one tree was closer to the compost pile than the fence, almost none of its nuts were being planted and it was cross about it.

I spent time just sitting in nature again, or walking without a destination.  I learned where the owls and the bats lived; where the squirrels made their homes; where to find the eagle bluffs and the heron nests, and approximately where the local rookery was.  I carefully observed the seasonal changes in the climate, the bugs, the flora and the fauna, the weather, the behaviour of people, and observations of the landscape.

This process can also teach you about the flow of energy in the land.  The “ley-lines” some people talk about can be found this way, along with the nexus points where they meet; and those places are unusually powerful energetically.  One of the reasons I was drawn to the place where I live was that it’s one of those places.  You can harness that energy, or choose to protect it against all interference.  We had a Beltane gathering here one year and built a spiral on the spot we sensed most strongly.

Some call this process of getting to know the land “deep ecology.”  I think it’s a valuable Pagan practice, particularly for those of us with a reverence of nature or an agricultural/folk tradition.  Perhaps through my experiences you can find something to help you to make that connection with the spirits of your land.

You can develop a life-long, intimate relationship with your local land-wights.  It’s my belief that doing so makes you happier and healthier and gives you a better quality of life.  And certainly it will help you to have a deeper ecological respect for the world around you; which is important to Pagans of many stripes. 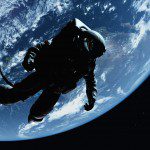 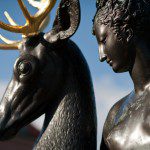 February 20, 2015 Daughter of the Moon
Recent Comments
0 | Leave a Comment
"Take heart, Woods! I think people are finally angry and scared enough to get their ..."
Sable Aradia Dear Greta Thunberg
"You did make a difference, as did the Baby Boomer generation (who first brought attention ..."
Woods Wizard Dear Greta Thunberg
"I really like your text. I am happy to note that on the other side ..."
Seren The Star Goddess
"Very spot on review of Circe. This was one of the few books I read ..."
Michelle Gillian Pagan Book Review: Circe by Madeline ..."
Browse Our Archives
Related posts from Between the Shadows