Have you given any thought lately to just how important the Sun is?  To just how much we depend on that average, run-of-the-mill sort of common-joe star for our very existence?

The gravitational pull of the cluster of matter that became our Sun made it possible for gravity and time to solidify the amorphous mass of the proto-solar-system into solid balls of gas or rock.

The energy produced by the Sun fueled the conversion of inorganic matter into organic matter.  Indeed, it’s entirely possible that our organic elements came from stardust.  And so did water.

The earliest forms of life were plants of course, and as we know from our elementary school science classes, the process of photosynthesis, which they developed to harness the energy of the Sun to fuel their life and growth, eventually enabled the development of all life on earth.  In a manner of speaking we all survive by eating sunlight.

You may not be aware that our original atmosphere contained only a small fraction of oxygen.  Scientists now believe that photosynthesis of our early plant ancestors may be what changed the oxygen balance to current levels.  So without the Sun, we wouldn’t be able to breathe.

The Sun provides the heat needed to sustain life on earth.  For every moment the Sun radiates its light upon a piece of ground, that ground absorbs the Sun’s heat.  When the Sun stops radiating its light it immediately begins to cool.  A more direct concentration of solar rays at an almost perfect 90 degree angle is the cause of the relative heat of the equator, and that, in turn, in combination with the coldness of the poles, produces the subsequent evaporation cycle by acting on our water which creates our climate and weather.

Our axial tilt determines the course of our seasons because of how much time each individual section of the planet spends facing the Sun.  This drives our winds, our weather, and our climate.  Wobbles may be a factor in long-term climate change; that’s how sensitive our little system is to this process.

The Summer Solstice used to be called “Midsummer” because it represented the zenith of the Sun’s power, and therefore the middle of summer.  The Winter Solstice, representing the nadir of the Sun’s power, was “Midwinter.”  Do you know how long your Longest Day and Longest Night will be at your latitude?  At mine, the Sun will rise at 4:15 am and it will set at 9:49 pm on June 21st, giving us 17 hours and 33 minutes of sunlight; though dusk and dawn will each last about an hour.  And on December 21st, the Sun won’t rise until 8:28 am and it will set at 3:29 pm, giving us only 7 hours of sunlight; and dusk and dawn will only last for 46 minutes on either end.

A simple practice that you can do as a solitary of any tradition to honour the Sun on the Solstice is to make an act of reverence at each of the Sun’s stations.  You can get up at dawn to greet the Sun as it comes over the horizon; honour the Sun again at noon or astronomical noon (which for me would be at about quarter to one here at the 55th Parallel,) and then bid it farewell at sunset.  If you’re particularly hard-core, you can also pray for its return at midnight or astronomical midnight (which for me would be just after 1 am.)  How do I get these figures?  Determine how long day is, divide that length of time in half and add that to the time of sunrise to find astronomical noon; or determine how long night is, divide that length of time in half and add it to the time of sunset for astronomical night.  Or you can use this automatic calculator.

The OTO has a rite for observing the Stations of the Sun that you can adapt to your own needs.  Change the names and symbolism to suit the chosen deities of your pantheon.  Some suggestions:

AboutEducation offers this list of ancient solar deities, and a site called Goddess Guide offers this list of Sun Goddesses, and a few are named in this Wikipedia entry and this Wikipedia entry; but I have no idea how accurate they are (and some of the deities in the Wikipedia entries look like a bit of a stretch to me.)  I advise you to research your deities carefully before choosing to call upon Them, and try to determine what their original worship looked like so you can honour Them in a way that respects Their history, whether or not you choose to recreate that history (remember, Aztec deities generally demanded human sacrifice!  And Walu sounds a lot more friendly to me than Bila.)

If you don’t like this rite, the purpose is to observe a solemn prayer at specific times of the day as dictated by the natural solar cycles, in between going about your other routines.  In a way it’s like facing Mecca at particular times, or observing the prayer cycle in a monastery.  You can offer a prayer or simply a ritual gesture (such as a yoga asana – Sun Salutations perhaps?, a prayer posture, a dance, etc.) or recite a poem, or perhaps just sing a solar chant.  You can find a few ideas for chants by scrolling through the Pagan Chant of the Month archive.

Another way in which you can honour the Sun on this day is to observe appropriate seasonal activities.  Around here for the Summer Solstice that would likely be spending a day at the beach (weather permitting) with a summer barbecue and a lawn party gathering in the long evening.  For the Winter Solstice I would have a big feast and do warm, indoor activities.

It’s traditionally believed that herbs are at the height of their magickal powers on the Summer Solstice so I spend a great deal of my time gathering herbs.  Right now in my area I will gather roses, strawberries, cherries, dandelions, wild chamomile, marigold, calendula, lavender, sage, thyme, rosemary, elder flowers, sagebrush, cedar and cinquefoil, and if I can find it, yarrow, mugwort, wormwood and St. John’s Wort.  Most of the above herbs also happen to have powerful solar associations (go figure!)  It certainly is an ideal time to gather anything in which you’ll be using the flowers or the leaves, or a seasonally-appropriate fruit, because it’s the height of the growing season and that’s where the plant will be using most of its energy.

If you like the idea of using scent in your worship, essential oils with solar associations include rosemary, bay, bergamot, orange (of any sort,) cinnamon, citron, clove, petitgrain, cedar, sandalwood, frankincense, olibanum and benzoin.  Apply as a dilution in at least 60% carrier oil for use as a perfume or burn in a diffuser as a few drops in water to scent the air.

And of course you can always wear a Solar symbol in jewelry or clothing as you go about your day.  Combined with the simple act of devotionals geared to particular times of day, this can be a powerful spiritual experience to honour our friend the Sun, even if you have to work and can’t spend the day in celebration.

Just to keep you suitably awestruck, here’s a neat little slideshow about ways in which the Sun’s solar wind will “blow you away.”  Happy Solstice everyone! 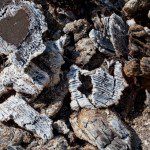 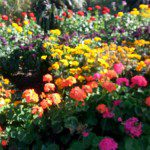