Witches Don’t Whine: A New Exegesis of the Wiccan Rede

There’s a column called “Thea’s Inbox: Questions from Beginners” on PaganSquare.  In general I think Thea does a good job of explaining things to new witches.  But I knew I was going to have misgivings when I saw the title, “What’s Malefic Magic?”  And I wasn’t mistaken.  The question was:

Do Wiccans curse or harm people with magic? How do I tell which kinds of magic are ethically okay and which aren’t?

And this was the core of the response:

Despite what Hollywood and the Holy Rollers would have you believe, malefic magic is not a part of Wicca. Many Wiccans follow a code called the Wiccan Rede—which, if you Google it, is worded in dozens of ways—that basically says, “Do what you will, but don’t harm anyone.” Negative magic, by definition, is against the Rede. But it’s taboo amongst Wiccans who don’t follow the Rede, too, in part because of the impact that malefic magic has on the person doing it.

Here are a few of my thoughts on the Rede and its meaning in modern Wicca.

What the Rede Isn’t

Eight words the Wiccan Rede fulfill:
An it harm none, do what thou will!

An Admonition Against Causing Any Harm

“An” is an unnecessarily archaic way of saying “as long as” or “if.”  It’s intended to be conditional.  If this happens, that happens.  That tells us that the first phrase is qualified by the second phrase, and it was not meant to stand alone.  It’s a “cause-and-effect” statement.  It implies that “doing no harm” is transitory, because it is a condition that might, or might not, be present.  If you are doing no harm, then you can do what you will.

3.to do or cause harm to; injure; damage; hurt:

I would argue that “doing no harm, ever” is simply not possible in a belief system that accepts death as a part of life.  Have you ever eaten a steak?  That cow died and you ate it.  How about a celery stick (for all you vegans out there?)  Yep, dead celery too.

Have you ever been faced with a moral dilemma?  Here’s a few small, everyday issues you might have been faced with that will require you to cause some harm somewhere, no matter what you choose:

There is a belief system which tries to do no harm.  It’s called Jainism; and even they don’t believe it’s possible to do no harm; just that one should go out of one’s way to minimize harm.  For instance, the more dedicated Jains carry a broom with which to brush ants off of park benches before they sit, and they only ever eat food that does not kill the organism it came from (so apples and milk are okay; celery sticks and a steak are not).  And odds are good that Gardner was at least passingly familiar with them although he probably didn’t understand the essentials of their practice.  Another indication of this is that a particular sect of Jain monks, the Digambara, do not wear clothes because they believe that any possessions are dangerous attachments; and the word for their sect means “Sky Clad.”  I imagine that there was an intention to suggest an attitude of trying not to cause unnecessary hurt and damage in the writing of the Rede.  But I’m pretty sure it wasn’t meant with the same kind of strict forbiddance as a commandment, or else the portion of the Rede that tells us to “do no harm” would not be preceded by a word that means “if.”

A License to Immorality

Nor is the Rede permission to do anything you want, as some have taken it to mean.  It’s true that the “meaty” portion of the statement is “do what thou will,” which, as Thea’s article points out, comes directly from Aleister Crowley’s Book of the Law, in which he states:

Do what thou will shall be the whole of the law.

But it isn’t the same, is it?  It’s qualified by the previous statement.

Also, as Thea points out in her article, Crowley had a very different meaning of “will” than we do.  You’ll see me use it sometimes; I’ll mark it with a capital letter.  For Crowley, he was referring to a magician’s True Will; or our soul’s purpose in life.  Joseph Campbell called it “following your bliss” and he believed that when you are doing so, things line up for you synchronistically.  And that’s very different from the idea that you should just do whatever you feel like, whenever you feel like it, and damn anyone else who doesn’t like it because they could be doing their own will too.

What the Rede Is

A Release from Unnecessary Guilt

I think that perhaps the greatest beauty of the Rede is that it creates a very simple hierarchy of sin.  Is it hurting someone?  No?  Then you are invited to go for it!  It’s a release from guilt that is imposed by society or the expectations of others.

I found that for me, the best way to approach this is to ask myself “why?” when I confront something that I am told has to be a certain way.  And if I can’t think of a good answer, I reject it.  Some significant items that I have rejected in this way include:

I find this very liberating.

A Call to Self-Awareness

As Thea and Judy Harrow both pointed out, “doing what you will” means you have to be aware of what your will is.  That requires you to disentangle your will from the wills of the people around you, such as the expectations and needs of your family, spouse and culture.  It is a license, and a requirement, to be authentic. Introspection and self-awareness is called for.  They say the inscription on the gates of Eleusis was “Know Thyself.”

As Judy Harrow also tells us, the Rede asks us to DO.  In other words, one does not absolve oneself of moral responsibility by choosing not to act.  That, too, is a choice.  We are urged to participate in life rather than opt out, and not to allow anything, especially fear, to prevent us from doing so.

In Zen Buddhism, a koan is an impossible question; a riddle to which there is no real answer.  It is meant to provoke “great doubt” and test a student’s progress in Zen.  My initiator believes that the Rede is such a question, and its purpose is to cause you to struggle towards enlightenment.  Of course it’s impossible to harm none, but perhaps we should try.

A Charge to Personal Responsibility

Ultimately it seems to me that the true meaning of the Rede is this: “Nothing is forbidden; but everything has a consequence.”  If you “harm none” then there is no need to feel guilty.  But since it’s almost impossible to harm none, what happens if you do harm someone?

To me, this is an admonition to take responsibility for one’s actions, or lack thereof.  A witch should do her best not to cause harm; and that means that we should do our best to consider the effects of everything we do; magickally or otherwise.  Moral decisions should then be made according to what is going to cause the least harm, including to ourselves.  And of course it’s impossible to know what every action or inaction will do, which is why we have divination.

This is no guarantee.  It’s easy enough to misinterpret a reading, or to forget to take an important piece of information into consideration.  And then we witches have a responsibility to accept the consequences of our mistakes, and to do what we can to rectify those mistakes.

So, perhaps a witch might believe that hexing a thief is perfectly appropriate, since it will prevent the thief from stealing again, and that would prevent others from experiencing harm due to the thief’s theft.  Or that protecting someone against physical attack is worth causing the harm of a hex to an attacker, because allowing someone to be attacked would be a greater harm.  Or that binding a rumour-monger from spreading lies would be the just and moral way to prevent harm caused by rumours.

On a more mundane level, a witch might choose to steal vegetables to feed her kids, believing that allowing children to starve would be of greater harm than breaking the law and taking someone’s “spare” vegetables; or to beat the stuffing out of someone who is being violent to someone else, with the understanding that this would be less overall harm than allowing people to be physically victimized.  Which is the lesser, or greater, evil?

A Christian might believe that philosophy is a slippery slope.  And there’s where the Rede and the Ten Commandments part ways.  The Rede is not a black and white ethic, in which everything is either right or wrong.  The Rede requires that we weigh our options.  It demands that we judge each situation on its own individual qualities, and do our best to make the most moral decision that we can in that unique set of circumstances.

So when our actions, or lack thereof, lead to a less than favourable outcome, we need to pony up. Because only we are responsible for how we choose to live our own lives.  We may not be able to control all circumstances, but we can certainly choose how we react to them.  In the above example, if our thief and our erstwhile protector find themselves in police custody, they knew that being arrested was one of the potential consequences they accepted when they made their choices.  And witches who cast spells that affect others — whether or not they believe in the Threefold Law, which is another story — accept that those spells may rebound on them in some way; and accept that regardless of this, their actions may have unintended consequences.  This is one of the risks of doing magick, and it can’t be avoided, any more than one can avoid the greater risks of having a car accident that result from getting behind the wheel.  And that’s why I say that the Rede also teaches: witches, don’t whine. 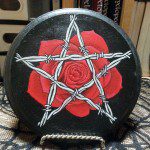 July 17, 2015
Seekers and Guides: The Purpose of Your Altar Pentacle
Next Post 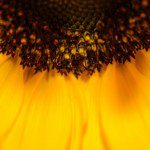