Interview with Jason Mankey, Author of “The Witch’s Athame”

Our very own Jason Mankey has been a very busy man.  Tomorrow his fourth book, “The Witch’s Athame” (published by Llewellyn Books) is coming out!  I was delighted to be able to interview him about his book, the writing process, and what else is in store for our favourite channel editor.

Hey, thanks for doing this interview with me! So tell us a little about the book! What goals did you have when you set out to write it?

My first goal was simply not to crash and burn. To be honest, I was terrified while writing the book. I had never written a book for a publisher before and don’t really think that I’m all that great of a writer. Once I started writing the book it became easier and I got settled into a flow, but for a month I just started at my computer screen unsure of how to start.

If I had a goal, I guess it would be to write something that a beginner could read and understand, but contain enough material that maybe an experienced Witch reads something and goes “ooohh, I didn’t know that.”

I found myself doing that a lot, actually.  What were your favourite parts to write and why?

I feel as if I write good rituals and that those are the strongest chapters in the book. So those are probably my favorites, but there are a few other chapters that I found really fun to write. There’s a bit in there on Cochrane-style Traditional Witchcraft and I was really happy with that.

There’s a lot of historical and cultural information in your book (which I liked; there’s a fair bit of stuff in there I didn’t know) but I notice that it’s presented in accessible, non-academic language. Was that a goal of yours, to make it accessible?

I write like I talk, which is either something people enjoy or hate. I think we can write intelligently without getting bogged down in academic speak so I try to do that. I think even in the blogosphere we sometimes write in an academicy language that’s a turn off to a lot of people.

I also noticed that a lot of your work gives options (ie. “some people prefer to do this, some that; I don’t see any reason why you can’t do it that way but I prefer to do it this way”, etc.) This is very different from most of the “essential” witchcraft books I’ve seen, which tend to be quite specific in order to not “confuse” the issue. Was this also a goal of yours?

I’ve written blog posts on the idea, but it’s always worth repeating, I don’t like dealing in absolutes. The Craft contains wiggle room, just because I do something one way doesn’t mean everyone has to. If you’re doing magic or ritual things should “feel right” to you, if they don’t you should probably change them.

Now when it comes to Gardnerian stuff I’m turning into a hard-Gard and believe very much that there are particular ways to do something. However, I’m probably never going to write a book about my Gardnerian practice so everyone gets to see the kindler, gentler, version of Mankey in my published stuff.

I was surprised that you did not include a way to construct your own athame anywhere in the book! (Though you did include a lot of ways to modify one and make it your own, including etching the blade). Was this because you felt it was unnecessary, too difficult for most people, or was there some other reason?

I think I say in the book that I think constructing one’s own athame is impractical. Do I know two people who have done so? Yes, but I know thousands more who purchased their own. I’m not a blacksmith, to write about how to construct a blade would have been beyond me and a bit dishonest. My blade comes from Omega Artworks and it’s better than anything I could have done on my own.

I like cooking and do most of it in my house. I’ve never thought of myself as a kitchen witch because I only do the magickal food thing a few times each year. I believe in not using my athame to physically cut things, but I have three of them so that rule only applies to the one that’s pictured on the cover. Because of that I do use some of the other ones in the kitchen.

You included a blurb at the end of each chapter that relates to the chapter’s message that was written by a Pagan friend (most of whom are also Patheos writers, I’ve noticed.) What inspired you to do that, and why did you feel it was important?

“The Witch’s Athame” is part of a series, and that’s how the series is set up. I would have never thought to do add things like that. I do like to support my fellow Patheos writers so including some of them in the book seemed like the thing to do. I asked everyone in the channel, only a few said yes.<scowly face>

*Side note from Sable — I understand he posted a general request in our writers’ Facebook group on a week I was avoiding Facebook, which is why he didn’t get one from me. But I digress.* <wink>

That being said the three I got were great. I love Angus, man is like a brother and he’s one of the funniest and wittiest people I’ve ever met, and I think Jenya Beachy is brilliant and charismatic. As the channel editor of Patheos Pagan I just wish they’d write more here. Lupa comes at Paganism from a very different place than me and I was thrilled when she contributed. She’s great too.

Your writing career has followed an unusual path in that you have already self-published, and now you’ve been published with a traditional publisher. What did you think about one process as compared to the other? What are the pros and cons of both paths? (Aspiring Pagan authors want to know!)

I would think writing for a real publisher is more harrowing, your work is subjected to more criticism and analysis. Of course that criticism makes it better, but it can be a bit nerve wracking. “The Witch’s Athame” was pretty easy though in that regard.

I sent it in and the big complaint was “we want more book” with most of the other quibbles being very minor. I remember one criticism was that I had structured a spell poorly, and I had! I told that to my wife Ari and she was like “it’s terrible, you should have let me look at it first.”

Books through traditional publishers are often little works of art. “Athame” has art work in it by Mickie Mueller and the first thing people do when they look at the book is gush about the art. You can do that if you raise $15,000 dollars or whatever but most writers aren’t going to raise that kind of money to write a book, if any. There’s also the editing that comes with working for someone like Llewellyn, it’s all so much more professional.

There’s an air of “legitimacy” that comes with having a real publisher. I think it means something in a broader sense because anyone can self publish a book these days. There really shouldn’t be that much of a difference but I think there is. My friends have never been excited about seeing a self-published book, but when the Llewellyn one showed up at my house they spent most of our New Year’s Eve party reading my book. (And let me tell you, seeing people read your work in front of you causes a bit of anxiety.)

It’s also cool to go into any bookstore in the world and see your book in the stacks, that doesn’t happen when you self-publish, so the distribution provided by something like Weiser or Llewellyn is unmatched. Hopefully having a Llewellyn book out opens a few more doors for me, because the truth of it is, I hate writing. I LOVE speaking and giving workshops, I LOVE researching things, but I hate writing and I do it very slowly. I want to go to festivals and and do workshops, but to do that you have to write usually.

True, all of that.

Self-publishing was something I did only to make a little money while speaking at festivals and because my first attempt at a book got rejected by everyone. I had so many people asking for the Horned God stuff that I put it out there and it does remarkably well when I’m done with a workshop or whatever, but I never intended to “self-publish” it in a major way. I don’t promote the self-published stuff and I’m often embarrassed by it because it does contain a lot of mistakes.

There is money in self-publishing if you do it right. You can sell a nice looking book for $15 dollars that costs seven to print which is a nice mark up. It’s certainly more than any Llewellyn author is getting.

What’s your next major project?

I’m writing “The Witch’s Book of Shadows” for Llewellyn currently which should be out next January. That will be done in a matter of days. After that it’s time to get my PantheaCon, ConVocation, PaganiCon workshops into shape before Winter Festival season. After that I’d like to write a book about Wiccan things that really interest me: Drawing Down the Moon, the Cone of Power, the Great Rite . . . . providing some history and then rituals to go along with all of that. I think that would be fun.

And of course you’ve got your podcast and you’re writing for Witches & Pagans Magazine now as well. Lots on your plate! Well, thanks for taking some time to chat with me in your busy life! And congrats on the book release!

For those who want to know, I was indeed send a review copy, and I will be posting my review on Monday. “The Witch’s Athame” is available on Amazon and in your favourite bookstores tomorrow! 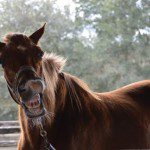 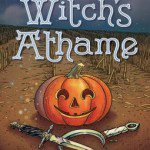 January 11, 2016 Book Review: The Witch's Athame by Jason Mankey
Recent Comments
0 | Leave a Comment
"Take heart, Woods! I think people are finally angry and scared enough to get their ..."
Sable Aradia Dear Greta Thunberg
"You did make a difference, as did the Baby Boomer generation (who first brought attention ..."
Woods Wizard Dear Greta Thunberg
"I really like your text. I am happy to note that on the other side ..."
Seren The Star Goddess
"Very spot on review of Circe. This was one of the few books I read ..."
Michelle Gillian Pagan Book Review: Circe by Madeline ..."
Browse Our Archives
get the latest from
Between the Shadows
Sign up for our newsletter
POPULAR AT PATHEOS Pagan
1

What Do We Teach the Children?...
John Beckett
Related posts from Between the Shadows

A Story of Ghost Cats
This is the story of what happened to me with an entire...
view all Pagan blogs
What Are Your Thoughts?leave a comment
Copyright 2008-2021, Patheos. All rights reserved.
error: Content is protected !!