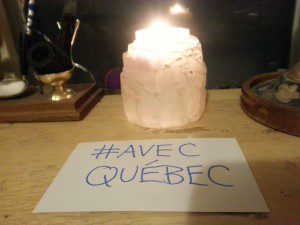 Well, looks to me over here across the border in Canada that the American government is having a meltdown.  I feel a bit like a neighbour listening to a domestic dispute in the next house over.  It’s loud.  Things are crashing around.  People are screaming; people are crying.  I want to help, but I don’t know what to do.  Should I call the police?  I don’t think there’s any police I can call!  Should I go over there and knock on the door to protect the people getting injured?  I suppose I can roundly condemn the abusive person who’s starting the fight, but it’s not like my neighbours listened when I tried to convince them not to marry the jerk in the first place, so why do I think they’ll listen to me now?  I’ve done this much; I’ve tried to keep an extra bedroom open in case it’s needed.

One thing I can do is pay attention to what’s going on in my own house.  So meanwhile in Canada, we’re having our own problems.  According to the news, two men went into a Quebec mosque the night before last and shot 25 people at evening prayer.  Six are dead, and five more are in critical condition.

Thanks the gods for the CBC!  As much as people complained that there was no actual breaking news coverage in Western Canada, the CBC were very careful only to release information they actually knew for a fact.  Let’s contrast this with CNN or FOX News for a moment.

The Canadian Broadcasting Corporation is our public broadcasting service.  It is a property of the Canadian people, and does not belong to any private individual.  So, while it’s true that it doesn’t have as much random money to throw around as a billionaire-funded network, and therefore its productions aren’t as glossy, neither is it terribly interested in jacking up the ratings.  So unlike corporate news networks who want to keep you watching at the edge of your seats at all costs, CBC does what a news network is supposed to do: it reports the news.  And only the news.  Not political pundits pounding a podium, editorials, or random speculation disguised as news.  Just the facts, ma’am.  Sometimes they make mistakes, and often they support the corporate agenda, but they don’t make any more money whether thousands of people watch or millions of people watch, so they don’t care to report conjecture, rumour, lies, or nonsense, just to make people angry or afraid.

It’s so effective that it keeps other networks in Canada from benefiting from that approach either; which is the real reason that our political debates are so civilized and that we seem so subdued and polite in our own media.  For instance, within a couple of hours of the shooting, a Twitter site deliberately designed to parallel Reuters was claiming that two white supremacists had been identified as the shooters.  That was successfully debunked in about an hour, even though some small independent internet magazines did repeat the story, because CBC just kept soldiering on and not repeating what they could not confirm; which forced the other major Canadian news networks, even the privately-owned Corporate ones, to do the same.

What was most interesting to me, however, was the response to the Prime Minister’s statement, which was issued within a few hours of the shooting.  You can read it here:

Prime Minister Trudeau posted this on his Twitter account, as he’s prone to do.  He’s a modern Western leader and he knows that this means engaging in social media.  Within literally minutes of this being posted, there were dozens of responses from the alt-right; most of them American.  Here’s some quotes:

importing non-Vetted Refugees… we tried to warn you JT.

that means its islamic lol

the shooters were Muslim, you must be proud?

I did a double-take.  Had they discovered that the shooters were Muslim?  I didn’t see that being released anywhere.  Had I missed something?  I went back and looked; nope, I hadn’t.  I read through the Prime Minister’s statement yet again.  Nowhere did it say anything about the perpetrators being Muslim.  What the hell were these people even talking about?

Then it occurred to me:  Do they think that because the word “terrorist” was used, that this was meant as a synonym for “Muslim?”

By gods, I do believe that this is exactly what they think!  Because the American alt-right has used “terrorist” as a dog whistle for so long, it has actually come to mean that in the American mind!

Don’t you guys remember the 80s, when all the terrorists were white Irish Catholic Christians?  I was still I child, but I remember.  A terrorist isn’t a race, or a faith.  A terrorist attacks a specific, identifiable group to sow fear and dissent.  It isn’t even always based on bigotry; but sometimes it is.  In this case, it is.

But now I understand what the right wing means when they say “terrorist.”  I never did understand before.  I wondered how they thought they were going to wage a war on a tactic?  But that’s not what it means to them.  When they talk about making the world safe from terrorists, they’re asking us all to help them to oppose a particular group of people who look and pray differently because . . . they look and pray differently.  Hmm.  I see.

Alt-right politicians even tried to use this tragedy to justify their policies.  And unfortunately, it’s so pervasive that we Canadians can’t help listening to it, whether we want to or not.  The neighbours are fighting rather loudly.

So there’s one suspect in custody now, and he’s been identified as a white, French Canadian described as having “pro-Le Pen and anti-feminist positions” named Alexandre Bissonette.  So is anyone talking about a right wing conspiracy to radicalize white people against people of colour?  I mean, there was a major shooting in a black church in the U.S. just last year, wasn’t there?  Do you think that the American government will ban white French Canadian nationalists from entering the U.S. now?  Somehow I doubt it.

This is how our Prime Minister reacted to this.  I think that’s pretty much how most of us feel.  We’re shocked and we’re sad.  We recognize terrorists, no matter what race or faith they are or how they’re organized.  We charge them with first degree murder and we lock them up.  And then we emulate our media.  We try to repeat only the facts we know.  We hold vigils.  We cry a lot.  We get angry.  We defend each other.  And then we go back to work and get on with our lives.  Because ultimately, terrorism is designed to force us to change our behaviour to suit a radicalized world-view, and we can’t let them do that.  The truth is that a terrorist of any stripe is just a lunatic with a gun, trying to force us to do what we know is wrong. 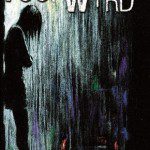 January 17, 2017
Book Review: Too Wyrd by Sarah Buhrman
Next Post 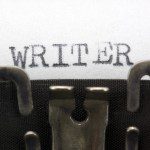 February 14, 2017 Pagan Fiction Authors Coming Together!
Recent Comments
0 | Leave a Comment
"Take heart, Woods! I think people are finally angry and scared enough to get their ..."
Sable Aradia Dear Greta Thunberg
"You did make a difference, as did the Baby Boomer generation (who first brought attention ..."
Woods Wizard Dear Greta Thunberg
"I really like your text. I am happy to note that on the other side ..."
Seren The Star Goddess
"Very spot on review of Circe. This was one of the few books I read ..."
Michelle Gillian Pagan Book Review: Circe by Madeline ..."
Browse Our Archives
Related posts from Between the Shadows