The Indie Author Community is Awesome!

I am pretty happy with being traditionally published by Red Wheel / Weiser.  They’re a good company.  I liked my editor very much, and my publicist was excellent.  I feel they did a great job with sales, promotion, and everything else.  I got a few spots on some widely-syndicated radio shows and they promoted the hell out of my book tour.

But since I decided to publish my Wyrd West Chronicles as a self-published serial before I take it to print, I have discovered a whole world out there that I was not expecting, and it’s awesome!

Okay; actually, I can’t even say I discovered it.  I was sort of led by the hand by Sarah Buhrman.  If that name sounds familiar to you, it’s because I reviewed her book, Too Wyrd, not too long ago.  She had me on her podcast back when my first book had just come out so I figured it was only fair to at least give her book a glance, and I liked it.  Plus the more I learn about her, the better I like her.

I joined a Facebook group for Pagan fiction writers not long after I was on the podcast.  Recently she posted a link to an “author takeover” event that she was doing to celebrate someone else’s book release.  If you’ve never been to one of these, how they work is that an author is given a spot on the schedule; anywhere from half an hour to an hour.  Then they take over the event page, and every 2-5 minutes or so, they post stuff about themselves or their work.  It can be anything: memes, excerpts, book trailers, sneak previews, bio stuff, causes they support, giveaways; whatever.  Then another author takes over for the next spot on the schedule.

It’s something that indie fiction authors do to promote their books.  The idea is that you bring your fans, and they bring their fans, and maybe someone who reads your stuff might read theirs.  It works especially well if the authors have something in common (like, say, they all write fantasy).  And what I’ve inadvertently discovered is a community that works the way that I think business ought to work!

Why should there be competition among authors?  People who read like to read a lot, and they tend to read things in specific genres.  Surely it doesn’t hurt me to mention the books and authors I enjoyed to my friends who share my interests?  If anything, readers are always voraciously looking for the next thing because books write slowly and read quickly.  Showing people who like your work to other, similar authors keeps their interests piqued.  And reciprocation increases your audience.

In the indie author community, it seems that they recognize that.  There’s an attitude of “we’re all in this together.”  It’s supportive and cooperative.  For example, often at these takeover events there will be a large giveaway that people will donate their work to for every reader who participates in the event.  And they have no problems with other authors who are also readers entering their contests!

I think that as a reader, looking into the indie author community is a great chance to get insight into what some of the options are out there aside from the mainstream.  Often indie authors choose to publish this way because their work doesn’t fit easily in a mainstream publishing format.  The reason I decided to publish the Wyrd West Chronicles this way, for example, is because no magazine wants to publish novelettes because they’re too long, and it’s not a full novel so mainstream novel publishers will only publish them if you’ve already established yourself as a top-selling author.  Another friend of mine writes “cozy fantasies.”  There’s not a lot of bloodshed or fighting, and right now fantasy is a violent medium.  There’s a lot of indie writers out there who publish hard-core erotic fiction with fantasy elements; always a hard sell to a mainstream publisher because it’s a niche market.  You used to be able to find this stuff in anthologies and collections.  Now you can find it on Kindle.

If there’s a flaw in the presentation of indie authors, it’s that they’ve developed a reputation for being poorly edited.  That’s because editing is expensive.  Editors charge by the word, and one of the things you’re buying as a writer when you submit to a publisher and let them pay you in royalties is a professional editor’s services (not that they don’t earn their pay! They do!  Their job is to make your idea into a marketable book, and if you try to go it without them, your readers can tell).  But indie authors are learning.  Now they’re launching crowdfunders to support the paying of editors, copy editors, and cover designers.  Or they’re making connections with them in events like these.

Anyway, I absolutely love it!  And I think I’m glad I decided to start my fiction career by venturing out into the self-publishing world!  I may not choose to do that for full-length novels, but you can rest assured that my novelettes, collections, and other shorter works are likely to go this route.

Here’s a list of a few author takeover events I’m doing in the next little while, and I encourage you to check them out whether you come when I’m on or not, because there’s a lot of fascinating writers and so many interesting works to enjoy!  Don’t be discouraged if the turnout looks low; some of these are just getting rolling and they take a bit to gather snow.  It seems they usually fill out with a full schedule before the day comes, and signing up if you’re interested will help to assure that. 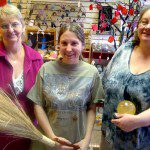 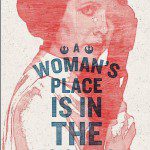 March 3, 2017 An Ordinary Day: My Thoughts on International Women's Day
Recent Comments
0 | Leave a Comment
"Take heart, Woods! I think people are finally angry and scared enough to get their ..."
Sable Aradia Dear Greta Thunberg
"You did make a difference, as did the Baby Boomer generation (who first brought attention ..."
Woods Wizard Dear Greta Thunberg
"I really like your text. I am happy to note that on the other side ..."
Seren The Star Goddess
"Very spot on review of Circe. This was one of the few books I read ..."
Michelle Gillian Pagan Book Review: Circe by Madeline ..."
Browse Our Archives
Follow Us!

Eclipse Magic: How To Properly Harness...
Starlight Witch
Related posts from Between the Shadows

Working Magic - Direction
Wandering aimlessly through life can suit some people, not having any plans...
view all Pagan blogs
What Are Your Thoughts?leave a comment
Copyright 2008-2020, Patheos. All rights reserved.