Reflections on the Pagan Writing Life

The writing life can be crazy!  I know you haven’t seen much of me lately.  I’m sorry.  But the truth is, I’ve been pursuing another dream.  I’m trying to make it as a speculative fiction writer.  I have wanted to do that since I was ten years old.

You would think that having a published non-fiction book would make a difference; but it doesn’t.  It’s a whole different market and nobody cares about what you’ve done in a different field or genre.

The markets don’t cross over either.  You would think that some of the people who bought my book on witchcraft would want to give my fiction a try.  Not so much, I am finding.  I suppose part of that could be because I’m using my legal name to write my fiction and my pen name for the non-fiction, but my friends know better, and my Goodreads and Twitter accounts remain under Sable Aradia, so that’s not entirely it either.

So once again I’m starting from zero and pushing uphill.  I’m discovering new tricks of marketing and a whole community out there that I didn’t know existed.  It’s time consuming but I’m having fun with it!

More than that, however, is the May feeding frenzy.  That is, apparently, when all the magazines want their story submissions.  So there I was on the 19th of May, waiting for my corrections to clear in my latest publication on Amazon, which was due to release the following day, and literally uploading my story, sans a good edit, six minutes before deadline.  I think I’ve written and edited about 50,000 words in the past three weeks!

So I’m frazzled and exhausted now, and my family haven’t seen me for about three weeks either, and I think I’ve worn the same T-shirt for two and suddenly all my pants don’t fit because I’ve forgotten to eat.

But!  This gives me a chance to tell you guys about the next deadline I’m trying to make, which is Philipp Kessler’s Pagan Fiction Anthology.  You may know him from the Pagan Musings Podcast.  He’s got a small print label going now called Saturn Returns Publishing (ha!) and you can find his call for submissions here.  Minimum length: 1500 words, maximum 7500, and the deadline is August 1.

Want to join the insanity with me?  I look forward to reading your stories! 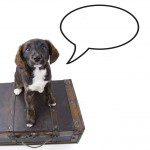 April 20, 2017
From the Shadows: That's Not What Free Speech Means
Next Post 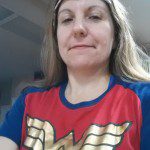 June 6, 2017 Wonder Woman: A Holy Communion
Recent Comments
0 | Leave a Comment
"Take heart, Woods! I think people are finally angry and scared enough to get their ..."
Sable Aradia Dear Greta Thunberg
"You did make a difference, as did the Baby Boomer generation (who first brought attention ..."
Woods Wizard Dear Greta Thunberg
"I really like your text. I am happy to note that on the other side ..."
Seren The Star Goddess
"Very spot on review of Circe. This was one of the few books I read ..."
Michelle Gillian Pagan Book Review: Circe by Madeline ..."
Browse Our Archives
Related posts from Between the Shadows