It’s become a trope, it’s so common. It was the subject of a snarky remark on FOX News a few years ago, when we were described as “deep compulsive Dungeons & Dragons players.” Witches and Pagans like fantasy. Despite the obvious bigotry of the remark, which we rightfully called out, there is a reason for the stereotype.  The question for me is why?

The Druids would have blamed the Awen. The Awen is the source of divine inspiration, whether it inspires faith, magic, or bardic arts. They would have said that inspiration in one of these areas is no different than the others, which was why bards, ovates and Druids were linked. I think there’s some truth in that.

Then again, perhaps it’s just that both fantasy literature and Pagan faith rely heavily on the structure of myth. Even in our age of secular science, our fascination with myth remains. Western culture provides little indulgence in it, however, other than in the potentially dangerous religion of rabid nationalism. So we keep looking back — to fairy tales, to Greek myth, to Norse myth, to Celtic myth, to Hindu myth, to cultures where myth still lives and breathes, like the Afro-Caribbean traditions and Aboriginal spiritualities — and ahead — to superheroes, to science fiction, and to epic fantasy sagas.

Ah, but aren’t they one and the same? Who is Superman, but Apollo and Zeus rebranded? Who is Wonder Woman but Artemis? They even named her Diana! And they didn’t even try using a thin veneer for Thor and Loki and the Asgardians!

For that matter, who is Frodo but Orpheus? Or perhaps Dionysus, or Osiris, or Jesus?

We have new myths too. The myth of the Wild West for example, which never actually existed the way we pictured it. But it’s not that new. When you think about it, the lone gunslinger is just a knight errant, or perhaps a Robin Hood or a Herne or even an Aladdin or a Ti-Jean. The Untamed West is just the forest wilderness setting of thousands of fairy tales and ghost stories; or maybe it’s even the desert of the Arabian Nights, where you might encounter djinni or crumbling, ruined kingdoms, or shifty merchants looking to catch you in a bad deal. Or maybe it’s the desert of the wandering Israelites.

Science fiction, often, is the myth of the Tower of Babel, or Sodom and Gomorrah, or Ragnarok, or Phaethon, or Aladdin and John Henry when it goes well; and who is John Henry but Heracles? Sometimes it’s the myth of Gwydion or of Lugh or Athena or quick-witted Hermes. The first science fiction story is now widely acknowledged to have been Frankenstein, and this was the myth of Pygmalion or Blodeuwedd crossed with its intended allegory of the myth of Adam.

We find the resonance of myth in our lives and in historical events, too. Stories of the World Wars often seem to take on elements of myth, where real people become Orpheus or Odin on Yggdrasil or Phaethon driving the gods’ own chariots at the Battle of Britain. George Washington becomes King Arthur; Abraham Lincoln becomes King Solomon. Hitler becomes Sauron.

In part, this is the point of myth. It allows us to frame our experiences in the context of a story, and that story has a beginning, a middle, and an end. It makes it possible to give overwhelming experiences context, to hope for a happy ending when you’re in the middle of a nightmare, and to find meaning, wisdom, and compassion in even the most horrible and random things.

I think that being a Pagan makes me a better fantasy writer; and I think that being a writer makes me engage more deeply with my Paganism. I seek the truths and the mysteries that myth has to offer us. Of course, life is not really a story, and George Washington was not King Arthur, but giving our lives that context helps us to find meaning, and helps us to quest to become better people who leave the world a better place than we found it. I seek the grand quests to defeat the forces of darkness, and the cautionary tales with the unhappy endings. Above all, I seek their offered hope in troubled times. 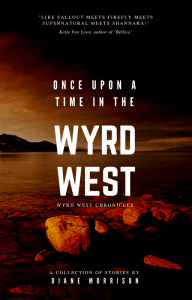 Sarah Buhrman, who is the author of the Runespells Series and co-host of the Pagan-Musings Podcast, will be joining me today at 5 pm Pacific / 8 pm Eastern for a live interview to talk about magical realism and Pagan symbolism in fiction. It’s part of a series of interviews I’m doing to raise awareness for my Kickstarter for my new Weird Western fiction book, Once Upon a Time in the Wyrd West! It will appear on Kickstarter Live and on my Facebook Author page. Join us! 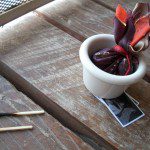 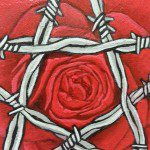 July 28, 2018 Seekers and Guides: Empathy in Trauma and Drama
Recent Comments
0 | Leave a Comment
Browse Our Archives
Related posts from Between the Shadows