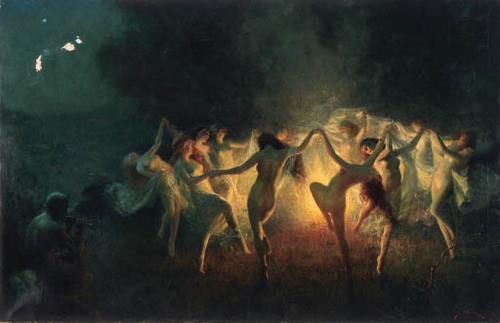 From the Witch’s Eight Paths of Power – Intent, an online course available at my Teachable site.

This post is entirely available to the general public.  Please pass it on to your friends.  May it derail potential Witch Wars everywhere!

Ideally in Wicca, a group comes together “in perfect love and perfect trust.”  Certainly this isn’t always possible or even desirable, but when you come together to work magickally, you need to put aside your personal differences and issues before you attempt ritual.  This is just as true for your own personal Work.  And if you have difficulties and resentments directed towards the other people you intend to practice magick with, you will not be able to come into accord and find that common wavelength of Intent that makes group magick possible.  This takes time and it takes work, to learn to have that kind of trust in each other.

You may need to discuss your issues and clear the air.  Coven or group meetings are not the time for attacking others or complaining, but if you are hurting, that needs to be addressed.  Coven leaders sometimes feel that they are running support groups because we tend to draw people into our lives with similar outlooks, and so we often have similar neuroses and emotional problems, similar troubled backgrounds, and so forth.  Dealing with those matters, whether it involves agreeing not to bring personal issues into the circle, or whether it involves discussion and mediation, is part of a coven’s work.  As much as possible, the parties involved should be encouraged to find their own solutions, and only the coven leaders should get involved in anything that does not directly concern them and that only when necessary to preserve the well-being of the coven.  No one else should get involved or choose sides.

When you inevitably have a conflict with someone else in your group, there are effective and ineffective methods of handling it.  If both parties involved can agree to use these principles to communicate, you will find that issues will often be resolved much more quickly and to the benefit of everyone.

Arguing is not an effective way of resolving a dispute.  You are not trying to convince somebody of your point of view if you are yelling at them.  What you are doing is trying to browbeat them into acquiescing to your opinion.  They may just say, “Okay, you’re right,” to get you to shut up and leave them alone, which resolves nothing and builds resentment.  Maintain a calm tone and try to stay focused on the issue, not whatever you believe to be the other party’s personality problems.

Most arguments occur because of a breakdown in communication, not because anybody has malicious Intent.  Assume that the other party really does mean well until they prove otherwise.  And don’t take someone else’s word for it as “proof!”  If you hear that the Coven Maiden called you a “bitch” when you weren’t around, ask the Coven Maiden herself whether or not that was true.  It may have been taken entirely out of context or misinterpreted; or someone could be outright lying.  Perhaps the Coven Maiden said that you were being “bitchy” that day – and maybe you were!  That’s a different cup of tea.  If said party denies it, then I advise you to tell her who said this and when.  It could be a rumor, started to make trouble for the Coven Maiden because the person who told you this wants to be the Maiden instead.  I believe that a person has the right to confront her accuser.  This might be the symptom of another issue that needs to be resolved, and if it can’t be, the coven might need to split, or someone might need to leave.

You are allowed to feel any way you want, whether or not those feelings are “rational,” and they deserve to be acknowledged and respected.  As long as you are being honest (and not deliberately hurtful,) that should be accepted.

You know how you feel, and you have a right to have those feelings respected, but the same applies to the other party.  You don’t really know how they feel or why they do things, so don’t assume you do.  Don’t ever say anything such as, “You hate me.”  I am almost certain that this is untrue.  If the other party hated you, they wouldn’t be practicing in a coven with you.  Don’t assume.

Sentences that begin with “you” are attacks, pure and simple.  If you say, “You always forget me in the cakes and ale,” then you are saying to the other party that they are at fault for the situation.  This, naturally, causes the other party to get defensive and then nothing will be resolved.  Only an open discussion where both parties try to reach a mutually beneficial conclusion is effective.  And that means that laying guilt trips or otherwise emotionally manipulating the other person is right out as well.  That’s an attack too; it’s just a passive aggressive one that lacks the courage of your convictions; which leads me to the next two principles:

Getting defensive will not resolve the issue.  Try to consider the other person’s perspective and see why they might see something in the way in which they do, whether you intended that or not.  If you must disagree, acknowledge the other party’s feelings first.  Rather than responding with “I do not!” to the cakes-and-ale accusation, try saying, “I’m sorry that you see it that way.  That wasn’t my intention.  I will make a better effort to include you in the future.”

Just because someone disagrees with your actions doesn’t mean that they reject you as a human being.  Try not to take it that way.

Very little in life is “always” one way and “never” another.  You will learn that in short order if you practice a magickal path!  Also, “everybody” is not usually involved in any given situation, not matter how much it might feel like it.  Try to be specific without being accusatory.

If you go to someone with a problem, don’t claim that “everybody else” or “lots of other people” feel that way.  Let them speak for themselves.  Or, get their permission beforehand to tell the person with whom you’re having the disagreement that “Sally, Susan and Michael agree with me on this.”  This is especially relevant when dealing with the coven leaders.  Nobody’s perfect, and Goddess knows that we all could stand to learn from our mistakes!  But we have the right to confront our accusers, and all practitioners of magick should be willing to take personal responsibility for their own actions and words.  It’s very hard to deal with an invisible enemy.  Let everything be as transparent as possible.  This is a sign of mutual respect, and fosters “perfect love and perfect trust.”  And furthermore, don’t get involved in anything that doesn’t concern you.  This will only lead to someone feeling like they’re being “ganked,” as they say in the world of computer gaming (that is to say, ganged up on and attacked by an overwhelming force.)

The best solution is one that makes everyone happy.  If you’re less worried about who is “right” and who is “wrong,” then it is easier to find a solution that is in the best interests of all.  As long as your needs are being met, does it really matter if you were in the “right”?  Accept apologies honestly given and try to meet the other person halfway.  If you must, seek mediation, and respect the results.

The self-sacrificing person is the one most in danger of this.  If you put aside your own needs so completely that they are not being met in the interests of “keeping the peace,” then you are just building future trouble.  The reason why is that you will continue to be unhappy, everyone will sense it, and it will create issues in the group.  Insist on having your needs met!  That’s not the same as insisting that you “get your own way,” as much as we may have been taught otherwise from our childhood.

Once something is settled, let it remain settled too.  Don’t bring it up again as evidence to support your latest grievance six months later.  If it wasn’t resolved back then, that’s your issue, not the other person’s.

Exercise 21:  Aligning Your Purpose (Groups Only)

What are your group’s rules concerning magick?  Does anyone have the right to bring anything they want to the altar?  Does everyone have to agree on the magick being cast?  What if someone disagrees with it, either because she has an ethical dilemma, or because he just doesn’t want to be involved with it the way in which it is currently stated?  Every group will have their own rules about this.  Each spell should be handled individually.  Before doing any act of magick, discuss it and hammer out a purpose, a Statement of Intent, and a catalyst that everyone can agree on (by which I mean the actual act of “casting the spell”.)  Do this each and every time you would cast a spell.

Discuss your group policies concerning magick and disagreements with the purpose and decide on how your group will handle this.

For more detailed information on how, and why, to go about this, I recommend Edain McCoy’s “Spellworking for Covens.”[1] 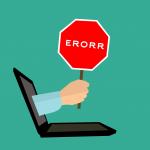 July 21, 2019 Pagan Book Review: Circe by Madeline Miller
Recent Comments
0 | Leave a Comment
Browse Our Archives
get the latest from
Between the Shadows
Sign up for our newsletter
POPULAR AT PATHEOS Pagan
1

The Dark Side Of Performative "Wokeness"...
Tea Addicted Witch
Related posts from Between the Shadows