What If “Intellectual Diversity” Is the Wrong Higher-Ed Slogan? 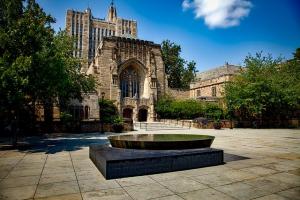 Conflict on university campuses certainly isn’t anything new, as far as American history goes, though it’s certainly taken on increased intensity and significance in recent years. As many have already put it, what happens on campus doesn’t stay on campus anymore: society as a whole confronts once-theoretical arguments over the nature of power relations in history and over the assumptions underlying intellectual inquiry as such. This, in turn, has given rise to a cottage industry on the right of pointing out the most egregious excesses, and has increasingly led the left to denounce the hypocrisy of well-paid administrators claiming to stand for “social justice” while charging exorbitant tuition,

A common theme in conversations about universities is the need for intellectual diversity—usually conceived as exposure to a range of radically different perspectives, which in turn leads the student to evaluate competing claims and reach well-reasoned conclusions. But is this the proper role of a university in the first place? At least, that’s what Alasdair MacIntyre questions in the concluding pages of his Three Rival Versions of Moral Enquiry: Encyclopaedia, Genealogy, Tradition—a remarkable book that I’ve regularly referenced here in somewhat different contexts.

MacIntyre’s argument, perhaps counterintuitively, suggests that “intellectual diversity” isn’t necessarily a suitable target. Rather, for MacIntyre, universities are best conceived as engaged in the custodianship of a particular tradition of intellectual inquiry—that is, a set of a priori methodological and ethical convictions that one brings to the academic task. For its part, the liberal tradition attempts to sideline questions of ultimate value, instead electing to pursue a quest for knowledge through universal application of the canons of scientific rationalism. The genealogical tradition seeks liberation from the lattice of oppressive social structures and power dynamics that has defined Western civilization from its earliest days And the classical tradition pursues a distinctly essentialist understanding of the flourishing of human beings qua human beings, eventually culminating (in its theistic versions) in final union with God.

Helpfully, MacIntyre provides some examples of what this might look like in practice. A university committed to the “genealogical tradition” of inquiry might model itself after the University of Paris—Vincennes as of 1968, which counted Gilles Deleuze, Michel Foucault, Jean-François Lyotard, and Jacques Lacan, among others, among its faculty. Defenders of the classical tradition, by contrast, might look to the University of Paris around 1270, where Thomas Aquinas, Bonaventure, and Siger of Brabant all taught.

The crucial point here is that the adoption of such an overt identity doesn’t have to entail intellectual stagnation. Quite the opposite: intellectual life flourishes when thinkers don’t have to spend their time relitigating the same intractable disputes over first principles. To put it in the bluntest terms, Christian culture doesn’t produce paintings like Caravaggio’s if it spends all its time and energy arguing against folks like Christopher Hitchens. “Forward progress” within an intellectual tradition only happens if certain argumentative and normative ground rules are agreed upon (a point I’ve written about previously).

Today, the humanities student who sets foot on a modern university campus will probably encounter an assortment of thinkers from all three of the above traditions—though only the third type will likely self-identify as such explicitly—as well as others (Buddhism, for instance, would likely be in a category all its own). This buffet-style approach to foundational value questions, it seems to me, is a recipe for disengagement. Without some conceptual “connective tissue” unifying the range of perspectives on offer, education becomes little more than a very expensive version of Coursera (a point that feels painfully apt in this season of coronavirus): the student picks and chooses whatever strikes their fancy, and doesn’t leave the institution as a more integrated human being in any sense. Students instead learn to game classes for grades.

But happily, it nonetheless seems to me that the beginning of something like MacIntyre’s typology is slowly taking root in the American higher-ed marketplace, albeit unconsciously and probably unintentionally. Those interested in the “liberal tradition” (to the extent one can speak of such a thing) need look no further than lodestars like Harvard, Yale, Princeton, the University of Chicago, and so on. Those of a genealogical bent should seek out explicitly progressive institutions like the New School in Manhattan. And classicists and traditionalists might turn to Wyoming Catholic College, the University of Dallas, or (my alma mater) Patrick Henry College. (There are also some fascinating outliers, like the Tibetan Buddhist-inspired Naropa University in Colorado.)

A trend toward honestly confronting and disclosing institutional presuppositions, I think, would go a long way toward restoring confidence in the higher-education world (particularly among individuals on the political right). Open acknowledgment of one’s biases, tendencies, and philosophical endgame is the sort of thing that (at least for me) breeds more trust, not less. I may tend to disagree with the sort of person who writes a volume like Antifa: The Anti-Fascist Handbook, but I don’t feel like there’s any manipulation or underhandedness going on in such an argument.

More clarity about individual universities’ intellectual affiliations, so to speak, would also constructively reinforce the “subordinate” traditions their institutions embody and cultivate. This is a subject law professor Will Baude wrestles with in a recent Reason article, which considers how universities and law schools should conceive of their relationship to invited guests and famous alumni, whose professed politics (or better, values) may be radically out of step with those of the student body or school. On a MacIntyrean view, the question is simple: if your university is, say, confessionally Presbyterian, it doesn’t make any sense to honor an alumnus who’s spending his life stripping tax exemptions from churches.

None of this is to say that students (and individuals in general) shouldn’t be willing to engage interlocutors from traditions outside their own. Rather, it’s to suggest that merely opening up space for such debate isn’t really the function of an effective university, at least insofar as the university is conceived of in any genuinely formative sense. Maybe the lack of careful and reasoned discourse between adherents of rival traditions signifies the need for something like a modern-day Athenian agora, a great public space for disputations and controversies to be hashed out freely. But the role of the university, it seems to me, is substantially different. 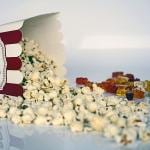 November 19, 2020
Why You Probably Hate Most Movie, Book, and Video Game Reviews These Days
Next Post 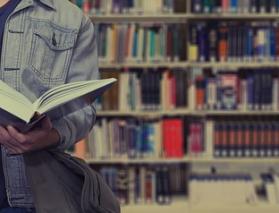 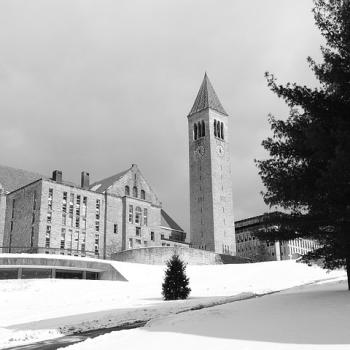