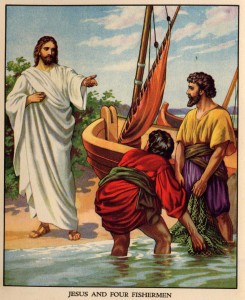 As odd as it may sound, despite all the discussion of Jesus and his teachings during the third quest for the historical Jesus, very little if any of it, has taken into account the way human memory works, or the scientific studies on human memory— until now. Robert McIver, an Australian NT scholar who teaches at Avondale College has written an interesting study attempting to assess the results of the scientific study of memory in so far as they may shed light on the Jesus tradition. The book is just out this year, and is entitled Memory, Jesus, and the Synoptic Gospels. We will be discussing his study in several posts, this being the first.

One of the over-arching themes of the study is the importance and nature of group memory. As late Western individualists, we have tended to study the Synoptic traditions on the basis of assumptions about this person’s individual memory or that person’s individual memory, and so on. McIver is right to insist that what we have in the Synoptics is not just resting on the slender thread of individual memory, but on group memory, self-sustaining and self-correcting group memory over a considerable period of time– say between A.D. 29 or so when Jesus said or did something and A.D. 68 or so when the first Synoptic Gospel, Mark, was written down. Even when this or that tradition is based on eye-witness testimony to something Jesus said and did, that testimony reaches us not directly but through the filter of the early Christians whose memories absorbed the story, and then passed it along in a largely oral way, in an overwhelming oral culture. McIver is rather agnostic about the notion that there were written sources used by, say Mark, or written sources in general before the Synoptic Gospels (with the possible exception of Q— which of course we have no material evidence for outside Matthew and Luke). He operates with a largely oral paradigm. At the outset, McIver warns “it is the quality of the individual memories making up the combined group ‘memory’ that determines the overall accuracy of the collective memory that is eventually formed.” (p. 5).

One of the signs of a good book is that the author is familiar with the scholarly discussion up to this point, and McIver’s book is up to date. For example, in the first chapter the author discusses Richard Bauckham’s theories about the eyewitnesses and the passing on of the Gospel tradition in his Jesus and the Eyewitnesses which has received much praised (including from me) and he contrasts what Bauckham says about the reliability of eyewitnesses with the work of Werner Kelber who comes to quite different conclusions based on the same data, and he also compares the even more skeptical work of John Dominic Crossan in his The Birth of Christianitybook.

Kelber’s critique of Bauckham is that Bauckham is operating with a ‘cold memory’ assumption, as opposed to a ‘hot memory’ assumption. What is meant by this distinction is as follows— by ‘cold memory Kelber means that the recipient of a saying of Jesus simply memorized that saying verbatim, and then passed it along without alteration to whoever came next. No, says Kelber, memory doesn’t work like that most of the time. Memory incorporates new evidence into a pre-existing mind and framework, and recasts what it has learned for its own new situation. Kelber emphasizes the re-socializing or re-contextualizing process that goes on in the active brain. Further, he stresses that at the end of the process when something is written down, you have creative Evangelists shaping the material according to their own purposes. Accordingly, Kelber is skeptical about the whole pursuit of ‘the original words of Jesus’. “For Kelber then,memory is not a mechanism for the preservation of the verbatim teachings of Jesus but rather a mechanism that is almost certain to introduce significant change into what is recorded.” (p. 8). Crossan is even less sanguine that things can be remembered verbatim over long periods of time before they are written down. So in his view, the majority of the Jesus tradition does not go back to Jesus himself. He bases this conclusion on assumptions not only about active memory, Kelber’s so-called hot memory, but also due to memory frailty. People forget things they have witnessed, or forget important parts of what they hear or see. McIver in due course will counter such assumptions by pointing out that we are not dealing with separate individual memories standing on their own, but from the very first a group of disciples and others who became disciples who heard and saw Jesus. In short we are dealing with collective memory and memories, which indeed is self-corrective. If, for example James Zebedee were to say, ‘you remember the day Jesus fed 20,000 people on the hills of Galilee’ five other disciples would shoot back ‘there weren’t nearly that many people. It only took twelve baskets to collect the leftovers.’ The point is that the Gospel tradition doesn’t hang on this individual memory or that individual memory in almost all cases. And herein lies the problem with comparing the Gospel tradition to say, the vageries of individual eyewitness testimonies in court today. In most cases, individuals who, say witness a terrible car accident, do not compare notes with all the other eyewitnesses before giving testimony. Indeed, they are encouraged not to do so, less their singular memories be tainted by someone else’s bias. What the first chapter of this book in fact shows is that regularly, even modern eyewitness testimony provides good ‘gist of the event’ testimony about what was actually said or happened or both. In short, Crossan’s extreme skepticism is unwarranted when it comes to eyewitness testimony. But Kelber’s discussion of hot memory must not be ignored.

December 13, 2011 Memories of Jesus, The McIver Book-- Part Two
Browse Our Archives
get the latest from
The Bible and Culture
Sign up for our newsletter
POPULAR AT PATHEOS Evangelical
1