The Stimulating Field of Text Criticism 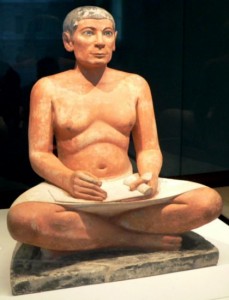 In a recent discussion on this blog we broached the subject of why the ending of Mark may be lost, and why the theory of deterioration may explain this, and why Mk. 16.9ff. is unlikely to be the original ending to this Gospel. In the following review by Larry Hurtado of a recent survey work on the field of textual criticism you will find reference to several books that provide a stimulus for further discussion on this matter, including Hurtado’s own important work.

It is not difficult to count letters and lines (and height and width) of an average page of papyrus, and do the math for a 20 foot scroll (the earliest NT manuscripts were more likely scrolls than codexes, though the latter were probably used some), and figure out whether there would have been sufficient space for the ‘long ending of Mark’, or for a more modified ending, such as I suggest we can ferret out from Mt. 28, the Matthean author still following Mark. See what you think of Larry’s review.

The following chapters form a chronological sequence from ancient to current time, and in each chapter Hull organizes his discussion with the headings mentioned in his subtitle. The “movers” are “the major players” over the centuries who have contributed to the field. The discussion of the “materials” addresses “the collecting, collating, and evaluating of witnesses to the text,” which include Greek manuscripts, ancient versions, and quotations of the New Testament in early Christian writers. “Motives” is his label for discussion of the questions pursued by textual critics, and Hull helpfully highlights how in recent decades the questions have multiplied well beyond simply how to arrive at the “original” text of New Testament writings. “Methods” designates developments in the criteria used to weigh variant readings and the approaches to coping with the considerable amount of data involved. By “models” Hull refers to what he regards as “watershed publications” that have advanced the discipline significantly, from earlier ones (e.g., Lachmann, Westcott and Hort) down to recent ones (e.g., David Parker’s detailed study of Codex Bezae and Bart Ehrman’s attention-grabbing volume, The Orthodox Corruption of Scripture).
In chapter 1, “Paul and Luke Become Published Authors,” Hull first briefly conveys the processes involved in the composition, sending, reading, and further distribution of Paul’s Epistle to the Romans and Luke’s Gospel. He then notes the need for New Testament textual criticism arising from the copying of these and other New Testament writings, which inevitably introduced variants, both “unconscious” (accidental) and “conscious” (deliberate).

Chapter 2, “The Precritical Age,” includes a brief review of the categories of witnesses to the New Testament (Greek manuscripts, vernacular translations, quotations in early church “fathers”) and a concise discussion of key figures (e.g., Origen, Jerome, Erasmus) and their motives and methods employed in addressing textual variation. My only quibble is with his reference to “the almost exclusive use of the codex format for Christian texts” (25). To be sure, early Christians overwhelmingly preferred the codex for writings that they treated as scripture, but, as I have shown elsewhere, they were somewhat less firmly committed to the codex for other religious texts. By my reckoning, about one-third of second- and third-century copies of extracanonical Christian writings (e.g., theological treatises, liturgical texts) are on rolls (see L. W. Hurtado, The Earliest Christian Artifacts: Manuscripts and Christian Origins, 43–93).

“The Age of Collecting” (ch. 3) focuses on the period from the first printed Greek New Testaments (sixteenth century) on through the contributions of subsequent figures (e.g., John Mill, Richard Bentley, J. A. Bengel, J. J. Wettstein, J. S. Semler), and “the collection, collating and cataloguing of hundreds of Greek manuscripts and versional witnesses” (52) in the seventeenth and eighteenth centuries. Some of what remain key witnesses (e.g., Codex Alexandrinus, Codex Vaticanus, Codex Bezae) came to notice then, and in figures such as Bengel we have impressive early articulations of criteria and principles to use in assessing textual evidence.

Chapters 4–5 deal with “The Age of Optimism,” the period from Griesbach (1745–1812) to the truly landmark work of Westcott and Hort, their edition of the Greek New Testament that appeared in 1881–1882. Chapter 4 presents lively sketches of the major figures of this period, such as Griesbach, Lachmann, von Tischendorf, Tregelles, and Westcott and Hort.
In chapter 5 Hull discusses their key contributions, in terms of their discovery and analysis of key evidence (e.g., Tischendorf and Codex Sinaiticus, Ferrar and Family 13) and underscores the key concern to move beyond the “Textus Receptus” to a critically based edition of the Greek New Testament. In a list of great men, it is unfortunate that Hull did not include reference to the remarkable twin sisters from Scotland, Agnes Smith Lewis and Margaret Dunlop Gibson, who discovered the Syriac Gospels manuscript in St. Catherine’s Monastery (see Janet Soskice, The Sisters of Sinai: How Two Lady Adventurers Discovered the Hidden Gospels, Knopf, 2009). Also, a couple of errors mar an otherwise fine discussion. The title of Westcott and Hort’s work is wrongly given on page 97. The description of textual “mixture” (101) is not quite right either. “Block mixture” happened when a copyist used one exemplar for part of a writing and then switched to another (with a somewhat different textual character) for the rest of it. But it is unlikely that copyists otherwise consulted more than one exemplar. So, other kinds of textual “mixture” likely arose through various other processes, for example, readers amending copies by comparison with other copies.

Chapter 6, “The Age of the Papyri,” focuses wholly on the wonderful increase in textual witnesses that characterized the twentieth century, among which early papyri copies of New Testament writings are particularly important. These include many items unearthed in Oxyrhynchus, the major cache of biblical papyri acquired by Chester Beatty, and also the remarkable Bodmer biblical papyri. Hull also includes brief information on a number of other witnesses, including important majuscule and minuscule manuscripts, lectionaries, and versional manuscripts.

In chapter 7, “The Age of Consensus, the Age of Doubt,” Hull continues his review of twentieth-century developments, focusing here on the key “movers, methods, and models.” These include von Soden’s massive project to map the “Byzantine/medieval” text of the New Testament, now commonly regarded as a noble failure, and the proposed “Caesarean text” and Streeter’s “local text” theory, which likewise have suffered severe critique. Hull rightly devotes attention here to Colwell, who in several important essays probed and pushed for methodological refinement in how manuscripts are categorized and how their evidence should be assessed. Hull also discusses debates about “thorough- going eclecticism” (in which emphasis in placed on judging variant readings on the basis of such factors as author’s style and without attention to the manuscripts that support variants). He even includes a brief description of “majority text” advocacy (i.e., the idea that the kind of text represented in the mass of late manuscripts is more likely “original”).

Chapter 8, “New Directions: Expanding the Goals of Textual Criticism,” takes us into the very recent and current scenes, in which fascinating new lines of inquiry and analysis have opened up. As Hull observes, “One of the most distinctive developments in New Testament textual criticism in the postmodern era and beyond is a broadening of its focus beyond the recovery of the original text to the history, motives, and effects of textual variation” (152). Citing Ehrman’s “groundbreaking study” mentioned earlier, Hull notes how today’s textual critics are more inclined to consider all variants as interesting and indicative of the historical forces that have affected the transmission of New Testament writings. He also considers recent questioning of the whole notion of “original” text (especially by Eldon Epp and David Parker), noting the preference of some now for aiming to recover the Ausgangtext, that is, the “initial text” that influenced subsequent copies. Hull discusses major text-critical projects of the twentieth century, prominent among which are the Bible Societies Greek New Testament, the International Greek New Testament Project, and the remarkable output and aims of the Institute for New Testament Textual Research in Münster. It is, however, unfortunate that Hull does not discuss the recent methodological proposal from the Münster Institute, the “Coherence- Based Genealogical Method,” which involves use of computer-technology to reconstruct the putative “textual flow” of New Testament writings (see further: http://www.uni- muenster.de/INTF/Genealogical_method.html).

The final chapter, “Reassessing the Discipline,” opens by noting what Hull describes as “a rebirth of interest” in New Testament textual criticism in the last several decades. This period has also seen the publication of further textual evidence (including a number of New Testament manuscripts in the Oxyrhynchus series). But Hull’s discussion is mainly given to developments in the ways that textual critics do their work now and some major contributions of this period. “One of the most promising” of these is attention given to “the production of manuscripts and the transmission of their texts within the social contexts of early Christianity,” citing Kim Haines-Eitzen’s Guardians of Letters (2009) as a pioneering work. Hull also right notes that others recently have questioned the assumption that deliberate changes should be attributed to scribes/copyists and that readers/users of texts are more likely to have introduced such changes. Hull describes James Royse’s massive study, Scribal Habits in Early Greek New Testament Papyri (2008), as a work that provides a wealth of data and that requires adjustment in criteria used to assess variants.

In a section of this chapter on “Manuscripts as Artifacts,” Hull reviews how recent work has opened up “windows into the world of early Christianity” (179). The early Christian preference for the codex, the scribal practice called “nomina sacra,” the “staurogram” (the fascinating device formed by the combination of the Greek tau and rho), and a number of other physical features of early New Testament manuscripts make these items artifacts of early Christian reading and transmission of their sacred texts. One correction: the tau-rho device is not “uniquely Christian” (185) but is a pre-Christian device adopted by Christians and used in a distinctive manner, correctly described by Hull as likely a pictographic reference to the crucified Jesus.

In the final pages Hull helpfully list ten “suggestions for research” that might be engaged by future researchers. As he observes, there is “no shortage of opportunities for younger scholars” (189). A twenty-three-page bibliography and indexes of biblical citations, persons, and subjects completes this very useful volume.

     This review was published by RBL 2012 by the Society of Biblical Literature. For more information on obtaining a subscription to RBL, please visit http://www.bookreviews.org/subscribe.asp.
     

March 5, 2012 Dublin Down: Dublin Papyri
Browse Our Archives
Follow Us!

The Art of the Cranachs
A video about the patron of this blog, Lucas Cranach and his...
view all Evangelical blogs
Copyright 2008-2020, Patheos. All rights reserved.