Critical Thinking— What Is it and Why is it Important to Believers?

Critical Thinking— What Is it and Why is it Important to Believers? April 29, 2012 Ben Witherington 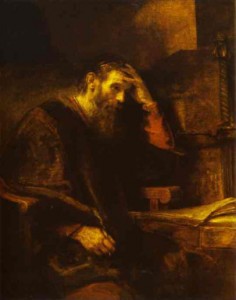 Critical thinking has become something of a hot topic in reason years, even within the context of conservative Christianity. Here, to start us off are several definitions culled from the Wikipedia page on critical thinking—

You will notice that ‘critical thinking’ often comes up in the context of persons trying to decide what to believe and what not to believe. Unfortunately, ‘critical thinking’ has sometimes gotten a bad name, especially in very conservative Protestant circles because it is associated with people negatively assessing or even criticizing the Bible. This is unfortunate on various grounds. If you want to see a presentation of what the component of critical thinking known as ‘deductive logic’ is like watch any episode of the recently acclaimed series Sherlock (BBC) in which Benedict Cumberbatch plays Sherlock. But critical thinking is not just the ability to construct syllogisms and thinking logically. Nor is it merely the ability to reason from a hypothesis to a conclusion.

Critical thinking involves thinking about epistemology, the study of how we know what we know, and even the study of whether we can know certain kinds of things. Philosophers of this particular field talk about the epistemic principles of the mind. Critical thinking also involves reasoning carefully about the role presuppositions play in one’s belief system and one’s reasoning.

For example, when it was presupposed that the sun revolved around the earth and the earth was the center of the universe, people reasoned as follows— ‘since it is evident, and we can see with the naked eye that the sun revolves around the earth……’ . The problem of course was not the reasoning which followed from this presupposition or premise that was taken for granted, or the amount of logic applied to the inferences one draws from such a presupposition, the problem was the presupposition itself. Or, take the case of the person that dogmatically says ‘miracles don’t happen because in the natural world as it exists they can’t happen’. Now the person may be capable of all kinds of critical thinking about things other than this presupposition. He may appear to be a very rational being. But his initial assumption has forced him to only allow and follow certain kinds of rabbit trails of evidence and so his reasoning circle and cycle is too small, too confined because of the narrowness of his presuppositions. Critical thinking needs to involve not just the logic of one’s arguments, or one’s ability to analyze accurately empirical evidence. It also needs to be able to assess presuppositions.

In the context of conservative Protestantism, there has often been an anti-intellectual spirit that has ruled out of court, ab initio, critical thinking. This has been seen as corrosive or destructive to a person’s Christian faith. It has sometimes come with the advice of my Southern Baptist grandmother– ‘don’t be so open minded that your brains fall out’.
Another form that this anti-intellectualism takes is pneumatic. For example I once had a rather Pentecostal student come to me and say’ I don’t know why I need to learn all this history stuff to preach the Bible. Why I can just get up into the pulpit and the Spirit will give me utterance.’ My reply was— ‘yes Charlie you can do that but its a shame you are not giving the Holy Spirit more to work with. Beware of using the Holy Spirit as a labor saving device’.

In my view, two of the crucial reasons even conservative Protestants need to learn how to think critically are: 1) they need to be able to defend their faith, and talk reasonably and rationally about it to skeptics and antagonists; and 2) since Christianity is not a philosophy of life but rather an historical religion it is absolutely necessary to be able to analyze historical evidence, sift data, assess conclusions, sort out whether certain kinds of arguments or interpretations of the Bible and historical evidence are faulty or not, and so on.

A good opportunity to apply such skills has arisen lately with the exploration of Talpiot Tomb B aka the Patio tomb and the ossuaries that have been found in it. Here are a few questions that one can reflect on: 1) is it true that ossuaries were only used for early Jewish burials in the vicinity of Jerusalem up to A.D. 70 or did such a practice continue into the second century, at least until the repression of the Bar Kokhba revolt? This is a historical question that needs to be answered with historical evidence, not presuppositions; 2) is it true that only Christians used images of Jonah to express something about their faith in resurrection? 3) why is it that equally capable and critical scholars come to such differing conclusions about whether the image on the ossuary in question is a) a fish, b) a nephesh, c) an amphora? 4) why is it that equally capable scholars read the inscription on one of the other ossuaries in various ways, some thinking nothing is said about resurrection in the inscription some thinking there is, and some thinking its a pagan inscription, and some thinking it isn’t?

What roles do presuppositions and wishful thinking play in where one scholar or another comes down on these issues?

April 28, 2012
Wright and Wrong on the New Perspective on Paul
Next Post

April 30, 2012 Evangelicals and the Religious Left
Browse Our Archives
get the latest updates from
The Bible and Culture
and the Patheos
Evangelical
Channel
POPULAR AT PATHEOS Evangelical
1