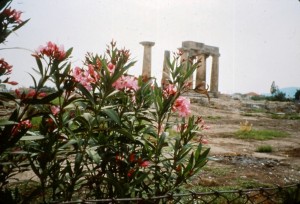 (The following is a helpful post by Larry Hurtado.  It also reminds us that it is possible for Evangelicals to look really stupid when they over-react to something without doing fact check first).

I’ve just been alerted to the latest hysterical reaction to translating the NT. (Of course, the week isn’t over yet, so we could get something else by Friday!) In the new translation called The Voice Bible (Thomas Nelson Publishers), the choice was made to go for a more dynamic translation of some familiar words. The one that seems to have got some folks all worked up is the translation of the Greek word Christos as “the anointed one”. Hysterical people and some news outlets scream: “New translation takes Christ out of the Bible!” So, e.g., the lead scholar in the project, Dr. David Capes (Houston Baptist University), gets interviewed on CNN about why they’ve done this, and across blog-dom the hysterics spread.

So, for the record: CNN and USAToday have misrepresented the translation. Nobody’s removed Jesus from the NT. The translation “anointed” is simply what “Christos means. It’s not a name, of course, but a title.

The translation is from an avowed Evangelical Christian publisher, and Capes is a devout Christian as well as a fine NT scholar. But, because of the hysterical headlines, they’re having to spend a lot of time correcting and re-assuring. Some say there’s no such thing as bad publicity, but I’m not so sure. Hysterics can be dangerous, like shouting “fire!” in a crowded theatre.

The translation choices of The Voice can be evaluated as to how effective they will be in the intended aim of trying to produce a Bible that can be engaged and understood by the average person who doesn’t go to church. But there’s no conspiracy to take Jesus out of the Bible or Christian faith. Whew! That’s a relief!

May 10, 2012 The New Cambridge History of the Bible
Browse Our Archives
Follow Us!

Where Is God in This Pandemic?
Roger E. Olson
Books by This Author Books by Ben Witherington

Evangelical
Professor's Yuan's Testimony about his Homosexuality
The Bible and Culture

Evangelical
Why Would a NT Scholar Resort to Writing...
The Bible and Culture