I have written encomiums and odes to Fenway Park before, even last summer as its 100 anniversary began, so I will in this post conclude this brief series with the lionizing of the BSO, including its popular off spring the Boston Pops, and perhaps most especially Symphony Hall, another museum in itself. 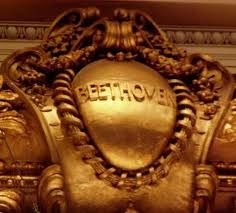 In 1900 Boston’s ‘new’ Symphony Hall opened. Dedicated to great classical music (especially that of the killer B’s– Bach, Beethoven, Brahms) this Hall quickly established itself as acoustically one of the greatest venues in America for any sort of music. If you visit it today, its second floor has many exhibits of the great concerts performed here. For example Rachmaninoff performed here some 30 times in the early 20th century. My wife Ann and I used to come here regularly in the 1970s and by student rush tickets for the princely sum of $1.50 each. They were turned-back tickets of season ticket holders and they were often incredible seats on the floor. 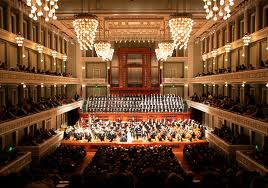 We heard a huge swath of great classical and popular music. I remember a particularly interesting concert by Gordon Lightfoot in this venue. My journey on this trip however was to go to the Gala Boston Pops tribute to the Red Sox, Bruins, Patriots, and Celtics, complete with video footage of the seven championships these teams have won in the last decade. It has been a remarkable season for die hard sports fans in Boston. 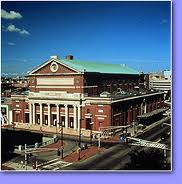 For this particular concert, all the stops were pulled out. We had Andre the Giant Tippett (major defensive player for the Pats) read the parable of the football to interesting music. We had El Tiante and Jim Lomborg conducting the symphony along with maestro Keith Lockhart. We had Bobby Valentine, and Wally the mascot putting in cameo appearances. We had Kelly Shopach the catcher throwing out souvenir baseballs (no not the real kind). We had the Drop Kick Murphy’s singing Tessie and Shipping up to Boston, both fan song favorites at the Red Sox games. And we had Josh Cantor the organist from Fenway playing the organ during intermission. They even served Fenway Franks and Sam Adams during intermissions! 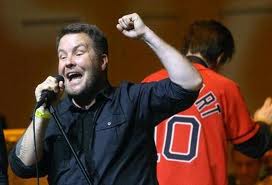 As for the musical fare, it was John Williams tribute to the Red Sox in their 100 season at Fenway, and his Olympic suite. It was Carmina Burana by Orff for the Celtics, it was Sweet Caroline, which we all were singing, it was Take Me Out to the Ballgame, it was Chariots of Fire by Vangellis, it was Thus Spake Zarathustra by Strauss, and last but not least it was Queen’s We Are the Champions.

This was actually my first Pops concert in Symphony Hall, and though it was decidedly a low brow concert it was a delight, especially to see the passion of the Bostonians for their many championship teams, as they roared and clapped as the highlights were shown while the music played. A great time was had by all of us Boston fans.

June 23, 2012 The Theology of Gift--- an Other Directed Blessing
Browse Our Archives
Related posts from The Bible and Culture