The Problem with PhDs 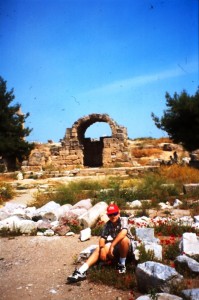 I’ve been asked frequently of late about where and whether to do a PhD if one wants to pursue a career in teaching the Bible. First of all, let me be clear that it depends on what sort of teaching you have in mind. If by teaching the Bible you mean at the level of a Christian high school or in the church, then no…. you don’t need a PhD. If by teaching the Bible you mean in various places on the mission field, then again, no, you don’t need a PhD. If however you feel you are called to teach in Europe or Down Under, or in North America, or in various other places where doctoral degrees are the necessary terminal degree and pre-requisite for teaching, then yes you need such a degree.

The second question I am usually asked is— where should I get a PhD? Of course much depends on where you believe you will be called to teach. If you feel you are called to teach the Bible in secular colleges and universities, then frankly you will need a degree from an institution of that sort, in all likelihood. One reason this is especially true these days is because frankly there is glut of PhDs out there looking for work in North America. If however you feel called to teach at a Christian college or seminary of some sort, then you may not need such a degree. A degree from Trinity or Fuller or Asbury may be just fine for such a calling. It just all depends on what sort of venue God is guiding you to teach in.

A third question I am frequently asked is what about going part time or doing a good deal of it online? Nowadays this is becoming increasingly common, but I really do not recommend it. This is about the least advisable way to get a PhD, but often for financial reasons it is the way some bright students go. The reason I don’t recommend it is that doctoral work is extensive and intensive, and its very difficult to do total immersion a bit at a time. You keep starting and stopping, and you find yourself having to continually rev yourself up again and get back up to speed. Not good. You need a continuous flow of development and growing skill and understanding.

Yet another question I am asked is what are the pros and cons of doing doctoral work in North America vs. in Europe or Down Under or South Africa etc.?

The American system of doctoral work is necessarily long and lugubrious, in part because the process is supposed to weed out the weaker candidates. If they can’t run the gauntlet they are given the consolation prize (an MTh or the like) and let go. Normally this process takes a good five years, not to mention a lot of life blood and mental energy and money.

Even in Kentucky, one of the poorest states in the union, it ends up costing about $30,000 a year to do this process. You can multiply that by 5 or 6. What about scholarships you say? Well there are loans, and grants, and scholarship to be sure, but increasingly it is loans that are available for a good reason—- doctoral programs are loss leaders— they do not make money. They are labor intensive for both the professor and the student. Some schools these days are only taking one or two students a year in Biblical Studies both because of the cost of seeing them through to the end, and frankly because of the lack of full time jobs in the field.

I am in a rather unusual position in that I am on the doctoral faculty both in an American program and in a European one (Asbury and St. Andrews). This gives me some perspective on the relative merits of each, and I have to say that each have strengths and weaknesses, but on the whole if we are talking about a student who has already had plenty of Bible, writes well, knows his or her languages, and frankly doesn’t need a lot more course work or comprehensive exams, then the European program is to be preferred.

Yes, there is the disadvantage that when it come to employment time you are not immediately in the American network or good ole boy network for hiring over here, but that can be overcome. It is telling to me that of the more well known and widely published North American Evangelical scholars of my generation, almost all of them took their degrees in the U.K.— that includes me, Darrell Bock, Joel Green, Scot McKnight, and many more.

The problem as well with giving advice as to where to study is that it is a moving target. By this I mean that it all depends on who is on what faculty when, who is gone on sabbatical, who has a full compliment of doctoral students and so on. I was initially going to go to and was accepted at Oxford and wanted to work with J.N.D. Kelly, but he was near retirement, and so instead I went to Durham and worked with C.K. Barrett. I could have gone to Princeton and worked with Bruce Metzger, but frankly it was too long and too expensive and involved some redundancy in my case. I had already had 13 exegesis courses in seminary and with excellent professors— Lincoln, Fee, Scholer, Michael.

What I am suggesting of course is that one must count the cost in every sense of that word before pursuing a PhD. I have much more to say about this in my book Is There a Doctor in the House? where I talk about the toll such a degree takes not only on the individual but on his family and resources. Think about these things.

June 23, 2012
The Theology of Gift--- an Other Directed Blessing
Next Post

June 25, 2012 'It is Not Good for Man to Be Alone'-- Five Months Later
Browse Our Archives
Related posts from The Bible and Culture

The problem with Vanna White’s marriage advice
When Vanna White received a star on the Hollywood Walk of Fame,...
view all Evangelical blogs
Copyright 2008-2021, Patheos. All rights reserved.
Close Ad